STAR TURNS were distinctly thin on the ground at Newmarket last week.

Aidan O’Brien doesn’t miss many dances but he only sent one runner over to HQ and just could not see Western Australia getting beat. 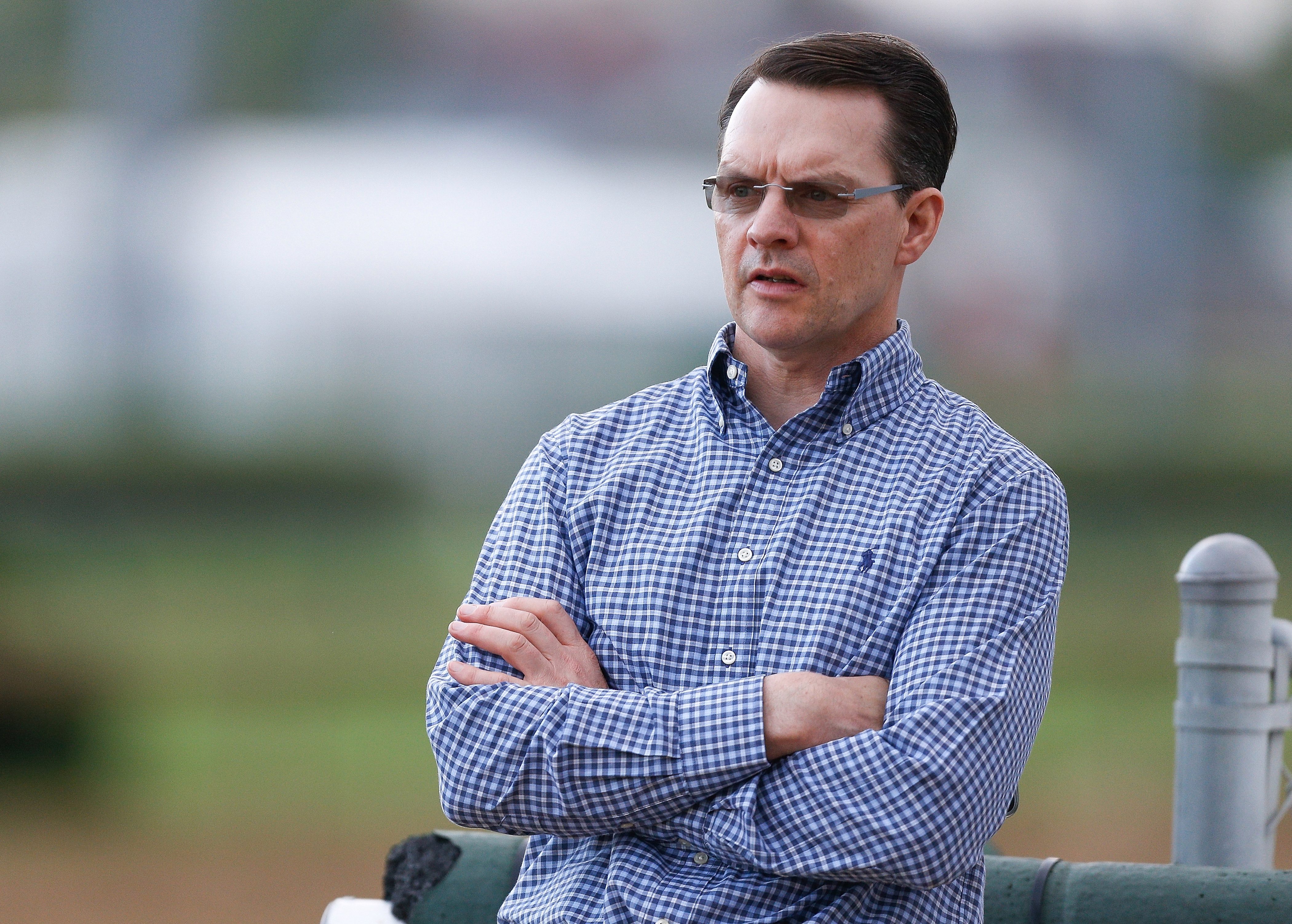 Someone close to the yard managed to get £50,000 on to pay for the kid’s school fees, but the horse went down by the length of Southend Pier so those ankle biters will have to sit tight in the local comp for a couple of terms.

By the way, the word on O’Brien’s 2000 Guineas hope Magna Grecia is that he might need softish ground and a bit further than a mile to be seen at his best.

William Haggas has got a grin Colgate’s advertising department would kill for, and he looked exceptionally chipper after Skardu (13-2 to 3-1) landed a proper punt in the Craven Stakes.

Mind you, he had the rub of the green as Christophe Soumillon got Royal Marine into more trouble than an eco-warrior on Waterloo Bridge before flying home for fourth. It wasn’t the greatest Classic trial ever run, but I wouldn’t fall over if this duo figured at the business end of the 2000 Guineas.

It takes a lot to get Roger Varian jiggy, but he was almost excited after heavily punted Qabala (8-1 to 100-30) bolted-up in the Nell Gwyn.

Spare a thought for Varian’s jockey Andrea Atzeni, who must be the only fella who had a more frustrating week than Pep Guardiola.

Little Andrea dropped a clanger by picking Mot Juste ahead of Qabala and then copped a six-day ban for a whip offence on Thursday that has ruled him out of the Guineas Meeting.

It was interesting to ultra-shrewd Barry Hills on hand to supervise 2000 Guineas longshot Phoenix Of Spain’s racecourse gallop before racing on Tuesday.

Quick ground and a low draw could be right up REGGAE RUNNER’S (2.25) street at Musselburgh today, while RAINBOW HEART (2.35) will take a bit of catching on the all-weather at Kempton Park.

The nap on that card is SENZA LIMITI (3.10). William Haggas couldn’t stop himself making positive noises about this one at Newmarket earlier in the week and he will be hard to beat.

Barrington made a career out of getting the little things right, and if he thought it was worth jumping out of bed to watch this horse work then it’s a pound to a penny he’s got a squeak in our first Classic.

Dapper Hughie Morrison’s team are zinging and he was strutting like Travolta after Telecaster (7-4 to 10-11) ran away with a novice event at Windsor on Monday.

Oisin Murphy has slung his leg over a few decent horses, so it was double interesting to hear him tell Hughie that this is the best middle-distance colt he’s ridden in 2019.

The Dante and Irish Derby have been whispered as targets and this bad boy is definitely one to keep in your notebook.