BARCELONA legend Andres Iniesta shared a picture from his hospital bed after undergoing surgery on a thigh injury.

The Spanish midfielder, 36, now plays for Vissel Kobe in Japan and will be out of action for four months but said the operation was a "success and I am feeling very well". 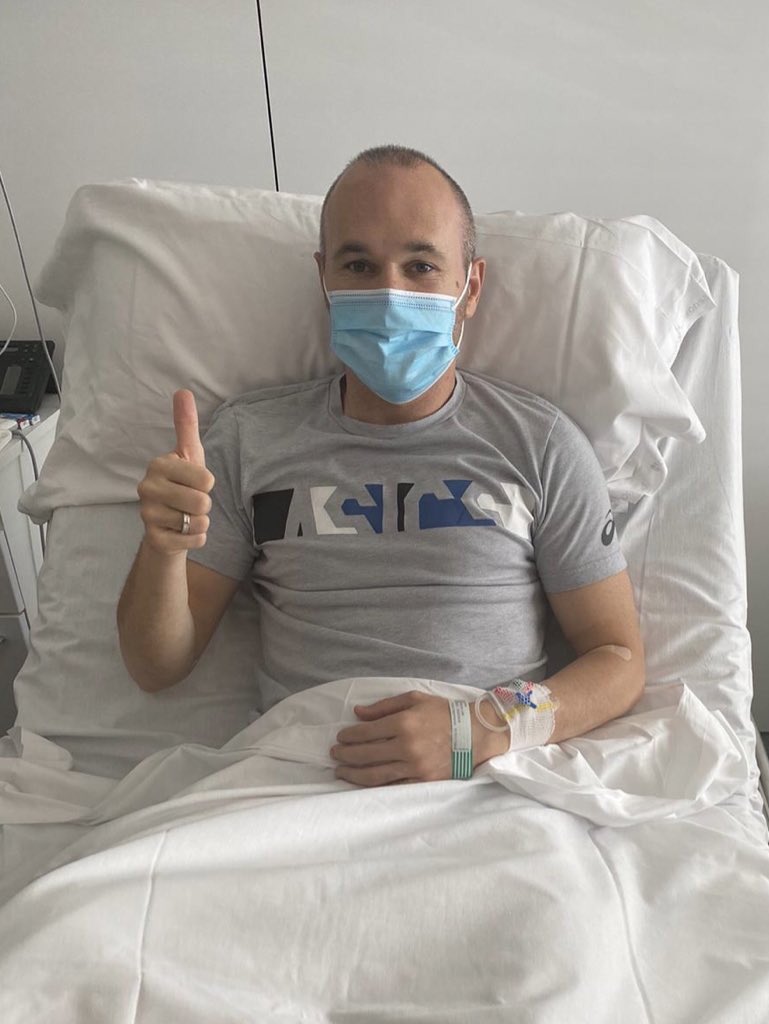 Iniesta returned to his home in Barcelona and was operated on by renowned sports surgeon Ramon Cugat.

In a statement released alongside the image on Twitter, Iniesta said: "Hello everybody, last week in the ACL quarter-final match against Suwon, I broke the rectus femoris of my right leg.

"After many tests, I took the advice of my medical team and we have considered that the best option for me was to get surgery and speed up the recovery.

The surgery has been a success and I am feeling very well."

"The surgery has been a success and I am feeling very well.

"My objective is to get back on track as soon as possible and enjoy what I like doing the most.

"All my energy is already put into the recovery and the work that lies ahead.

"I want to thank all of you for your kind words, thank Vissel Kobe and the club's medical services for their support, and especially to Doctor Ramon Cugat and his team."

Iniesta quit the Nou Camp for Vissel Kobe in 2018 and retired from international duty after the World Cup in the same year.

A Blaugrana icon, Iniesta made 674 appearances for the club and was named in the Uefa fans' all-time XI.