After their pulsating start to the Premier League season under new boss Maurizio Sarri, the realities came to roost at the Molineux. 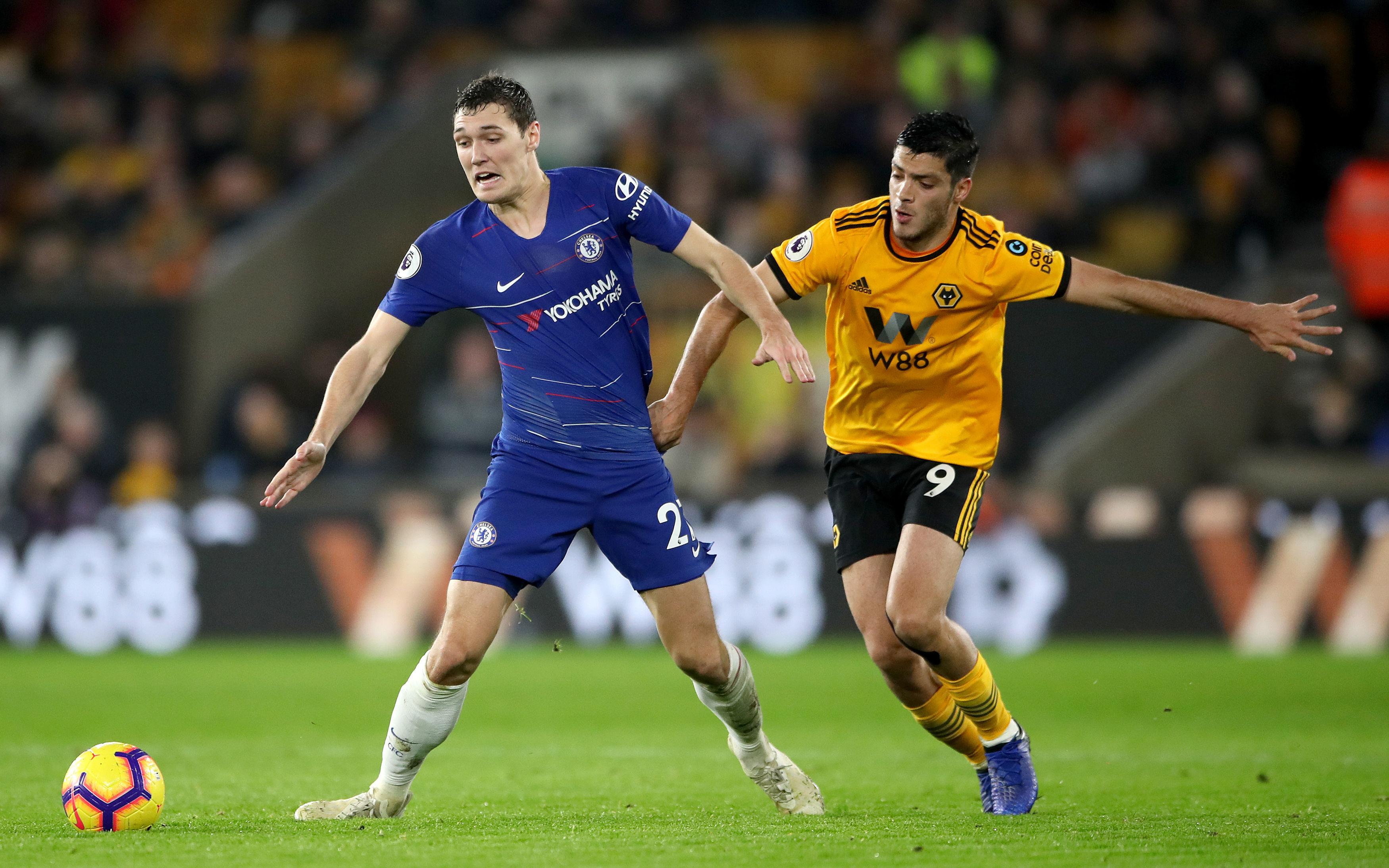 The issues in this team are not only in the attack, once again on show as fragile Alvaro Morata spent most of the night on the floor before being hooked midway through the second half.

In January, Chelsea need not only a hitman up front but a hard man in the back.

After a comfortable first 45 minutes, Sarri’s men were battered and bullied by Wolves in what was a humbling defeat that exposed the weaknesses in this team.

With nine games in December, Sarri shuffled his pack at Wolves with Cesc Fabregas, Ruben Loftus-Cheek and Andreas Christensen making their first league starts of the season. 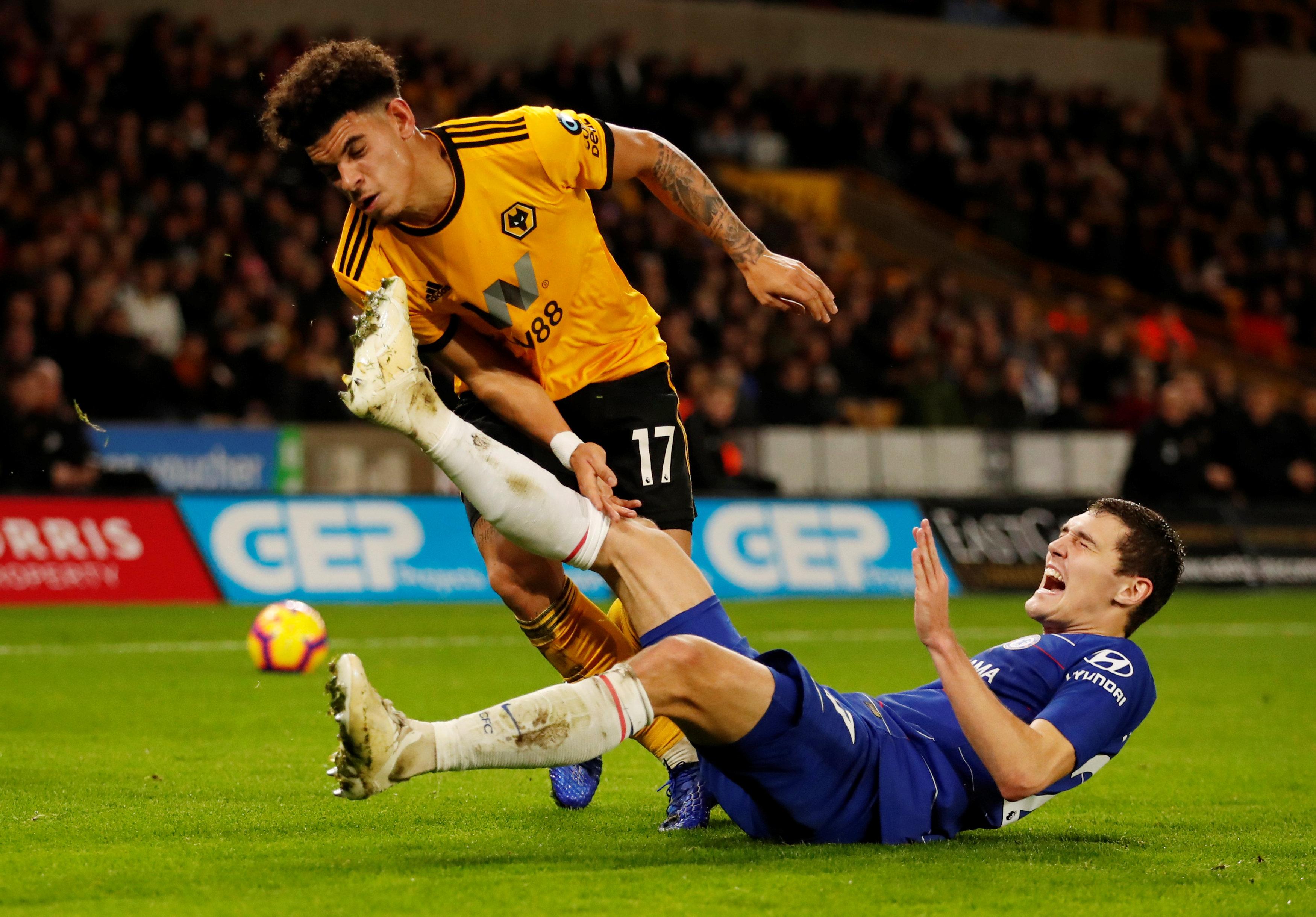 It was an an opportunity for 22-year-old Christensen to prove himself to new boss Sarri in what was his first appearance in the Prem since May.

With David Luiz’s dismal display at Wembley a fortnight ago, this was a chance for Christensen to step up.

But the Great Dane looked more like Chelsea’s Chihuahua out there.

Under Antonio Conte, Christensen was a regular in a back-three after his successful two-year loan spell with Borussia Monchengladbach in the Bundesliga. 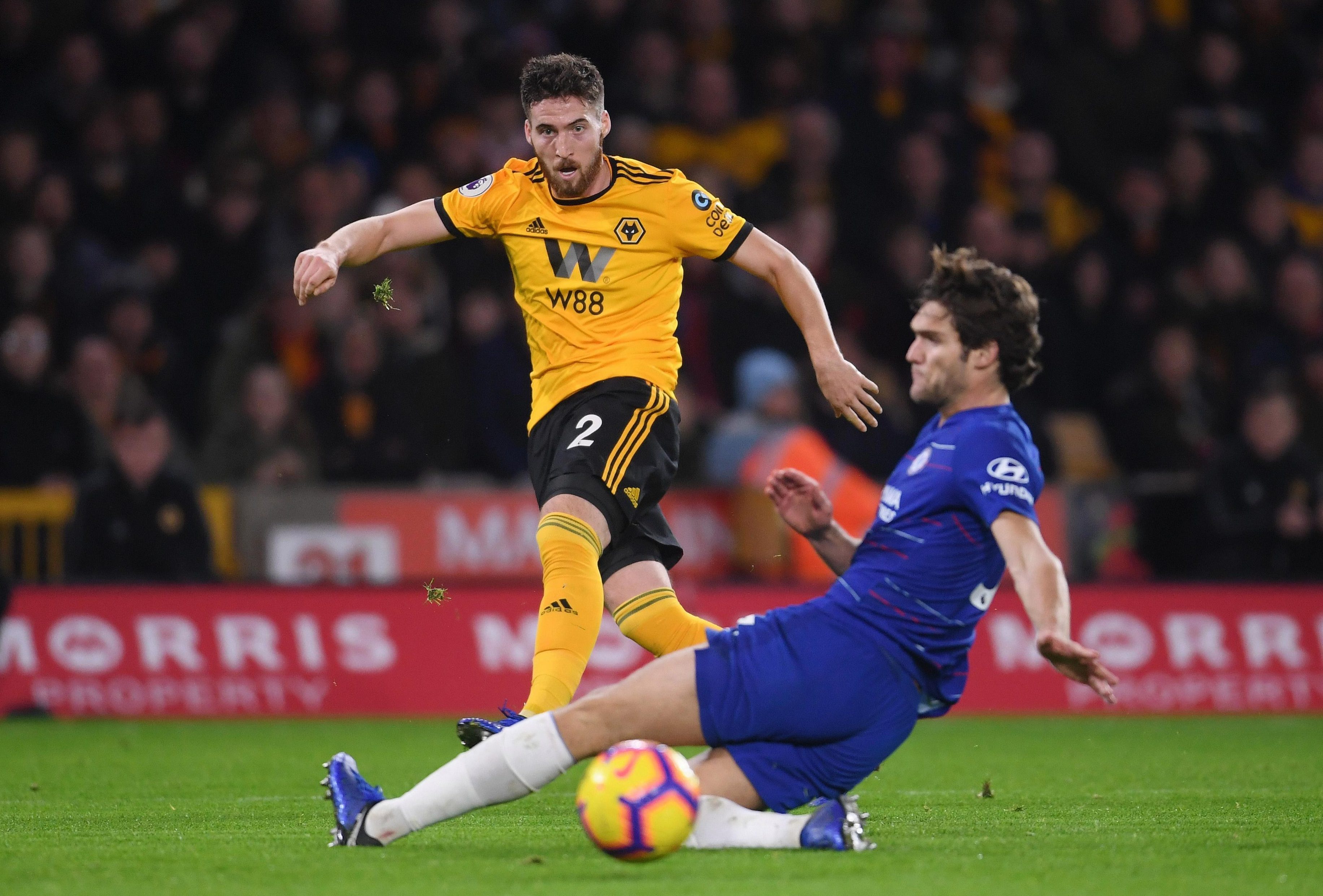 He was not used to being on the peripheries.

Having made 27 league appearances last year, Christensen has spent the entirety of this league campaign sat in the dugout.

Here he got his chance, and it might be the last.

Christensen was at fault for Wolves’ first goal of the night after failing to get a challenge in on Raul Jimenez which allowed the hosts back in the game. 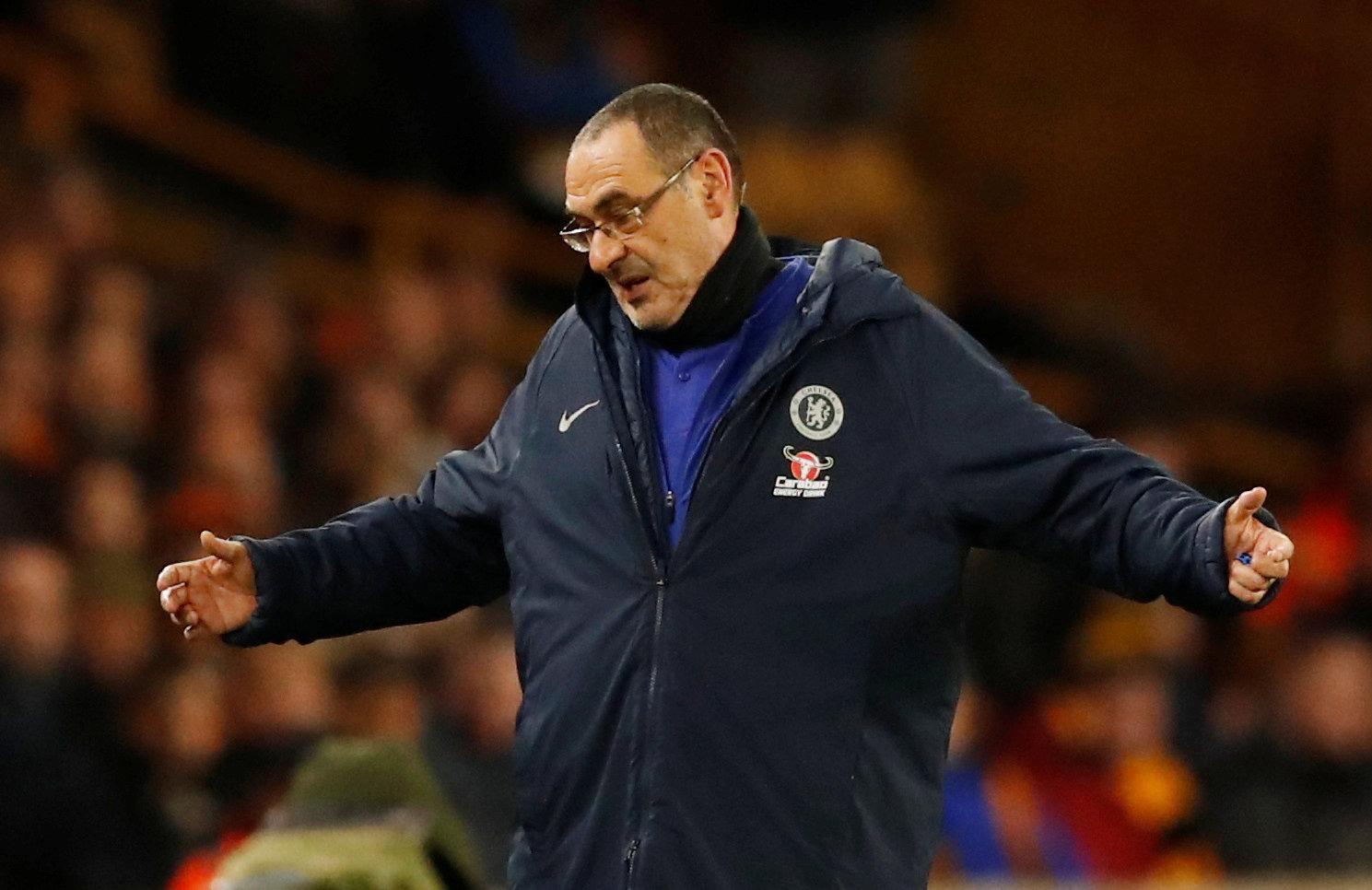 Chelsea’s defence looked at each other in dismay, and it was no surprise when Diogo Jota got the second four minutes later after Sarri’s back-four crumbled again.

Unprotected by N’Golo Kante and lacking a leader, this defence needs some serious work.

Never has Chelsea missed the presence of John Terry as much they do now, a man who can organise, arrange and lead.

Despite the lack of goals from his strikers, Sarri’s team does have a constant attacking threat with the thrilling Eden Hazard — for now, anyway.

It is in defence that the big problems lie, and that must be addressed in January.