Anthony Carter is one of the most consequential figures in Miami Heat history. And it was all because of a mistake.

Sure, any Knicks fan will tell you that Carter came out of nowhere to beat their team at the buzzer in Game 3 of the 2000 Eastern Conference semifinals. But Carter was never a star. Far from it: He spent the first four seasons of his 13-year N.B.A. career as a reserve for the Heat, averaging between 4.1 and 6.3 points a game.

And as great as the Knicks shot was, it was something that happened years afterward that forever enshrined Carter in Heat lore.

After the 2002-03 season, Carter, then 27, was planning to exercise a $4.1 million player option to remain in Miami. Picking up the option was a no-brainer. Carter was coming off a disappointing season in which he averaged 4.1 points on .356 shooting in 49 games. For a player with that stat line, $4.1 million was a fortune.

Except Carter’s agent, Bill Duffy, failed to notify the Heat by the June 30 deadline that Carter was coming back. Instead of locking in another season in Miami, Carter accidentally became a free agent.

The mistake cost him at least $3 million. Carter had to settle for a minimum contract with the San Antonio Spurs — roughly $750,000 — the next season, rather than the $4.1 million he would have locked in by exercising his option.

As criticism rained down on Duffy, the agent offered to make it right. He would pay Carter $3 million out of his own pocket — through an agreed-upon payment schedule — to make up for the mistake, essentially the difference between his Spurs contract and the Heat salary he had forfeited. It was an unusual and virtually unprecedented move.

This year marked the last of those payments, with Carter confirming in an interview this week that Duffy made good on his promise.

That was hardly a surprise for Carter, who said he never considered firing Duffy in the wake of the incident. 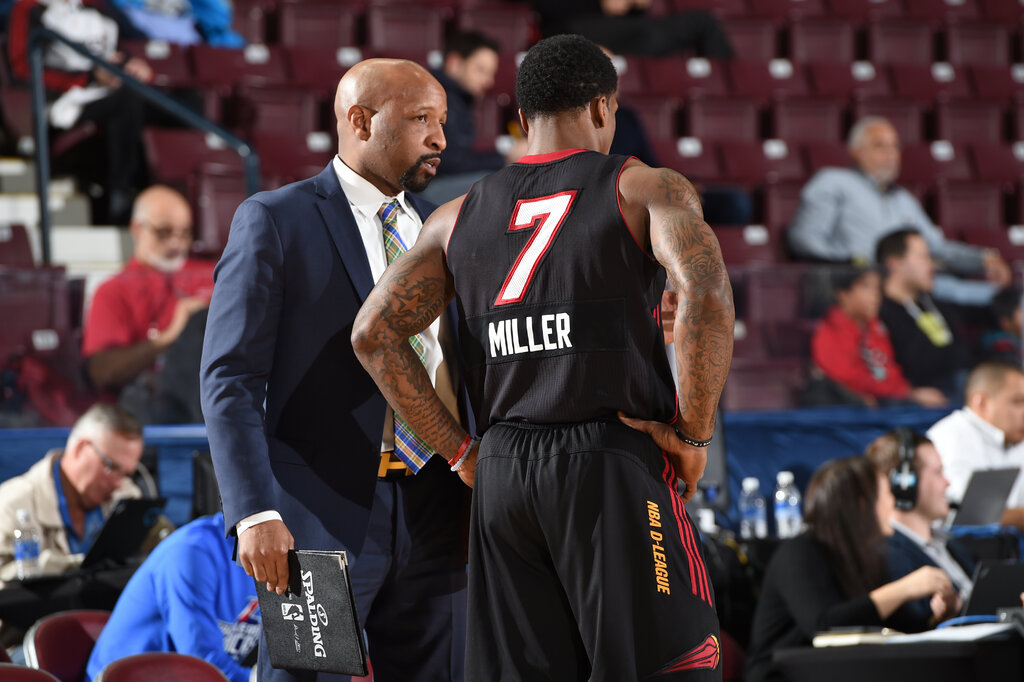 ‘I wasn’t even mad, to tell you the truth. I didn’t think anything of it until lawyers and stuff called. I didn’t jump to any conclusions.’

Anthony Carter, who coached in the N.B.A.'s development league before joining the Heat as an assistant, on his relationship with his agent.

“I wasn’t even mad, to tell you the truth,” said Carter, who is now back with the Heat as an assistant coach. “I didn’t think anything of it until lawyers and stuff called. I didn’t jump to any conclusions. I didn’t say, ‘What happened?’ Because I knew what type of person he was. Things happen.”

It was a blunder that had cascading effects.

The most noteworthy ripple was that it gave Pat Riley, the Heat’s president, an unexpected amount of cap space that summer, which he used to sign Lamar Odom as a free agent. One year later, in 2004, Odom was the centerpiece of a trade with the Los Angeles Lakers for Shaquille O’Neal.

Two years after acquiring O’Neal, Miami won its first N.B.A. championship. It was Duffy’s clerical error that, at least in part, allowed the championship to happen. That turned Carter’s contract situation with the Heat into one of the all-time “What Ifs?” in league history.

While Carter’s loyalty to Duffy may seem baffling to some, it was a result of Duffy’s previous faith in Carter.

Carter’s making it to the N.B.A. at all was a long shot. He dropped out of Alonzo A. Crim High School in Atlanta after his freshman year. He spent the next three years traveling around the city and playing basketball games for money to make a living. At one of those games in 1994, an opponent offered to send a tape highlighting Carter’s game to the coach at Saddleback College, a junior college in California. With some help of friends and family, Carter got his G.E.D. and headed west. Two years later, he transferred to the University of Hawaii, a Division I program.

In 1998, months after he injured his left shoulder before his senior year at Hawaii, Carter damaged it more seriously on the first day of a camp ahead of the N.B.A. draft. The injury required surgery and other agents stopped pursuing him, assuming that his N.B.A. hopes were dead. All of them, that is, except for Duffy, who stuck with Carter and arranged for him to sign with the Heat after he went undrafted. He spent four years with the team.

Duffy’s mistake could have been as damaging to his future as it was to Carter’s. But in promising to pay back Carter, his loyalty instead became a selling point for his services.

“When this happened, I was hearing from a lot of people because I took responsibility,” Duffy said. “I took ownership of it and took care of it and he was taken care of.

“I’ve had Wall Street people call me and say: ‘Man, that happens all the time. Everybody tries to hide from it. They try to pass the buck. You stood up for it. You took care of it.’ I actually gained a lot of respect from people.” 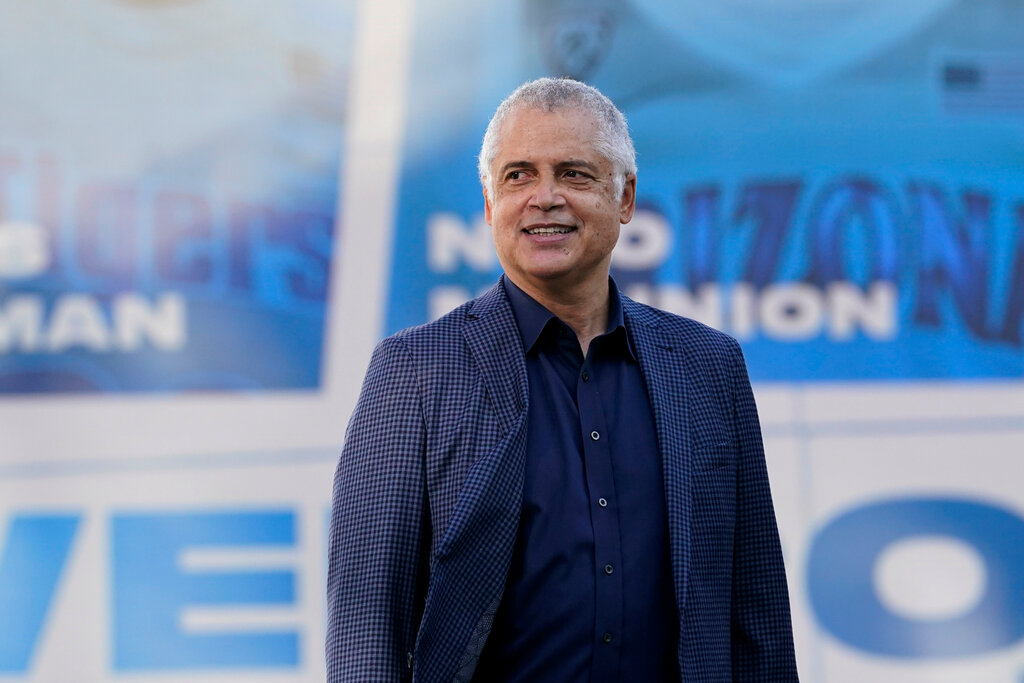 ‘When this happened, I was hearing from a lot of people because I took responsibility. I took ownership of it and took care of it.’

At the time, it took days for the news of the filing error to reach Carter. Duffy, who declined to go into the specifics of how the oversight occurred, first learned about from the team. Llew Haden, Carter’s close friend and financial adviser, said he heard about it on July 4, when a reporter called looking for a comment.

“I know my emotion wasn’t anger,” Haden said. “First, I was just astounded. ‘How in the hell could something like this happen?’ And then it was, ‘What are we going to do next?’”

N.B.A. agents are known to be hypercompetitive. Yet both Carter and Haden said they did not receive any calls from Duffy’s competitors. Instead, Haden theorized, they may have been celebrating a rival’s apparent professional downfall.

“I think most of them were just dancing up and down in the halls,” Haden said. “They were going to be able to get clients who would be tempted to go with them.”

In fact, from the day they received the news, the only calls that Carter and Haden received were from lawyers offering to represent Carter pro bono to sue Duffy — offers they never seriously considered.

Duffy flew to Atlanta that week to meet with Carter and Haden and work out their financial arrangement: a series of payments — a sort of annuity lasting until 2020 — that would make Carter whole.

“He was there for me from Day 1,” Carter said. “I just knew I was going to stick with him regardless, and to this day, we have a close friendship.”

Duffy’s business survived the mistake, too. Today, he has a stable roster of N.B.A. clients, including Luka Doncic, Rajon Rondo and Goran Dragic.

After leaving the Heat, Carter stayed in the league for nine more seasons. He developed a reputation as a hard worker and was a key player on the 2008-2009 Denver Nuggets, who went to the Western Conference finals. According to Basketball Reference, Carter’s N.B.A. earnings are estimated at $17 million, less than what many current players now collect in a single season. The $3 million in restitution from Duffy represents a significant portion of his career earnings.

Carter and Duffy have maintained an enduring relationship. Duffy has given Carter guidance on his children, including his son Devin, who is a high school basketball player currently committed to the University of South Carolina. Duffy also still looks over Carter’s contracts.

Carter says he has never brought up the filing error with Duffy, not even to joke about it. Nor has he joked about it with Riley since returning to the organization as a coach in 2016. But he says he is at peace with how things worked out.

“I got my name in the history books in two different ways,” Carter said, referring to his buzzer-beater and the contract-that-wasn’t. “I wouldn’t change anything.” 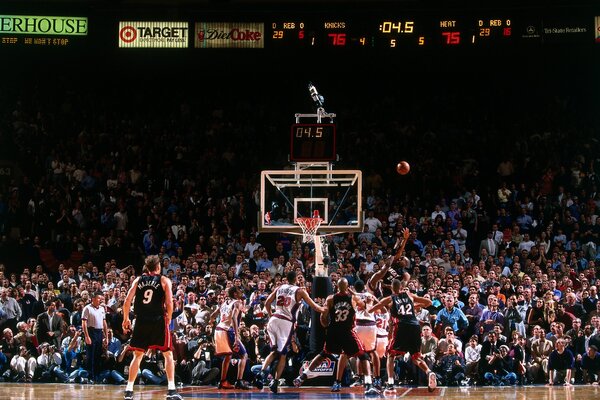