ALISSON’S dramatic winner for Liverpool was his first-ever touch in the opposition box for the Reds.

The Brazilian became just the sixth goalkeeper to score in the Premier League as he headed his side to a 2-1 victory at West Brom. 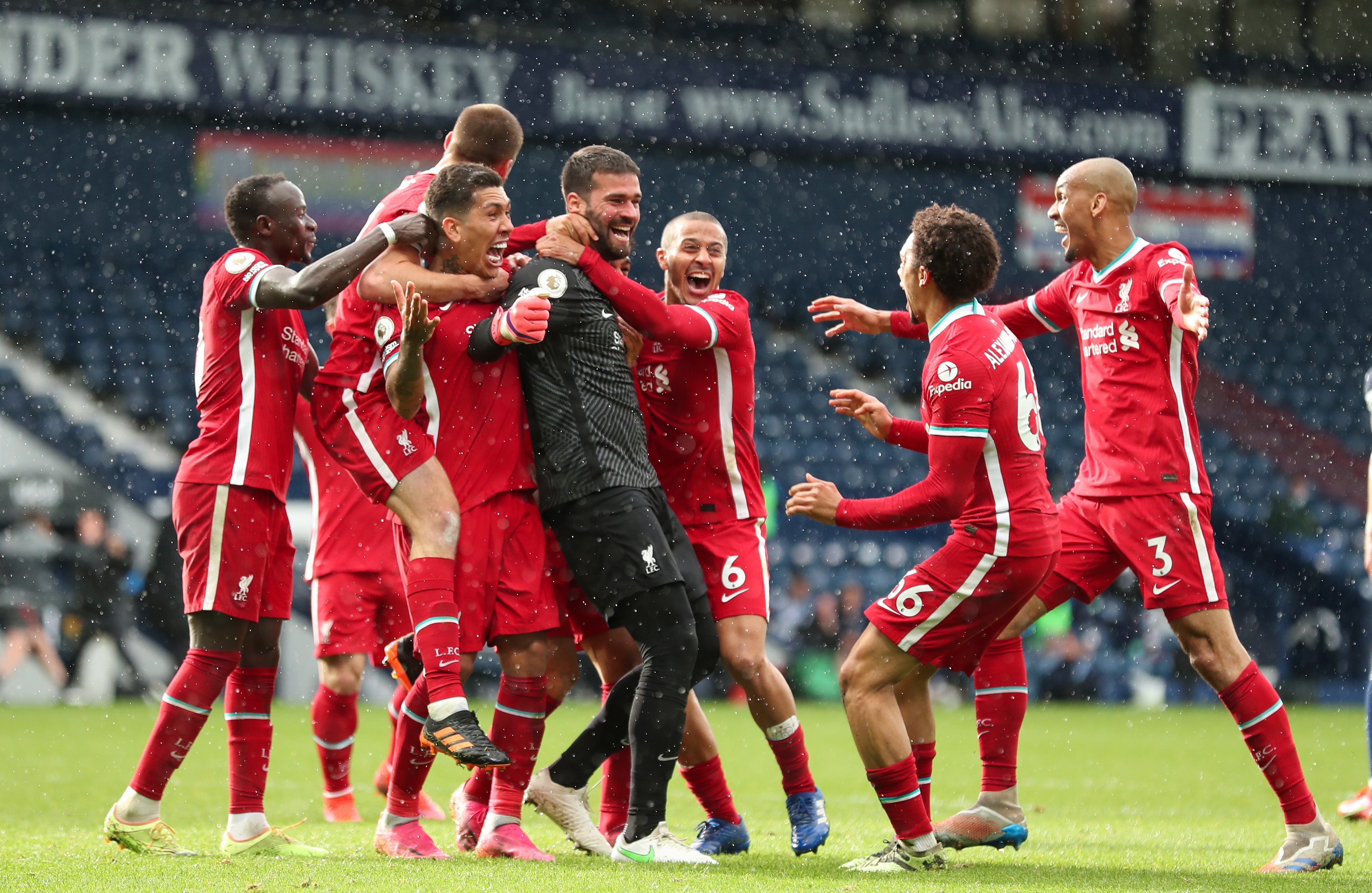 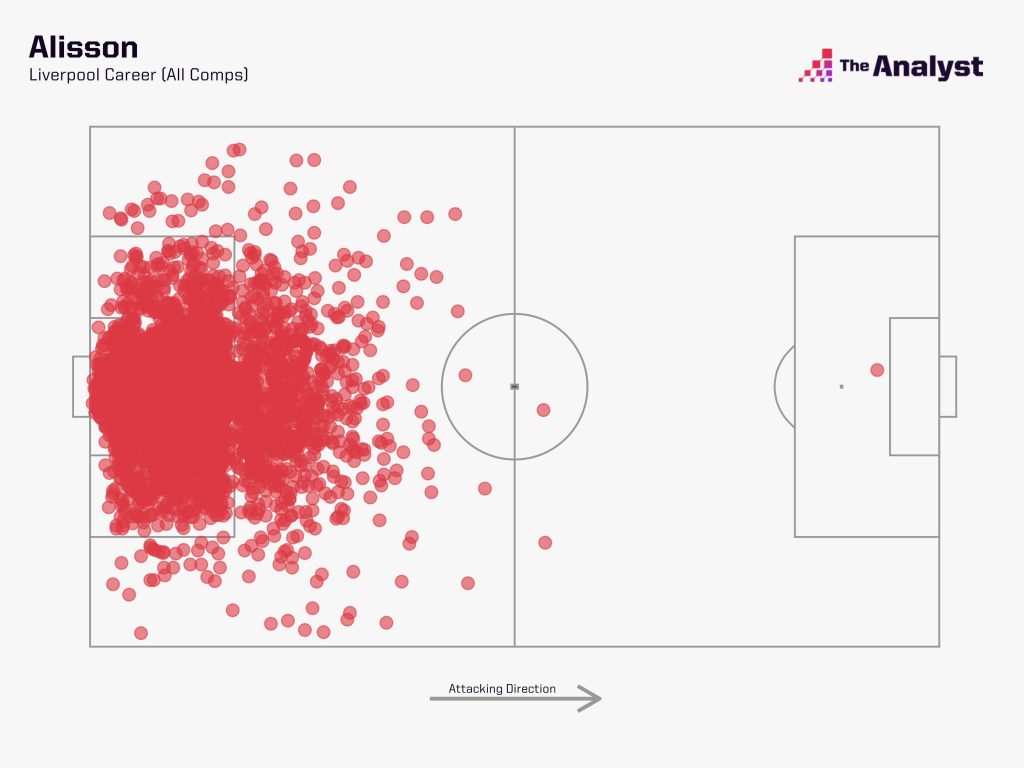 There had been 94 minutes and 18 seconds of action when he decided to go forward for a corner as his team looked to be heading for a damaging draw at the Hawthorns.

Trent Alexander-Arnold whipped in the corner from the left as the stopper flung his head towards the cross to divert it into the far corner.

Alisson is well-known for his footwork as the Reds’ sweeper keeper, but out of those six, he is the first to score with a header.

And none of the rest had ever scored to turn a draw into a win either.

Opta have now revealed a touch map of every touch Alisson has had in the Premier League since his arrival at Anfield in 2018.

And, amazingly, his goal came with his first-ever touch in the opponent’s area.

The wild scenes that followed his match-winning goal against the Baggies to keep alive Liverpool’s Champions League qualification hopes will live long in the memory.

But it also earned him a neat little piece of club history.

It was the first goal ever by a goalkeeper for the Reds since they were formed in 1892.

Alisson told Sky Sports afterwards: “I just tried to run into a good place and be there to try and help my players, to bring a defender, but no one followed me and I am lucky and blessed, sometimes things you can't explain.

“You can't explain a lot of things in my life, the only reason is God and he put his hand on my head today and I'm feeling very blessed.”

The star lost his father in February when the 57-year-old drowned back in his homeland.

And he also paid an emotional tribute to him, adding: “I'm too emotional, this last month for everything that has happened with me and my family, but football is my life, I played since I can remember with my father.

“I hope he was here to see it, I'm sure he is celebrating with God at his side.”

Manager Jurgen Klopp said: “It's an unbelievable header, I've never seen anything like that, good technique. I wasn't sure what I was seeing.

“We are really close and know exactly what it means to him, it's outstanding, really touching. It's only football but it means the world to us.”

Fifth-placed Liverpool must now continue their winning run when they travel to Burnley on Wednesday as they look to seal a spot in the top four.