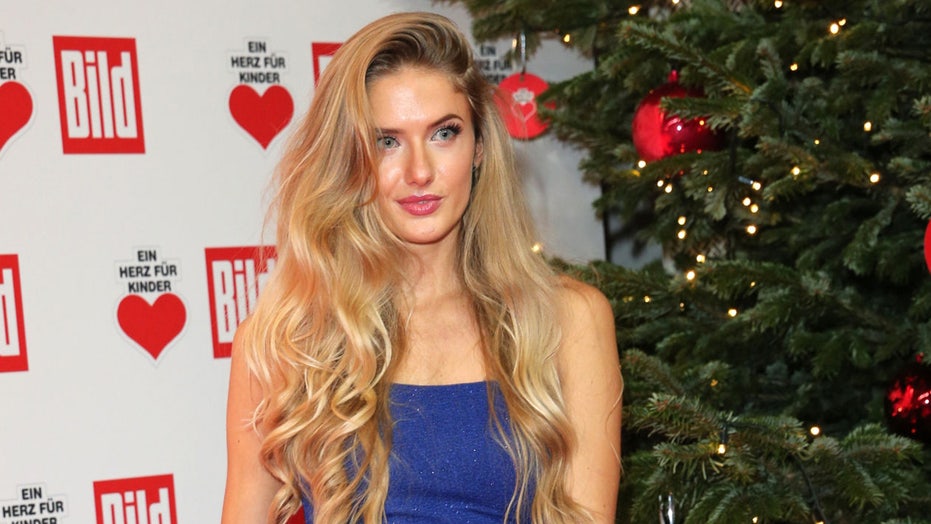 Alica Schmidt should be on your radar.

The 22-year-old German track and field star has been dubbed “the World’s Sexiest Athlete” by a number of supporters and websites, but there’s much more to Schmidt than her voluminous blonde hair and stunning blue eyes.

Schmidt is officially Tokyo bound for this summer’s postponed 2020 Olympics, she confirmed in a post on Instagram on Saturday. 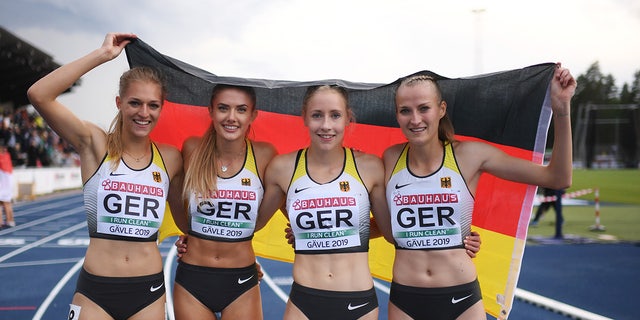 Nelly Schmidt, Corinna Schwab, Alica Schmidt and Luna Bulmah of Germany celebrate after the Women´s 4x 400m final during day four of the European Athletics U23 Championships 2019 at the Gavlestadion on July 14, 2019 in Gavle, Sweden.
(Oliver Hardt/Getty Images for European Athletics)

“Still feels unreal! I’m so grateful and at the same time thrilled to experience something I have been dreaming of since I started all of this!,” Schmidt captioned a photo that featured her posing in front of the Olympic Rings symbol.

Schmidt has been running competitively for years. She finished second in the 2017 European Athletics Under-20 Championship in the 4×400 relay, where she took home silver. In 2019, Schmidt won bronze at the U-23 Europeans. She’s also reportedly competed in hurdles and as a jumper.

In May, Schmidt expressed how grateful she was to be running outdoors again after suffering a “torn ligament and some muscular problems,” she explained in an Instagram post.

Although sports is Schmidt’s focus, the athlete has built a massive social media following and reputation for sharing health and wellness content.

The Olympian has nearly two million Instagram followers and works with German food brands including Frosta and Food Spring, an organic sports nutrition company. She enjoys eating healthy and cooking when her busy schedule allows.

“My family always says that food is my favorite topic,” Schmidt said in a past Instagram post discussing her eating habits. She’s also a fan of sushi and surfing. 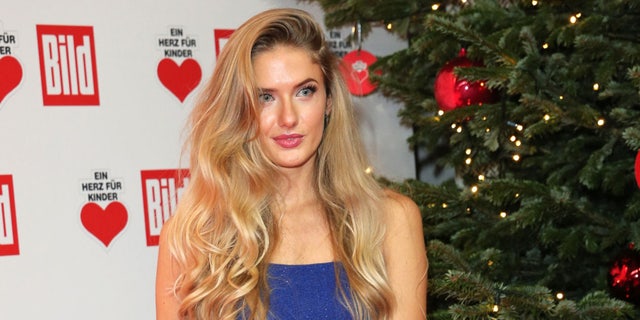 Schmidt, who’s a travel fanatic, has also worked with hospitality, beauty and fashion brands, such as SANTE Naturkosmetik.

Before she rose to social media fame, Schmidt, born in Worms, Germany in 1998, adopted a love for running at a young age.

During a past family vacation, Schmidt caught the attention of Thomas Kremer, a professional sprinting coach, who suggested her parents sign her up for track, according to The Spun. Schmidt began competing in races at age 7.

In order to take her skills to the next level, she knew she had to relocate to train with the best, in environments that would challenge her.

Schmidt, The Spun reported, moved to Potsdam after high school to train with Brandenburg Athletics Association. After a year with the organization, Schmidt had her sights set on making the German national team, and made the move to Berlin to train with the SCC Sports Club.