ALEXIS SANCHEZ has suffered another blow after limping out of Chile's Copa America clash with Argentina after just 17-minutes.

The Manchester United flop has had a shocking season on the pitch, where he struggled to make an impact at Old Trafford. 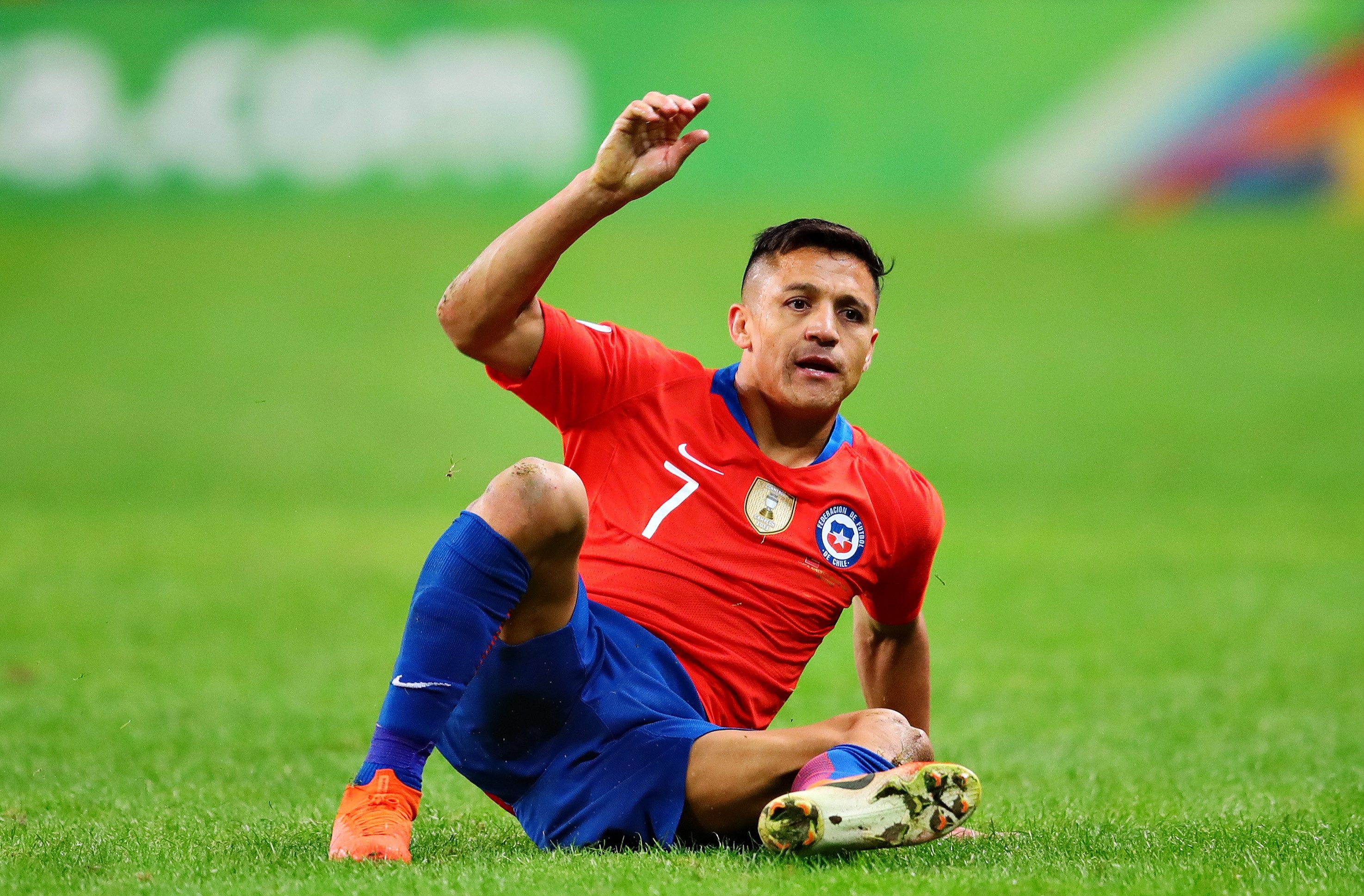 The £505,000-a-week forward had returned to a bit of form with his national side, helping them reach the semi-finals.

But the 30-year-old's bad run took another twist as he looked to have picked up a suspected hamstring problem.

The ex-Arsenal man pulled up while chasing a long ball and dropped to the floor before medics rushed to his aid.

Sanchez was in no condition to continue and was pulled out of the match instantly.

He is now set to be assessed to see the extent of his injury, which could hamper his return for the start of the Premier League.

It could also affect any transfer away from the Red Devils, as boss Ole Gunnas Solskjaer looked to 0ffload him.

Sanchez is not expected to feature on Manchester United's pre-season tour in any case.

Solskjaer's side start their Premier League campaign against Chelsea on Sunday 11 August.

Sanchez's injury came in a 2-1 loss to Argentina, who saw captain Lionel Messi sent off for an alleged stamp.