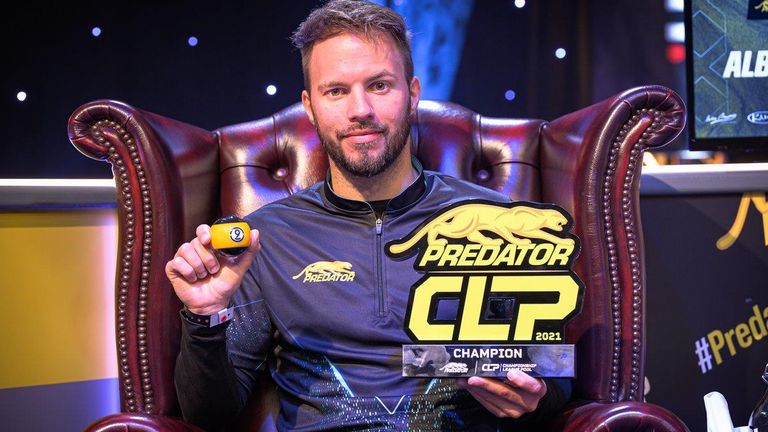 In Winners’ Group, Ouschan was forced to win the final three racks of his last match against Niels Feijen to reach the play-offs.

After defeating Mosconi Cup team-mate Eklent Kaci 5-2 in the semi-finals, Ouschan ran the first rack of the final and doubled his lead over Alcaide in the next. That meant he was breaking for a 3-0 advantage in the race-to-5 and a good break meant he only had five balls to pot to extend his lead.

Alcaide pulled one back but Ouschan used his break in the fifth to reach the hill. World Pool Masters champions Alcaide then broke dry and Ouschan didn’t need a second invite to clear the table and land his first Matchroom singles title.

“I am speechless,” said Ouschan. “When I think about my performance over the whole week there were many, many ups and downs, everything was there.

“It is incredible to win, a huge relief. I played 52 matches in the end but honestly it was a great week, I think I learnt a lot about my game, my performance and myself. I feel a little bit sorry for David that his break didn’t really work out in the final but I think he will come back for sure at the World Pool Masters.

“This week has been probably my best performance of my whole career. I have never had to play so many matches in my whole life. I had to go on and on in a new group and to swallow that and come back even stronger changed me a lot over the days.”

For those on the move, we will have the Snooker & Pool season covered via our website skysports.com/more-sports, our app for mobile devices, or our Twitter account @skysportspool for latest news and reports.