Bernardo left the pitch with his head in his hands after just 20 minutes of Trindade's clash with Flamengo. 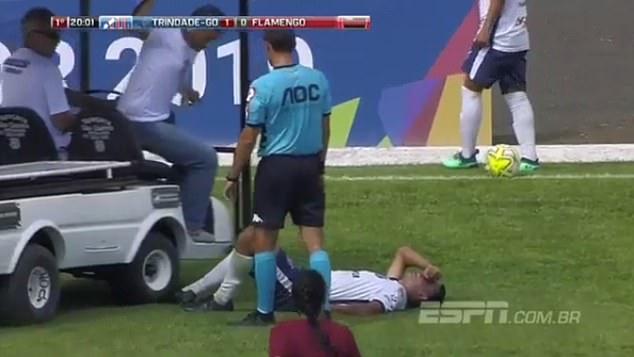 Things went from bad to worse for the youth player after he picked up a knock in the cup match.

Bernardo was sprawled on the floor in pain, so the referee called the medical staff into action.

They cruised on to the pitch in the cart just in case the player was not able to walk off the pitch.

But the reckless driver accidentally drove straight over the player's foot. 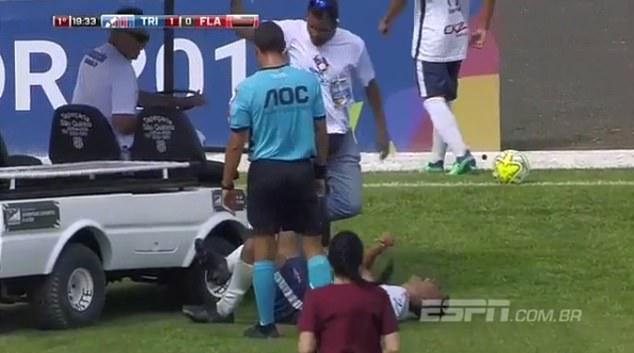 The driver of the vehicle was unable to see where Bernardo was because the cart was left-hand drive.

He immediately clutched his foot and screamed in pain after the horrific incident.

But one member of the medical staff even appeared to smile after he realised his colleague's mistake.

Bernardo was eventually lifted on to the side of the cart and was driven off the pitch during the Sao Paulo Junior Soccer Cup match. 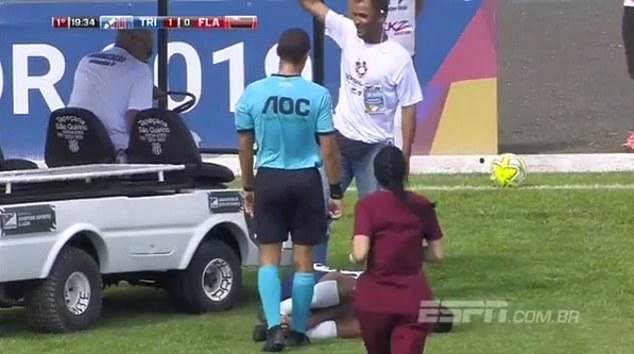 He did his best to cover his face as he left the field after the incredibly painful and embarrassing ordeal.

Trindade went on to win the match 1-0 to pile the pressure on their rivals. 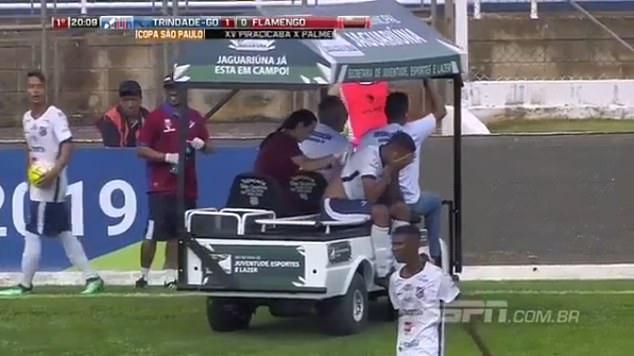