ADEBAYO AKINFENWA came out of retirement to play for EIGHTH-tier Hashtag United.

Spencer Owen, a famous YouTuber and Hashtag owner, has been trying to sign former Northampton and Wycombe striker Akinfenwa for three years. 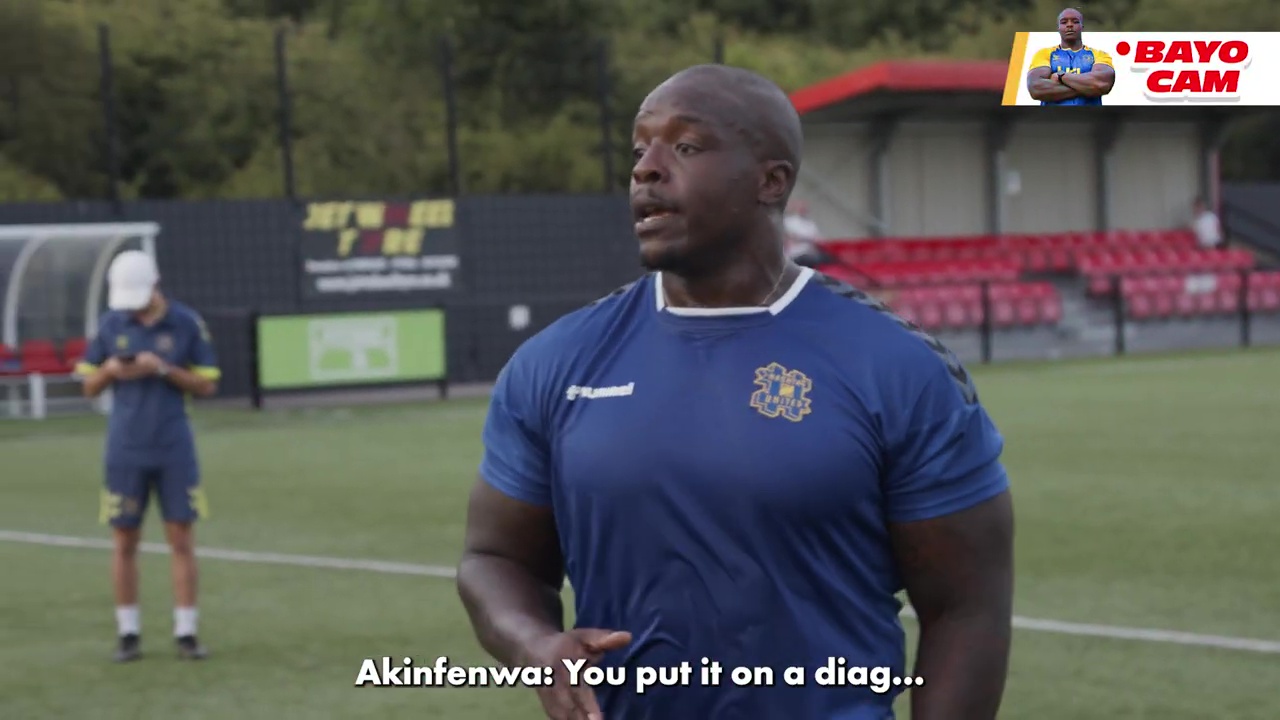 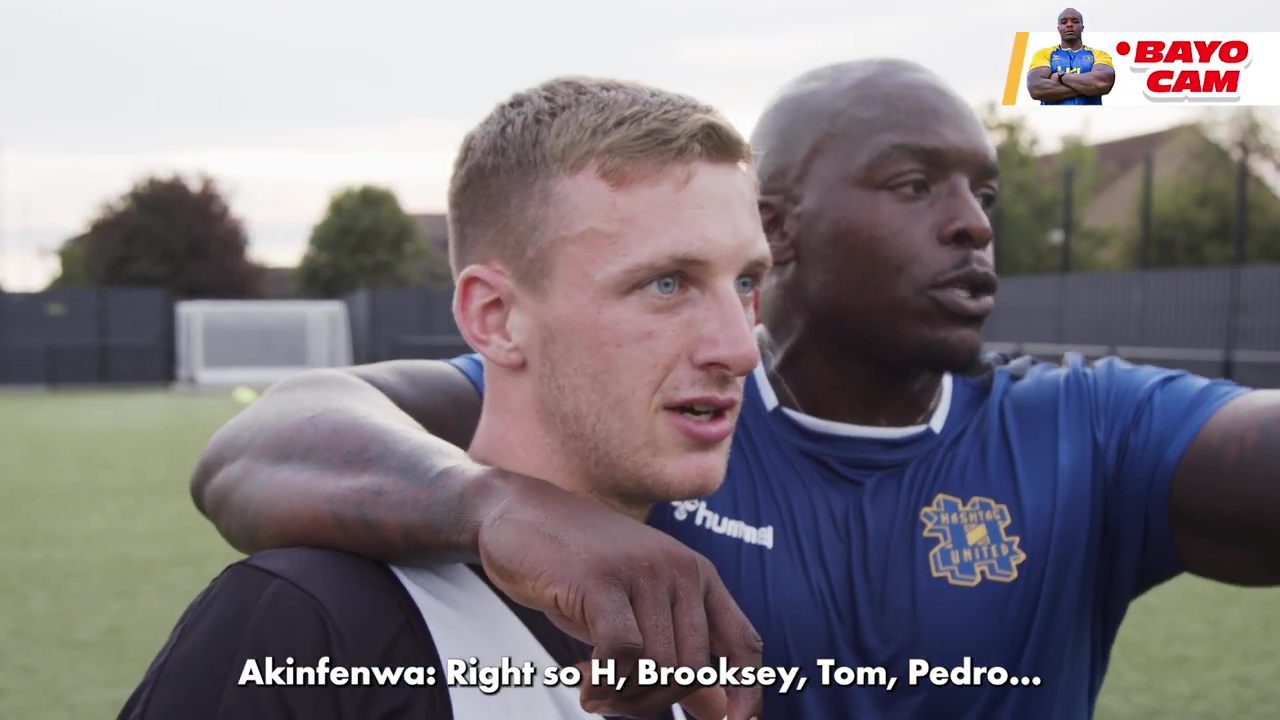 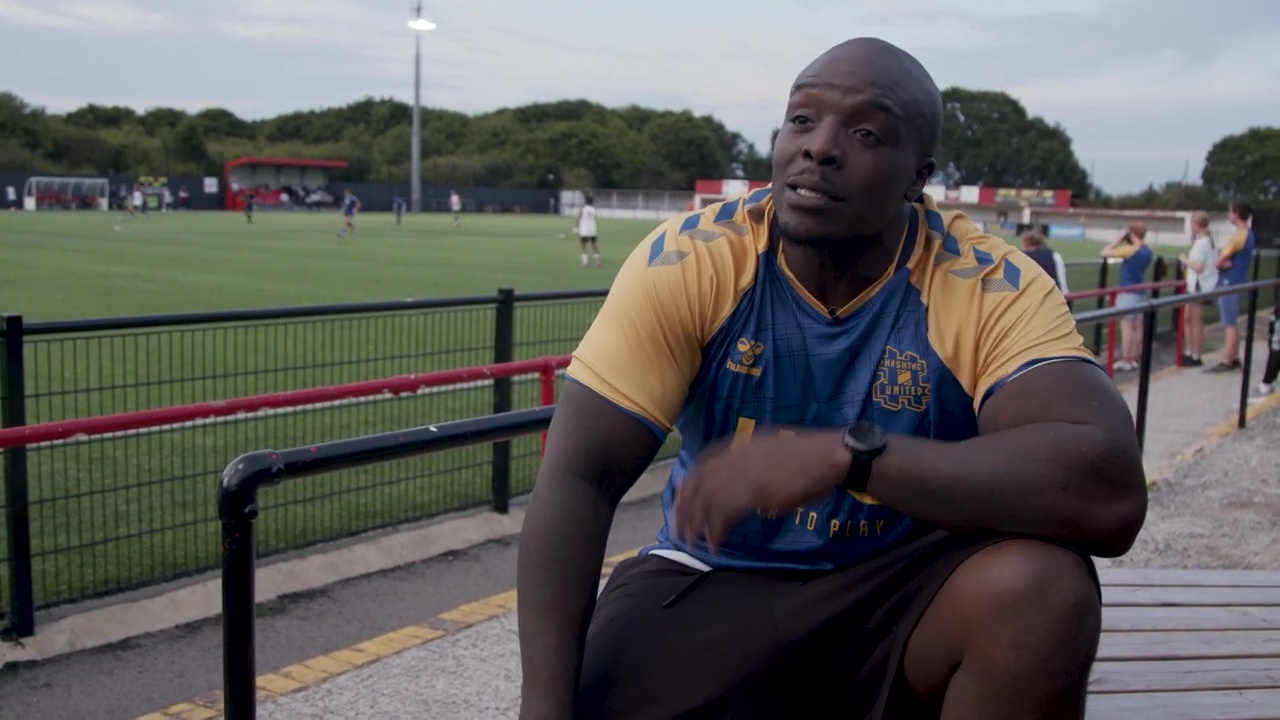 And he managed to get Akinfenwa to wear Hashtag's colours with the ex-pro sticking to a promise he once made.

Akinfenwa, 40, told Owen he'd turn out for Hashtag – a semi-pro club based in Essex that get around 150,000 watching their games every week – once he had retired from the pros.

He recently decided to hang up the boots following Wycombe Wanderers' League One play-off final heartbreak to Sunderland.

Akinfenwa played for the Tags in a pre-season friendly against Walthamstow on July 11.

He enjoyed a 45-minute cameo before being replaced by former Love Island contestant Toby Aromolaran.

Akinfenwa told SPORTbible following the 3-0 win: "I had to keep my word and turn up to play for Hashtag.

"Spencer Owen [Hashtag United founder] is my guy. He's been trying to sign me up to play here for the last three years.

"I told him when I retire, I would come play for him but I just kept signing one year deals.

"But I kept my word and I played for Hashtag in the end!"

Whether Akinfenwa continues to play for the semi-pro team is yet to be seen.

But the once world's strongest footballer claims his knee "doesn't seem like it wants to work anymore".

He added: "I think Hashtag will do decent this season. It's a great set-up down there.

"But I think I'm done. Monday's game was partly to see how my knee would react and well, it doesn't seem like it wants to work anymore!"

Akinfenwa could instead enter this year’s I’m A Celebrity . . . Get Me Out Of Here!

Sources say he’d be a hit with younger viewers as he’s a big Fifa video games name — regularly rated stronger than any other player.

A source said: “Ade is in the frame and would be keen on appearing.

“He was a hardman on the pitch, but is a gent off it.

"He’s also charismatic and funny and knows loads of people in the game.”