Torrential rain near the end of the League One clash meant the players were hauled off by referee Oliver Langford. 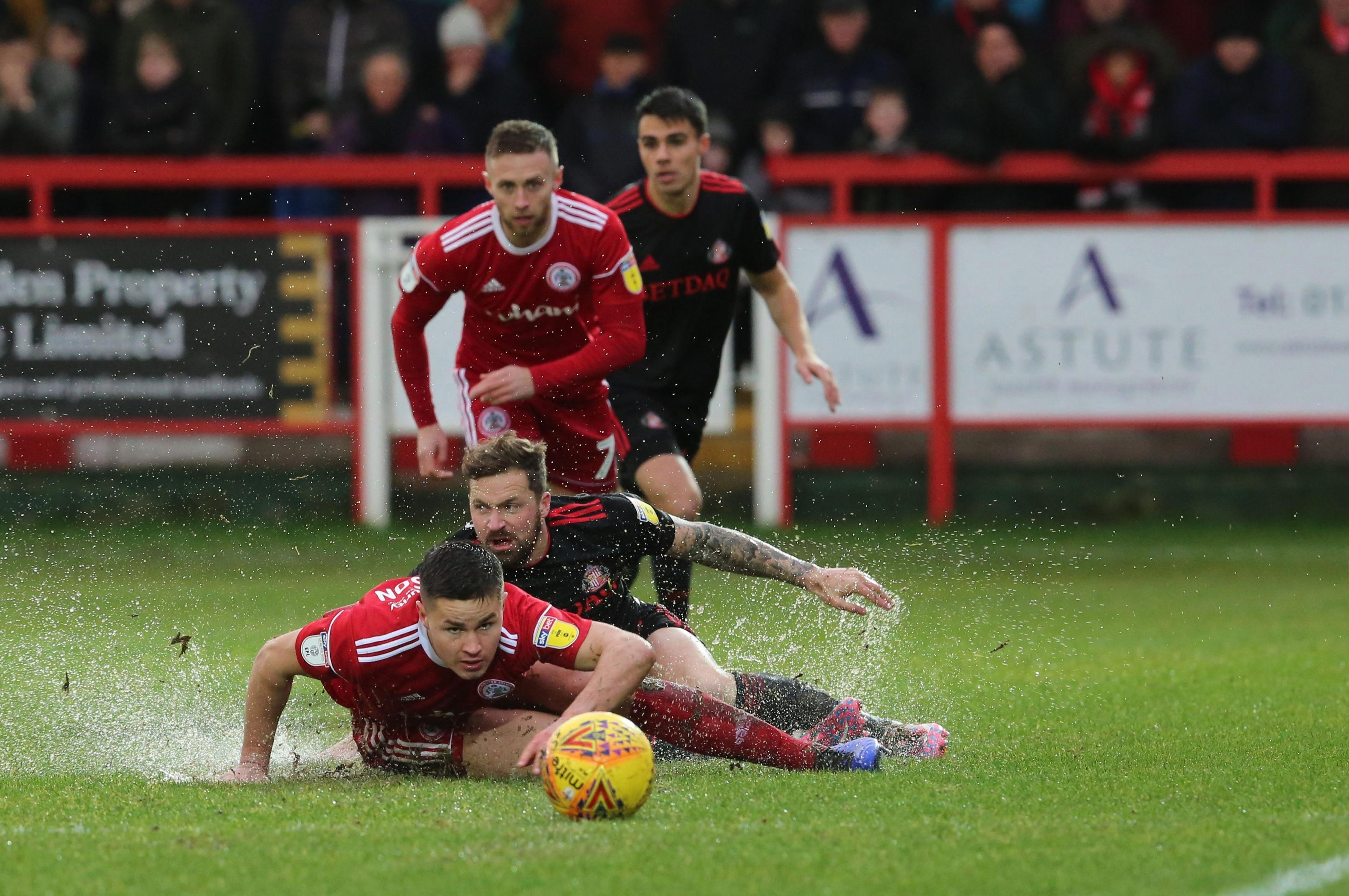 The score was 1-1 and the fixture will have to be replayed.

One viewer said the weather was "absolutely mental" and there were concerns over players' safety.

There was doubt in the build up to kick-off whether the game would go ahead, according to the Sunderland Echo.

Sustained rain throughout the afternoon saturated the turf at the Wham stadium and photographs from pitchside showed players battling through puddles. 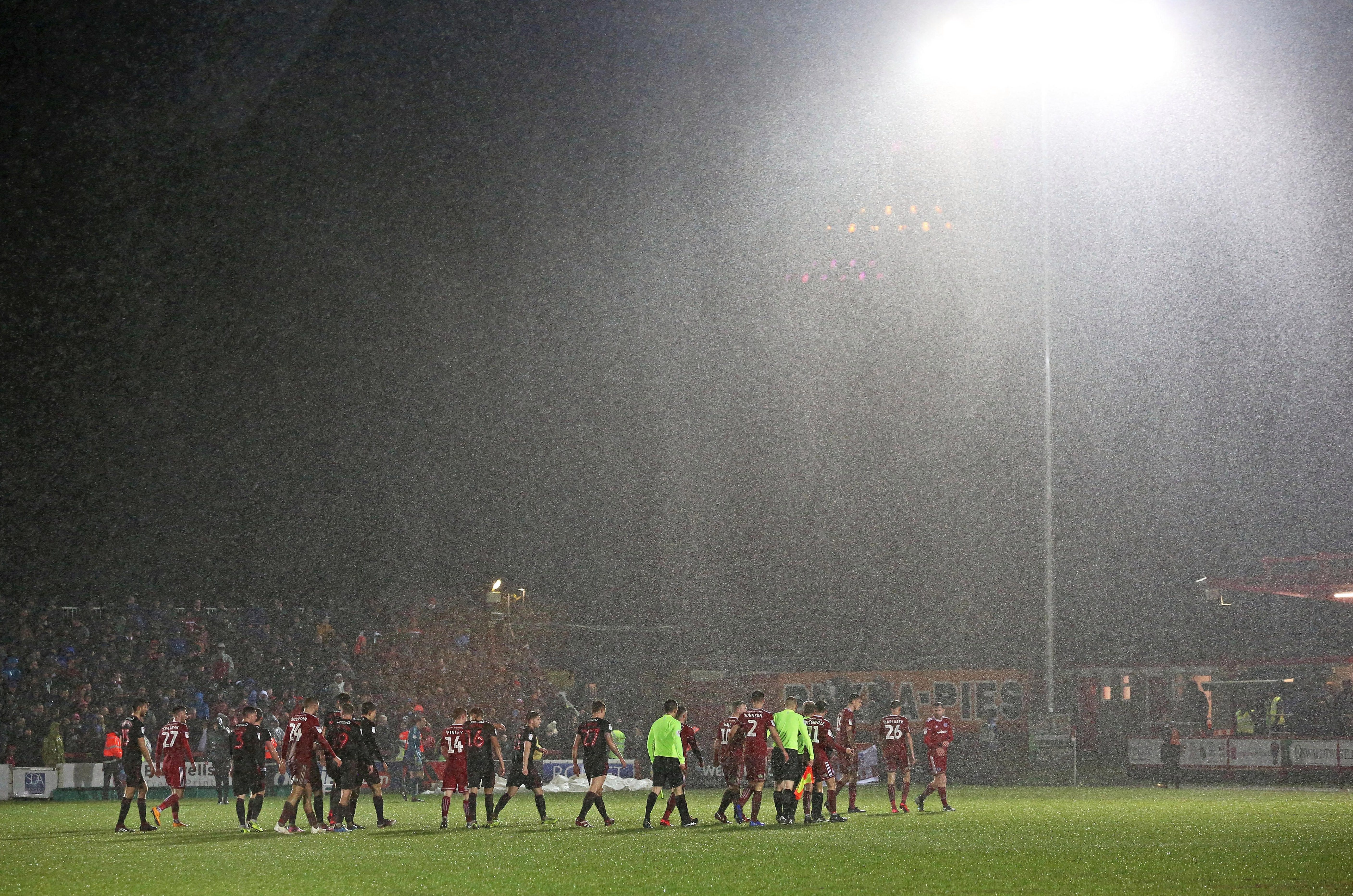 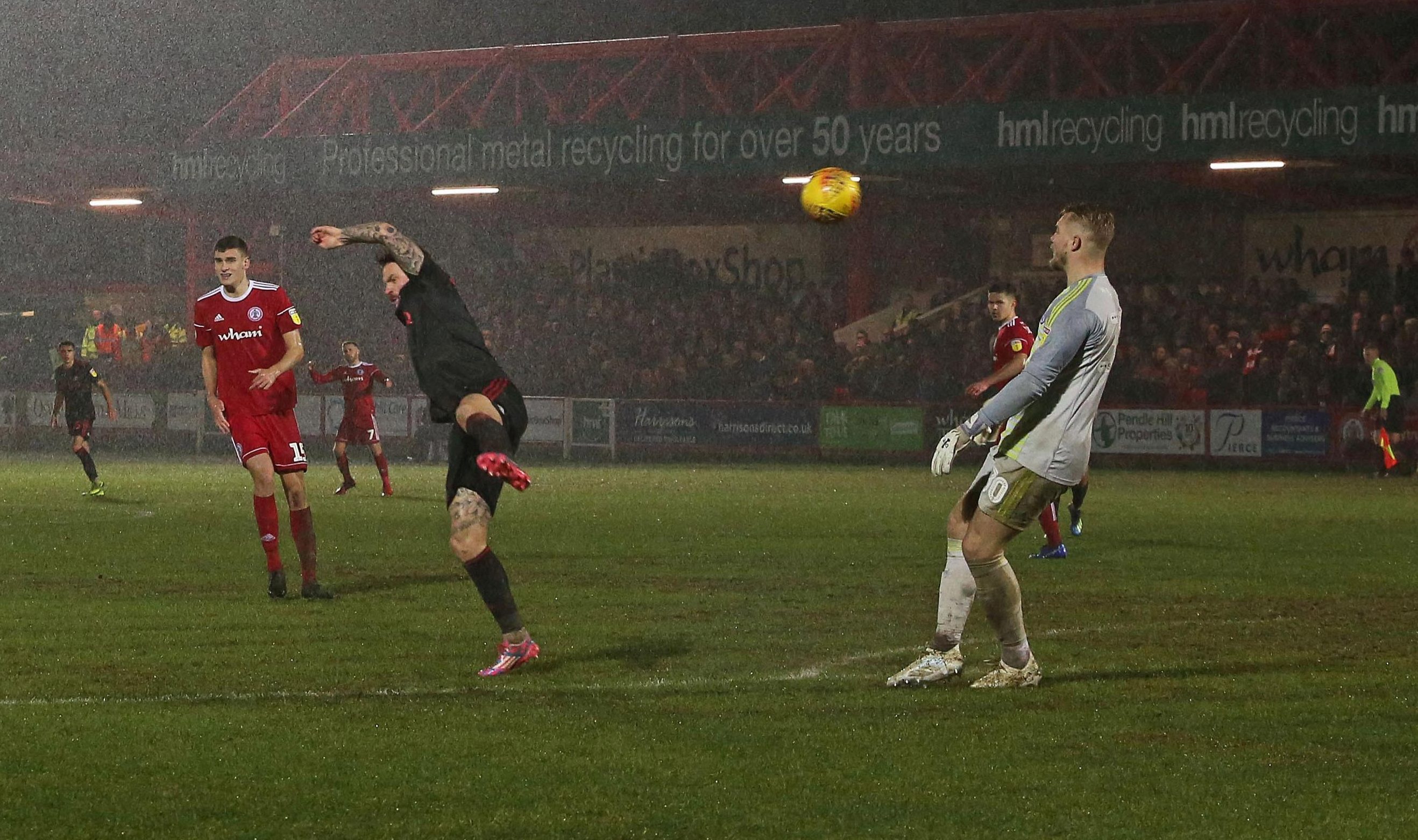 The ball apparently either landed flat on the earth and did not move or flew off unpredictably.

Chris Maguire opened the scoring for the Black Cats in the 63rd minute.

Connor Hall equalised in the 69th minute – just before play was abandoned for the day.

One person at the game said: "Mark Spitz coming on for Sunderland to swim down the wing. Utter farce this now.

"One all on a manky stormy day in Accrington with 20 mins to go. Can't pass five yards."