Read all this plus more of the latest news, views and gossip from the Emirates. 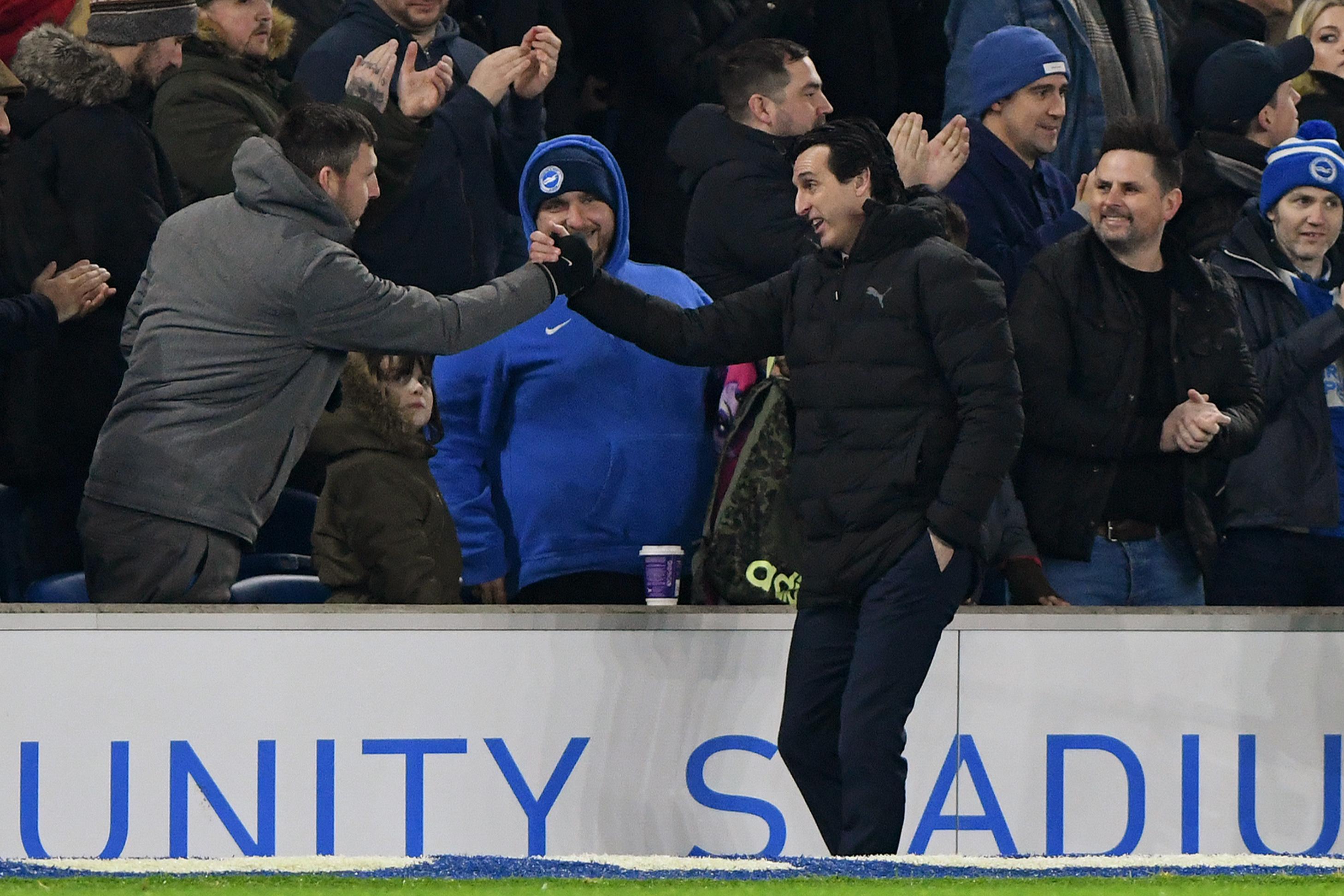 Unai Emery could be seen talking with fans with a steward next to him, while other Brighton fans applauded him for his gesture.

After the game he said: "I kicked the (water) bottle. It wasn't hard but it touched one supporter."

ARSENAL were held 1-1 by a spirited Brighton at the Amex.

Pierre Emerick-Aubameyang's 15th goal of the season was scrubbed out by Jurgen Locadia's first strike of the campaign to stop the Seagulls' rot after three straight defeats.

ALEX IWOBI seemed to not know what formation Arsenal were playing against Brighton as he replaced Mesut Ozil at half-time.

Iwobi replaced Ozil in midfield at half-time and the Nigerian international was captured on television cameras asking team-mate Granit Xhaka what formations Arsenal were playing.

BACARY SAGNA has signed a one-year contract with Montreal Impact.

The 35-year-old spent last season with the MLS side and was expected to leave after his contract ran out.

HENRIKH MKHITARYAN has fractured a metatarsal in his right foot and is expected to be out of action for six weeks.

It is understood the Arsenal playmaker, 29, sustained the injury in a challenge with Lucas Moura in the Carabao Cup clash at the Emirates last Wednesday.

AARON RAMSEY has revealed that he wants £9m-a-year when he leaves Arsenal next summer – less than the deal the Gunners withdrew.

The Welsh midfielder has been linked with heading Juventus or Bayern Munich when his contract expires.

Cahill, 33, has played just seven times this season, including just once in the league, with the Gunners in need of reinforcements.

BRIGHTON will not be able to appeal Lewis Dunk’s sending off against Bournemouth -, meaning he will be suspended against Arsenal.

Dunk was sent off for two bookings – the first for a case of mistaken identity – but rules only allow appeals for straight reds.