THERE was a strong word for Roger Varian's filly floating around Newmarket before Qabala bounded home in the Nell Gwyn.

Traditionally not the strongest of trials, the winner shot to Guineas favouritism as swiftly as she passed the winning post. 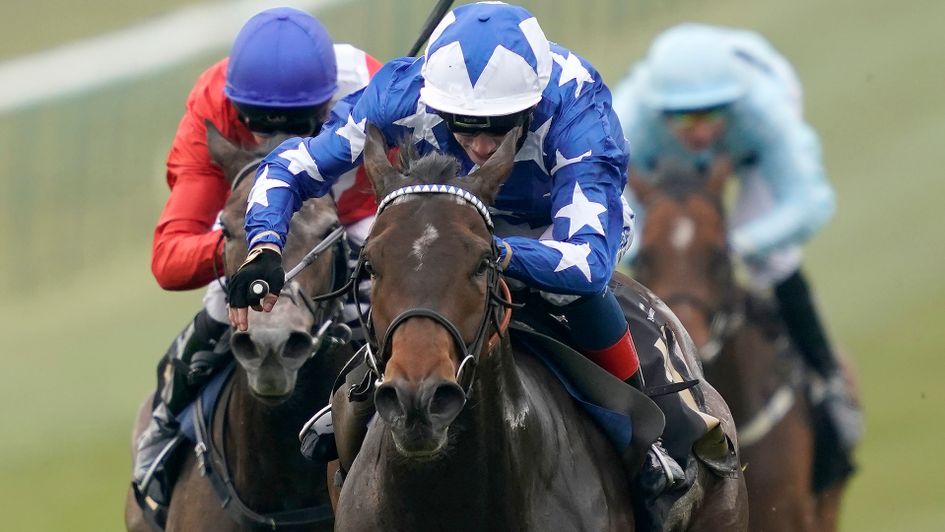 66-1 was available before today's exertions. That soon became 12-1, then that was gobbled up with haste and she is now as short as 9-2 with some firms.

Too quick a reaction? Can Roger Varian’s filly really win the 1000 Guineas off the back of Tuesday's win?

Watch the race back and you can see why. I don’t think Varian will be in a rush to jock off Egan for Atzeni as bluntly as may seem obvious to us muggles.

Admittedly, Mot Juste took an alarming drift before the off.

Newmarket money is normally bang on and you’d think Qabala may have put Mot Juste to the sword on one of Newmarket’s prestine gallops. Not that we’ll ever find out.

But Mot Juste certainly wasn’t suited by how the race panned out. She hit the front far too early and did well to hold onto second considering it was her first run of the year.

But back to the winner.

She’s clearly a good horse. A speedy type, not overly big and at home on the Rowley Mile. All important for the unique test the fillies’ Classic offers back here in threee weeks.

But, the reaction rapidly went overboard.

She missed the break a tad and met a minor bit of traffic three furlongs out. But due to the steady gallop enforced up top, it barely made any difference.

The times back this up. It was a slowly run affair and became a speed test coming out of the dip.

The Free Handicap was run over a second quicker, with the winner carrying three pounds more. You’d like to see a Guineas winner out point the efforts there, even at this stage of their careers.

On top of that her maiden win over course and distance was only 0.06 seconds slower on a slower surface according to the GoingStick.

Despite the 1000 Guineas lacking any real depth of yet, it still looks a race to keep your powder dry for now and if nothing else emerges it looks perfect for a swing with an outsider.

Closer to the time it could be worth chancing an Aidan O'Brien supposed outsider, something that fits into the Winter mould.

The fog will clear from Ballydoyle over the next couple of weeks and his team will be scrutinised more than any other. When doesn't he have something up his sleeve?

However, I'd far from give up on Mot Juste. If the Nell Gwyn was run again, I could see Mot Juste turning the tables on her stablemate in different circumstances.

And given she can be backed at 25-1 for Guineas, she'd be my current angle.

Qabala could well prove herself back at Newmarket in three weeks. But would she be my pick? In short, no, not at these prices.