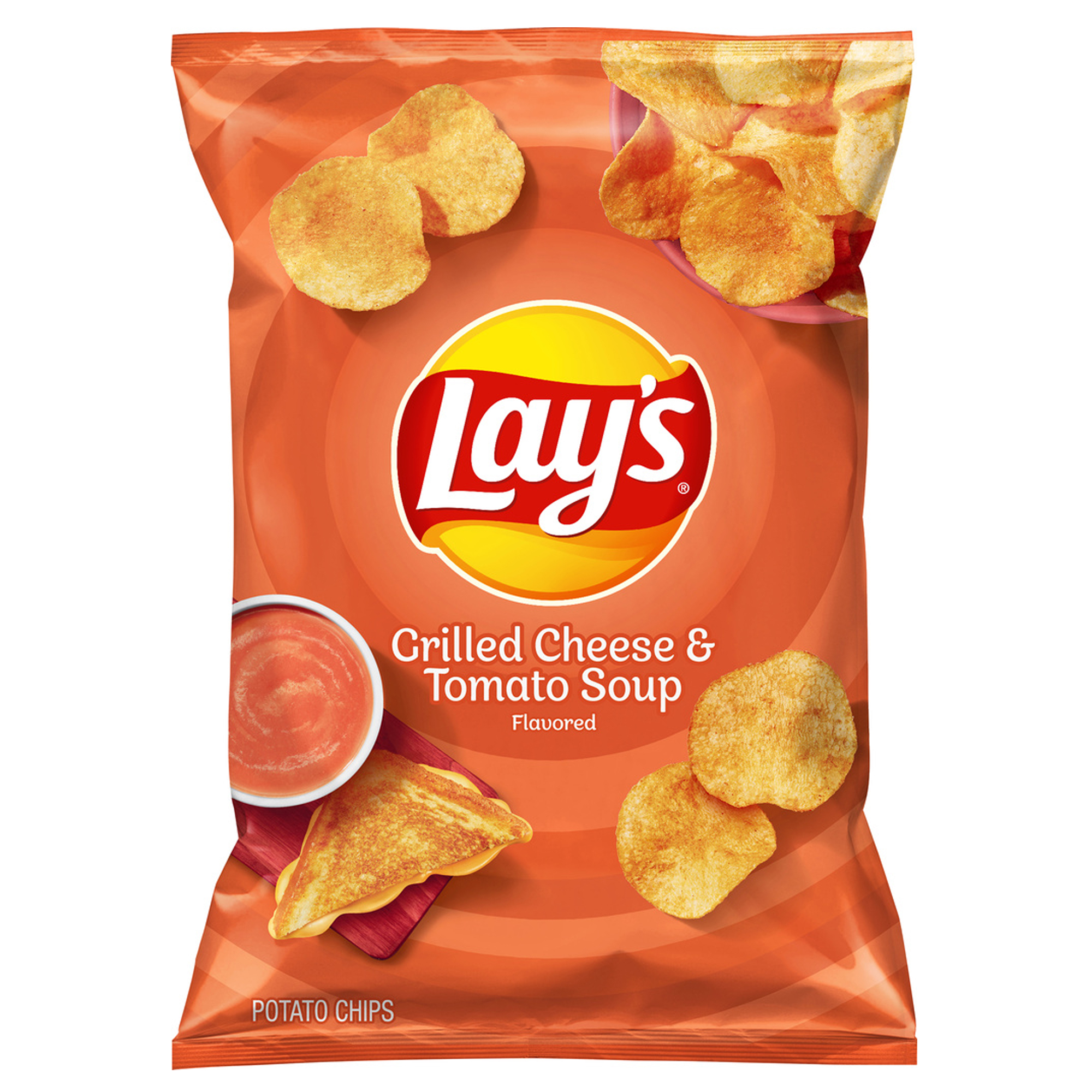 Comfort food with a crunch! Frito-Lay, the maker of Lay’s potato chips, announced on Monday, October 14, that a new version of the brand’s salty snacks will be hitting supermarket shelves later this month.

The new chip variety, Grilled Cheese & Tomato Soup, is actually inspired by a pair of flavorful eats and is described by the company as “a classic fall comfort food in potato chip form.”

And while the concept of a potato chip inspired by a soup and sandwich combo might seem a tad strange, the fried potato slices actually sound pretty darn tasty. Per a statement from Frito-Lay, the “robust flavor” of these chips delivers a “dynamic combination of tomato taste and buttery cheese with underlying creamy and toasted notes.”

The Texas-based snack food giant also notes that these new flavored chips are “reminiscent of one of America’s favorite homemade meals … all in one bite.”

The chips, which are expected to cost $3.49 per 7.75-ounce serving, will come in a light orange bag appropriately decorated with chips, a bowl of tomato soup and half of a grilled cheese sandwich.

According to Frito-Lay, this new snack food is slated to hit supermarket shelves nationwide on Monday, October 21, and will be available for a limited time only.

That date also marks the start of the brand’s “Gotta Have Lay’s” campaign, which is expected to last for more than a month. The contest of sorts will allow fans to upload a photo of themselves with the new packaging design for a chance to win free Lay’s for a year. When all is said and done, 200 winners will be chosen, meaning Lay’s will be giving away more than 10,000 bags of potato chips.

In recent years, Lay’s has gotten pretty experimental with regards to its limited-edition, seasonal offerings. Chip flavors introduced in the past include Fried Green Tomatoes and Crispy Taco. In 2018, the company took its inspiration from various regions of the United States and released eight flavors created with the country’s many geographical areas in mind. Chesapeake Bay crab spice chips, for example, were inspired by the mid-Atlantic region, while Thai sweet chili chips were crafted with the Pacific northwest in mind.

Celeb fans of Lay’s include Beyoncé, who was spotted chowing down on a bag of original chips while watching an NBA playoffs game with husband Jay-Z in 2017, and Olivia Munn, who snacked on some Lay’s after the Vanity Fair Oscar party in 2014.