Normally you don't really care what other people think of you; in fact, it doesn't usually even cross your mind. But suddenly, you're nervous about the impression you're making, and you want reassurance that people like and admire you. Well, of course they do. You have many friends and admirers — too many to count. But occasionally worrying about making a good impression is a good thing. It means you care. 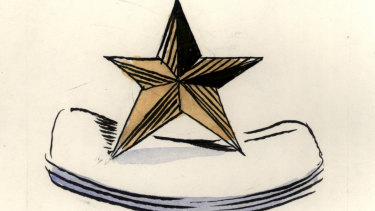 A romantic mood turns life into sweetness and roses today. Suddenly, you're in love with love. While this is certainly a pleasant state of mind, it has its problems. If you're falling for someone new, you might convince yourself you're perfectly compatible, because you don't want to believe there could be any discord between you. And in established relationships, you might avoid conflict, even if there's a real issue that needs to be discussed.

You're equal to any situation or problem that arises today, because you're even more adaptable than usual. Plus, when you're smoothing over situations with other people, such as disagreements or hurt feelings, it helps that you're so charming and witty. You'll have people laughing and forgetting their problems in no time. Your gift today is in bringing people together, so move through your day with that in mind.

It's easy to romanticise your relationships today, and overlook certain, very real problems within those relationships. It's natural to want to avoid conflict, but sometimes, that's not possible. In fact, intimacy relies on the ability to openly disagree with a partner. Your connection is strengthened by working through these obstacles. If you stay quiet when you should speak up, you're doing yourself a disservice, and you aren't being honest with the other person.

You look good today, and you know it — you can feel it inside and out. You're filled with a special sense of contentment and well being, and other people are gravitating toward you, because they can sense how special you are. Today is perfect for fun gatherings where you can enjoy good conversation and the company of your friends, but it's also a great day for doing creative work, especially if it's a team effort.

It's a good day to iron out any wrinkles in your close relationships. You're in a gracious mood, because you genuinely want to get along. If you and your spouse or business partner have had a disagreement, you can talk it out now. Focus on finding common ground. You'll find this to be easier than you expected, since you're both willing to do what it takes to make things work.

You may be called on today to mediate a disagreement between friends or colleagues. You're perfectly equipped to handle this kind of responsibility now, because your sense of justice is firmly in place, but you're also tactful and kind. You have a great way of letting someone know they're in the wrong without making them feel bad. This is a real skill, Libra. Diplomacy is important. So is getting along.

If you push for anything today, push for harmony. Of course, you may not need that advice. You're already in a pleasant mood, and the idea of conflict doesn't sit well. You aren't one to make concessions that you shouldn't make, so there's little risk now that you'll let someone take advantage of you. Instead, you'll send them the important message that you'll do what it takes to get along.

Your agreeable nature opens lots of doors for you today. Everyone wants to be near someone as fun, interesting and easygoing as you. Your creativity appeals to people, and it's easy to make new friends now. You can be clever about this, too. Your wide-eyed curiosity in others masks any agenda you may have, such as gaining support for a project or movement you're trying to get off the ground.

If there's an imbalance of power in one of your close relationships, it's a good day to address the issue. But try to be forgiving instead of combative or rigid. The other person needs to know you're willing to work with them. They may feel as if you've been too bossy or controlling. Even small attempts to seek common ground will go a long way toward finding a resolution.

Use your diplomacy today when you're involved with a group of people. There's a feeling in the air that everyone wants to get along, but group accord is more easily wished for than achieved. You can step in with a level head if any disagreement arises. You possess both creativity and charisma, and people want to follow your lead. You're able to make them feel as if it's an equal team effort.

You need approval today, and you'll do what it takes to get it. But your tendency is to say yes in order to get that approval, even when you should say no. Do you pretend to agree with your friend, even though secretly, you completely disagree? Perhaps it's better just to be up front and honest about your feelings, and stop worrying about what the other person might think of you.