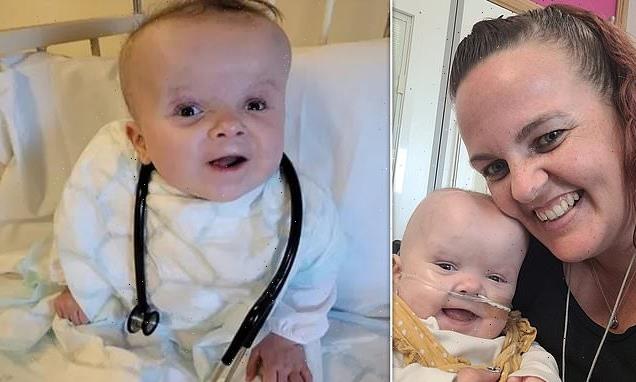 Mother reveals devastation after learning her daughter, two, is battling a rare disorder that affects only 20 people across the world

A two-year-old girl is battling a rare disorder that affects only 20 people across the world.

Sally and Jack Volley, from Marshchapel, welcomed their daughter Olivia three months prematurely and she has spent the first 11 months of her life in hospital in Newcastle.

Her parents were left questioning why Olivia has been constantly ill, with the baby being diagnosed with a rare condition – Sideroblastic anaemia with B-cell immunodeficiency, periodic fevers, and developmental delay (SIFD), causing issues with her brain and well-being.

Being one of only 20 people in the world known to be suffering from SIFD, the whole process has been difficult for Olivia’s parents who find themselves struggling to cope at times – with Sally confessing she has had to give up her job to care for the little one. 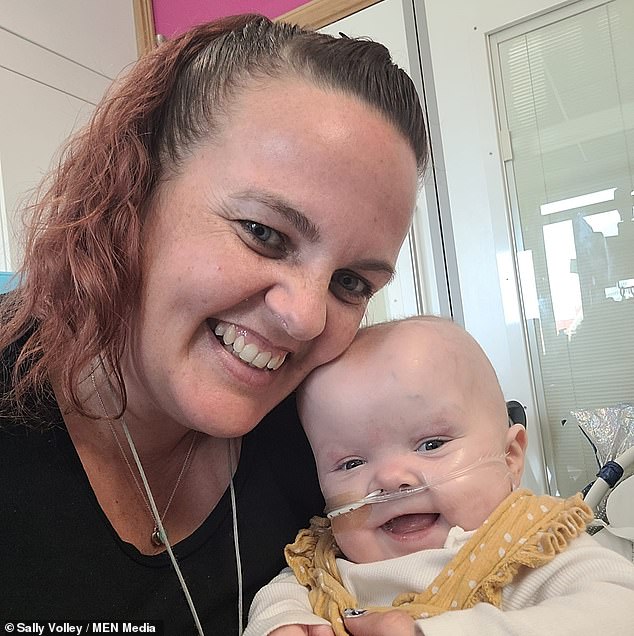 Olivia Volley (pictured right), who is currently being treated in Newcastle, was born three months prematurely and spent the first 11 months of her life in hospital

SIFD means Olivia has relentless fevers, and struggles to produce white blood cells and platelets as well as having delayed development.

Having to care for Olivia at all hours of the day means Sally has had to quit her job and the family are often driving to and from hospital to make sure she’s alright.

There are plans for a new stem cell transplant operation to help Olivia cope with some of the illnesses she has to face.

However, due to the nature of her illness, it means she has to be in complete isolation for four to six months. 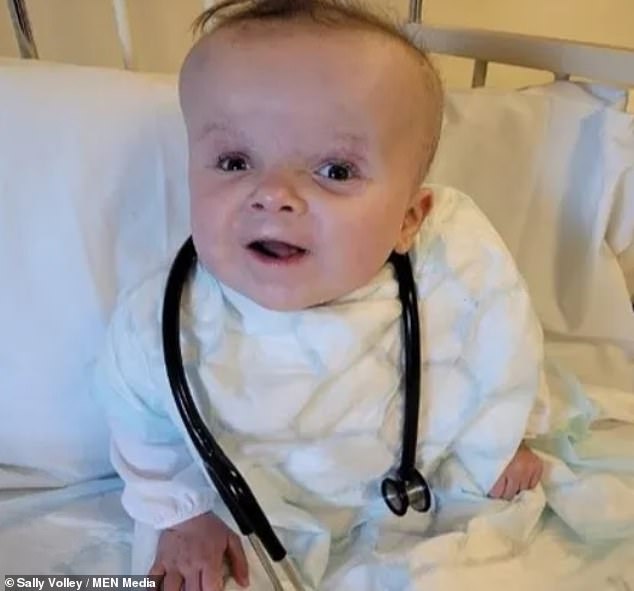 It was discovered that Olivia was suffering from Sideroblastic anaemia with B-cell immunodeficiency, periodic fevers, and developmental delay (SIFD), causing a number of issues with her brain and well-being

With her family living in Marshchapel, it means Sally is having to stay in Newcastle for the duration and the family have begun fundraising to cover some of these costs.

Sally said: ‘Olivia was born at 28 weeks and from day one she had to have blood transfusions and began life with two bleeds on the brain as well as a hole in her heart.’

After nine weeks at Grimsby hospital,  she was transferred to Leeds for further testing.

The family spent three months at the hospital and Olivia underwent rounds of genetic testing, which resulted in her being fed through a tube as she couldn’t take anything orally.

After a number of tests, the doctors sent her back to Grimsby whilst they awaited further results. For the first 11 months of her life, all Olivia had seen was the inside of a hospital. 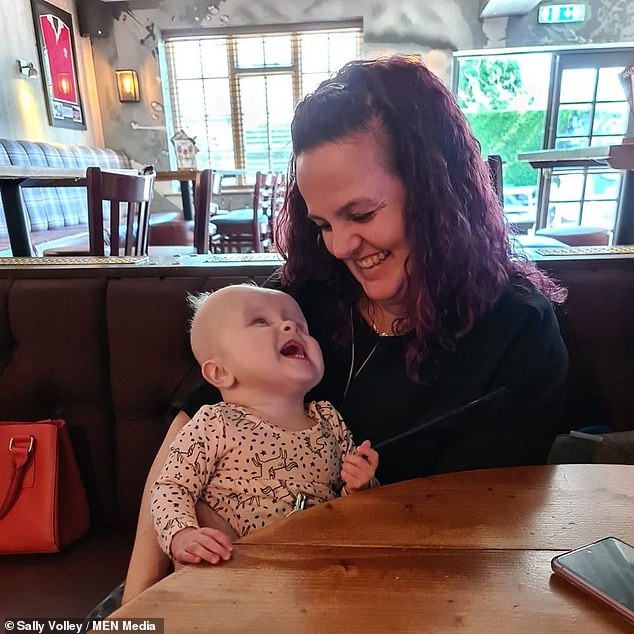 Sally (pictured right), has been left questioning why Olivia has been constantly ill ever since and have only now been given an explanation

Eventually, tests results showed she had no immune system, which led to her being given an Intravenous Immunoglobulin (IVIG) to help produce the antibodies her body couldn’t.

What is Sideroblastic anaemia with B-cell immunodeficiency

For Sideroblastic anaemia, the body makes enough iron but cannot put it into the haemoglobin.

Haemoglobin is the protein which gives red blood cells its colour and allows them to carry oxygen around the body.

Damage to the haemoglobin can lead to breathing difficulties.

Sideroblastic anaemia is exceptionally rare and is partly genetic.

It can also be caused by drinking too much alcohol, consuming drugs or exposure to lead.

Symptoms for the disease include weakness, fatigue and difficulty in breathing.

The symptoms tend to be mild in childhood but become more severe in adulthood.

Drugs to treat the illness include pyridoxine and deferoxamine.

Patients can also get blood transfusions.

It was during this that she was diagnosed with Sideroblastic anaemia and subsequently, SIFD.

However, the transfusion means she now has an iron build up in her body, which is causing further problems.

Being one of only 20 people in the world known to be suffering from SIFD, the whole process has been difficult for Olivia’s parents who find themselves struggling to cope at times.

Sally said: ‘When we first found out, we were really surprised as it isn’t something you think about when you’re pregnant. I have two older children and those pregnancies were absolutely fine.

‘It’s not really something you can deal with as such, it’s something we have to adapt to every day.

‘ For example, it’s quite common for us to have to go to hospital almost every weekend to make sure Olivia is alright if she gets a temperature.’

She added: ‘I’ve now had to give up my job to look after Olivia and Jack works away too so it is very hard on us at times.

‘We both feel guilty about the other two children and he feels bad about working away, but we’ve got to keep a roof over our heads.’

Olivia is hoping to undergo a stem cell transplant operation in Newcastle.

After a number of tests and treatments, including chemotherapy, doctors will decide if Olivia is healthy enough to withstand the operations before she has to be in complete isolation for four to six months to recover.

For Sally this means staying in Newcastle with her, something that comes at a great expense.

‘It really takes a toll on us all. It’s not just the emotional and mental side, but the finances too.

‘We’ve never really had any proper family time as we’re always at the hospital, but when we are all at home and well we make sure to do something. With all these costs in mind, we had to set up a GoFundMe.’

She added: ‘We are asking anyone fortunate enough to be able to help with expenses relating to her treatment for the next year. Including accommodation, travel, specialist equipment and specialist clothing.

‘Despite everything, Olivia remains a cheeky, happy little princess and to see her in this way is heart breaking, but we all have to stay fit and healthy to make sure we’re there for each other.’

The GoFundMe has currently raised over £2,000, with Sally and family being unbelievably grateful for the support they’ve received.

‘It’s so nice to see everyone get behind us for this cause and we are so happy that people are helping our little princess, even in such a difficult time.’