The classic holiday conundrum: how to throw the perfect fete that celebrates not only your love for the season, but your evergreen devotion to unicorns. In 2018, my friends, this particular problem is one of the past — at least, it is now that you can get a three-tier Christmas Unicorn cake at Sam’s Club. The absurdly Instagrammable creation features one tier shaped like Santa’s belt, another tier with Christmas-colored sprinkles, and a top tier for the lil’ Santacorn’s head, resulting in what may just be the cutest holiday-themed dessert your eyes will ever behold.

This cake isn’t just here to up your ‘gram game, though — it also might be a major money-saver. The three-tier cake serves up to 66 people and retails for $69.98, which means you can feed your whole office for a little over a dollar per person. (Well, two to three dollars per person, if your coworker happens to be me.) And if you don’t have *quite* that many people to feed, you can also opt for the smaller but no less majestic two-tier version of the cake, which sells for $39.98 and feeds 46 people. Like the three-tier version, it is pretty darn precious. 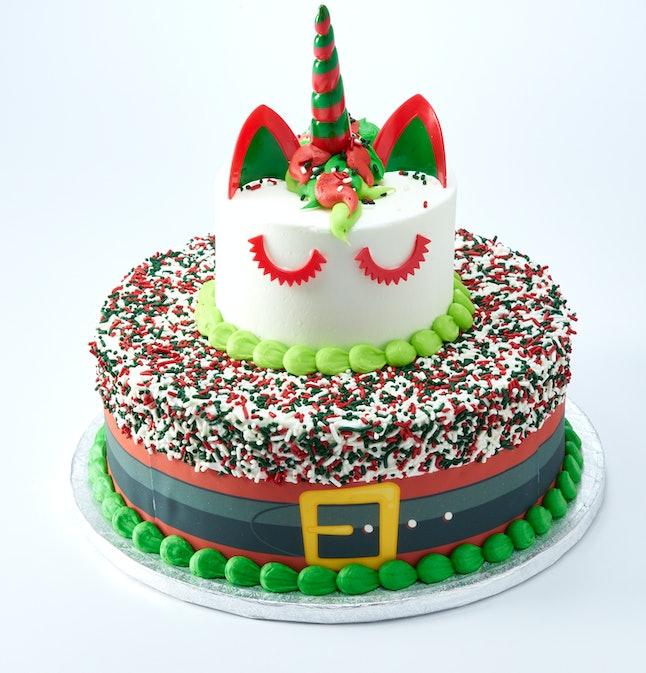 The good news is, if you are looking for a more nondenominational unicorn, Sam’s Club has got your back — in addition to the Santa version, the chain is releasing a three- and two-tier Winter Unicorn cake, decorated in icy blues and whites. And while I respect that it is a Winter Unicorn, that respect does not preclude me from also calling it the Elsa Unicorn, because it basically looks like she sneezed on the Christmas Unicorn cake and made it frosty. 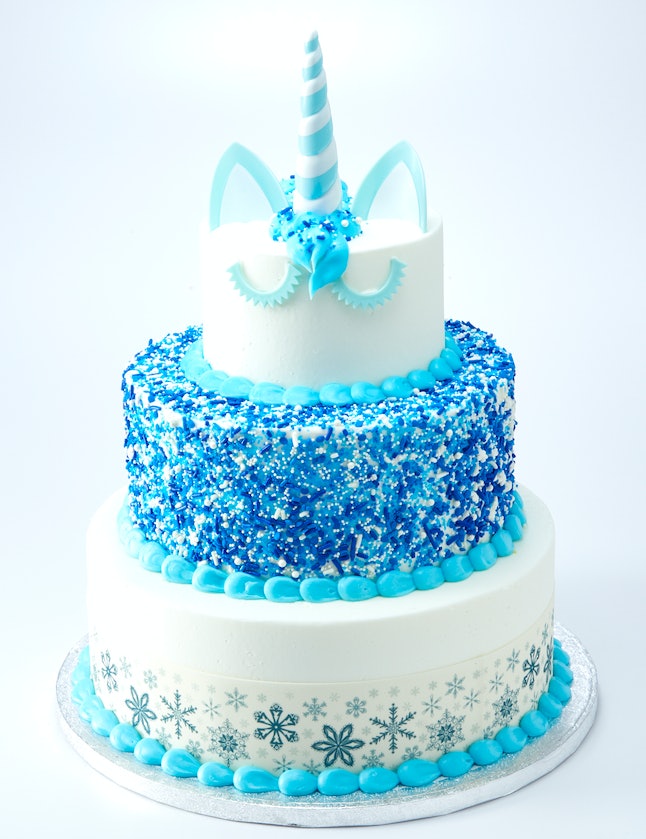 Both cakes come with vanilla or chocolate cake on the side — if you want to order one, you can call ahead to your local Sam’s Club to make sure it’s ready for pick-up on the big day. Pro-tip: you can get both unicorns in two separate flavors to fully maximize your holiday joy.

If this unicorn cake seems familiar to you, it’s because you’ve probably seen a version of it before; in March, Sam’s Club released a rainbow version of the Unicorn Cake with the same pricing. This one featured a rainbow that wrapped around the base tier, multicolored sprinkles, and a majestic golden horn. 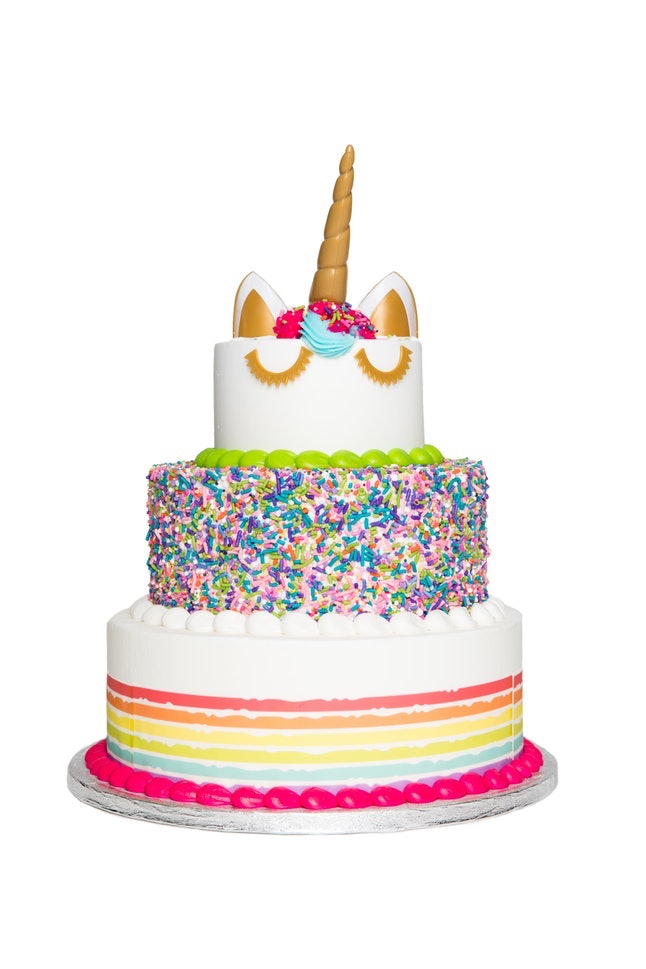 From then on, 2018 become the Year Of Adorable Three-Tier Cakes. Sam’s Club went on to release a mermaid version, and then another version celebrating Mickey Mouse’s birthday. Basically, if you have an adorable theme in mind for your next fete, Sam’s Club probably has a three-tier cake in whatever ~mood~ it needs to match. Granted, my next "fete" will likely just be me marathoning Hallmark/Netflix/Lifetime holiday movies in a pair of red plaid pajamas that probably also have a matching dog version somewhere, but if you can’t justify ordering yourself a two-tier Christmas Unicorn cake to take to the face alone during that, when can you? See y’all on the other side.