Writing NSW, the state’s primary organisation to support established and emerging writers, faces an uncertain future after the state government rejected its application for multi-year funding worth $175,000 annually.

The organisation’s chief executive officer Jane McCredie said she was shocked by the decision, particularly as the state’s literature board had recommended that arts minister Don Harwin should continue the ongoing funding.

‘‘We can’t guarantee that this organisation would be able to keep going if we can’t find alternative sources of support. We are not able to get it from the federal level because the Australia Council made a decision that multi-year funding would not be available for state-based service organisations," Ms McCredie said. 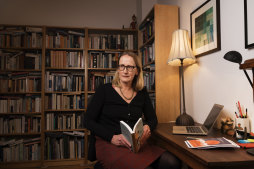 ‘‘Our board is discussing the way forward and there are going to be very difficult decisions for us. But there is no way we can continue to operate as we operate now or to run the breadth of programs we run now.’’

Writing NSW employs 10 staff – most on a four-day-week basis – to organise its courses, workshops, events and festivals. Ms McCredie said she did not expect there to be any redundancies at this stage.

But projects under threat included the Boundless Festival, Australia’s first-ever festival devoted to Indigenous and culturally diverse writers, which is held at Bankstown Arts Centre.

‘‘There was nothing like it at the time (in 2016) and it was specifically designed to give a platform to writers who don’t normally get that opportunity,’’ Ms McCredie said.

‘‘It’s entirely free because given the nature of the festival we wanted it to be accessible and as a consequence it has an audience of young people from really diverse backgrounds, which is not what you normally see at writers’ festivals. There is no way we can continue to run programs so ambitious if we have no underlying funding to support our activities. Huge numbers of programs are at risk.’’

Bestselling crime writer Candice Fox said Writing NSW was a vital organisation. ‘‘They are always diverse in their courses and have a lot of different offerings. You could go to them for industry advice, writing, marketing. They are very approachable if you are starting out and want to study writing or get advice.’’

Novelist and poet Pip Smith, who was named a Herald Best Young Australian novelist in 2018, said the organisation was crucial in providing a sense of community to writers in NSW.

‘‘It’s so important for writers to be able to learn from each other and get advice. Its services are specially important for writers in regional NSW. It’s not Sydney centric.’’ Ms Smith is currently teaching an entry level course on poetry with students from across the state participating.

Ms McCredie said the organisation’s funding had been frozen for the past five years and it had this year applied for an increase.

‘‘We have gone from $175,000 to zero at this point. We can apply for short-term funding but there isn’t anything like the same amount of money available for those kinds of grants and there is also no security or capacity to plan.’’

Last year, Writing NSW had total revenue of about $900,000, of which two-thirds were raised by its own activities, and Ms McCredie estimated the budget had taken a 30-40 per cent hit because of the impact of the pandemic. She said the money helped to support writers' careers.

‘‘Very few writers can earn enough without doing something else. The arts are undervalued in Australia, but literature is the poor cousin. Always has been. Five per cent of ongoing funding is going to literature.’’

Ms McCredie said because of the decision she had resigned from the state’s literature board. ‘‘Obviously I was not involved in the discussions about the recommendation, but I came to the conclusion if I was going to protest against the decision I was going to have resign before we made any announcement.’’