James Holzhauer is unlike any other Jeopardy contestant. The Wednesday, April 17, episode marked his tenth on the game show and when he won a whopping $131,127, he broke his own single-day record set last week of $110,914.

Holzhauer, 34, has a different strategy than most. The professional sports gambler constantly goes for the Daily Doubles, chooses the highest amounts on the board first and bets big Final Jeopardy – a series of actions that have worked out in his favor. The contestant from Las Vegas had the three-highest one-day totals for winnings on the series.

Wednesday night’s final category was “20th Century Literary Characters,” and the answer was: “His first name refers to the ancient district in which you’d find the Greek capital; his surname is a bird.” Holzhauer bet $60,013 after the category was announced and won when he wrote down the correct answer: “Who is Atticus Finch?” from “To Kill a Mockingbird.” 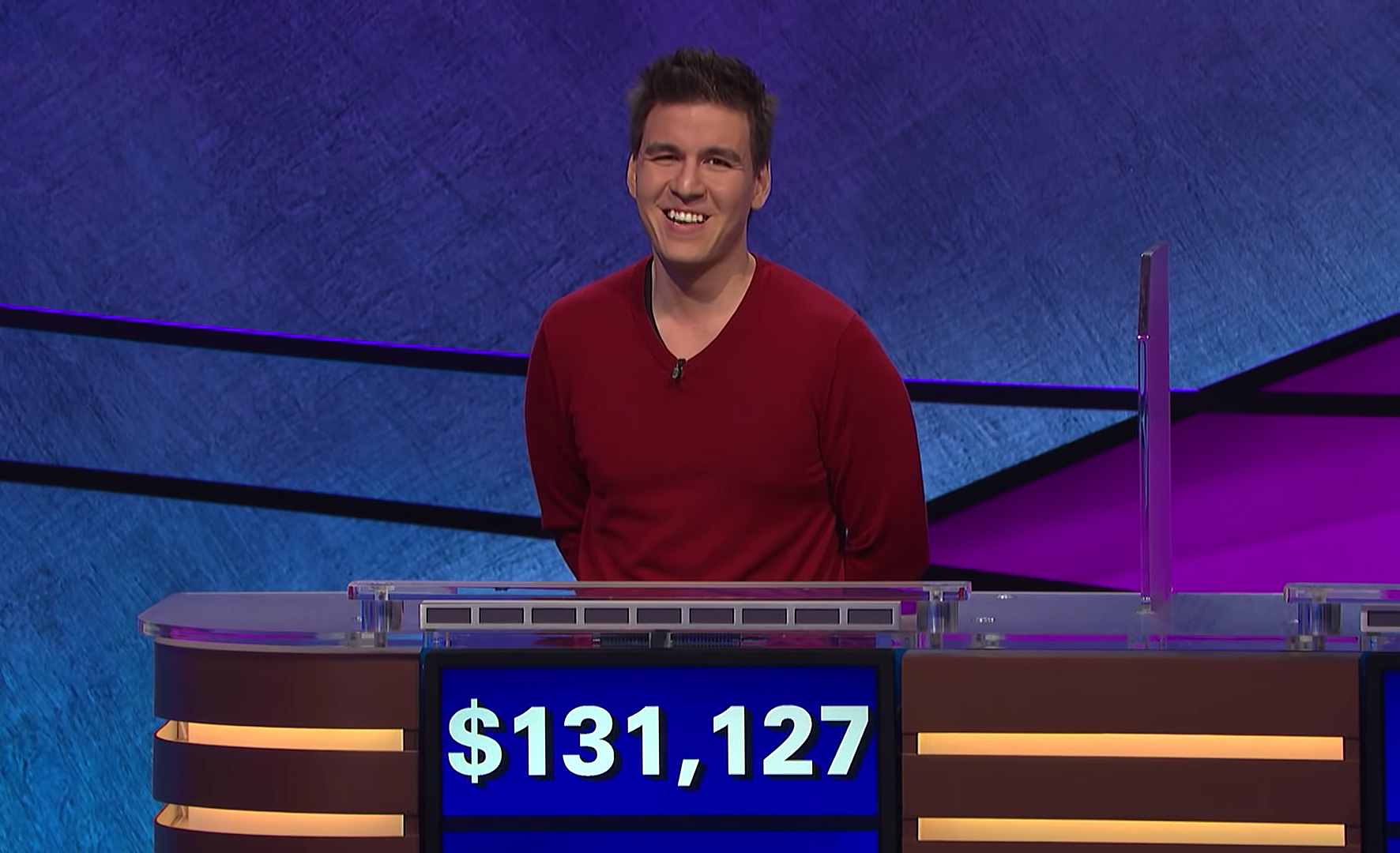 With every Final Jeopardy he’s been part of, he has written a personal message below his answer. On Wednesday, it read, “This is for you, Granny,” a dedication to his late grandmother.

Despite his incredible success, Holzhauer is still in second place when it comes to most winnings earned; his current total is at $697,787. He sits behind Ken Jennings, who took home more than $2.5 million during his incredible 74-game streak in 2004. Jennings, 44, is more than impressed with the young winner!

“This is absolutely insane. I’ve always wanted to see someone try Jeopardy! Wagering this way who had the skills to back it up,” the former contestant tweeted on Thursday, April 18.

Wednesday also marked an important day for the series as it was the final taping for season 35. Host Alex Trebek Opens a New Window. shared an update on his health in a video posted to the show’s Twitter; in March, he revealed that he had been diagnosed with pancreatic cancer.

“Some of you may recall that at the beginning of this season, I promised you that we had surprises in store for you,” the 78-year-old said in a video. “Well, of course, I had no idea at the time that there were some surprises in store for me as well. So here, on the last day of taping for our 35th anniversary season, I wanted once again to thank you for your continuing messages of encouragement and support, particularly the many cards I’ve received from young people. I’m touched beyond words.”