Businesses will be allowed to strike pay deals that leave some workers worse off as part of a suite of government industrial reforms to help the economy rebound after the coronavirus pandemic and boost enterprise bargaining.

Industrial commissioners will be told to effectively override the better off overall test (BOOT), a central safeguard in Australia's workplace system that mandates enterprise agreements improve workers' position compared to industry minimums, for two years based on factors including workers' approval and the virus' impact. 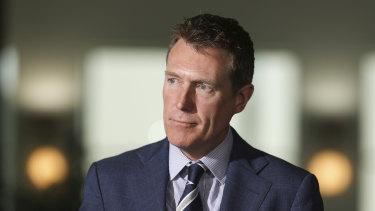 It sets up a fight with the union movement, which regards the changes as a major attack on workers akin to the Howard government's controversial WorkChoices laws.

Employer groups and Attorney-General Christian Porter argue it will get enterprise bargaining, which has been in decline for much of the past decade and has historically led to higher wages, back on track to ensure businesses and workers can strike pay deals to suit their individual needs.

About 2.1 million Australians or 20 per cent of the workforce are currently paid under enterprise agreements, down from a peak of 2.6 million or 23 per cent in 2010, despite population growth in the interim.

Mr Porter, who is also Industrial Relations Minister, said the enterprise bargaining system had been originally designed by Labor prime minister Paul Keating to make it easy for both sides to strike bargains in their mutual interest but been bogged down since.

"The government's reforms aim to restore Keating's vision by making the bargaining system easier to engage with, faster, more efficient and, most importantly, capable of delivering those twin goals of productivity growth and higher wages," Mr Porter said.

Under the new law to be introduced to Parliament on Wednesday, an existing but rarely used power for the Fair Work Commission to tick off agreements that leave workers worse off to deal with a "short-term crisis" will be broadened for two years. Pay deals that leave workers worse off will be approved if employees vote for them and they are in the "public interest", based on factors including the impact of COVID-19 and the company's circumstances.

"Employers have got two years to rush out and negotiate agreements that cut wages," Ms McManus said. Those agreement could last for years longer than the pandemic, she said. "It's the worst attack on workers' rights since WorkChoices," Ms McManus said, referencing the Howard government's controversial industrial overhaul. 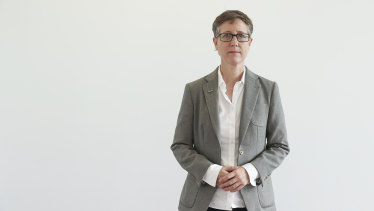 James Pearson, chief executive of the Australian Chamber of Commerce and Industry, which was in months of talks with the unions earlier this year, said the changes would help businesses deal with the pandemic and get them back to the bargaining table.

"Getting an agreement approved is often harder than negotiating it – with many of the current rules the very definition of bureaucratic red tape," Mr Pearson said.

In addition to the changes to BOOT, agreements will have to be approved in 21 days unless there are exceptional circumstances, unions will be restricted from intervening to stop agreements they did not negotiate and the industrial commission will be barred from assessing agreements against hypothetical jobs and shift structures.

Businesses have complained those assessments hold up agreements being passed because of unrealistic concerns but Ms McManus said it was critical to stop workers on irregular hours from being ripped off.

The government's bill, to be introduced into Parliament on Wednesday, instead tells the commission to consider only "reasonably foreseeable" shifts and hours.