‘I got super excited about kitchenware’: Women reveal the EXACT moment they realised they were ‘getting old’ in a frank online thread

The visible signs of ageing inevitably catch up with all of us, but as this thread proves, sometimes there are more subtle reminds of the passing years.

And now the users of Reddit/AskWomen have revealed, in candid detail, the exact moment they realised they were ‘getting old’.

Many admitted they felt old after having discussions with younger generations who had never heard of once popular gadgets such as Tamagotchi and VHS tapes.

Others cited the first time they were able to buy alcohol without being asked for ID, and noticing a change in their spending habits. 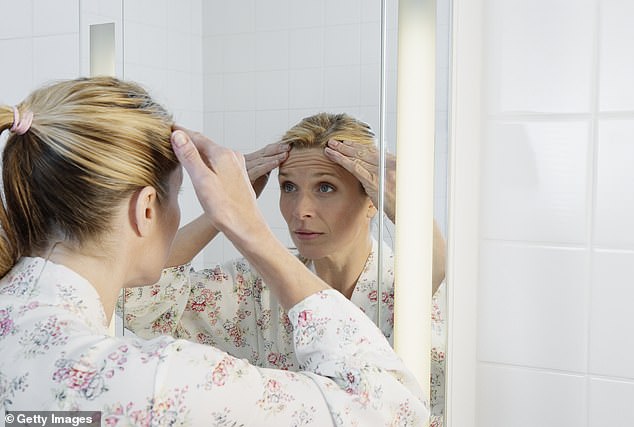 A number of women from around the world told how conversations with young people proved to be an indicator of middle age.

Speaking about how children’s entertainment has changed, one woman wrote: ‘One of my staff members didn’t know who Lamb Chop was. As in Lamb Chop’s Play Along.

‘Then we were talking about childhood dolls and she said she played with Bratz and not Barbie… which came out when I was in my last year at high school.’

Another said: ‘Adult women at a local business had no idea what “Tamagotchi” meant. Friend used it as his tag for laser gaming.

‘None of the employees could spell it or knew what he was talking about. We started naming other things from our generation, and they didn’t recognise anything. We found it hilarious and sad, because it showed how old we were.’

Others claimed the moment their priorities changed for how they spend their money and age related illness made them feel ‘old’.

A user speaking under the handle ‘Emptyplates’ told how she spent money that was suppose to be used for something fun on an item needed for the house.

She said: ‘When my dad gave me $1000 for my birthday about 10 years ago. Was suppose to spend it on something fun, so I bought a new water heater which we desperately needed.’

One person wrote: ‘A guy approached me in a bar and asked my age, then asked me if I had kids. You don’t really ask that to a 20 years old, but I guess when you’re 27 it becomes a standard question.’

Another added: ‘Used to have good eyesight now I’m half blind and I don’t want to go get them checked because it makes me feel old but I’ve always wanted to have glasses for the looks.

‘I know I’m going to have to go sooner or later I’m just not ready to face the fact that I’m 32 and not in my late 20s which is what I kind of feel like.’