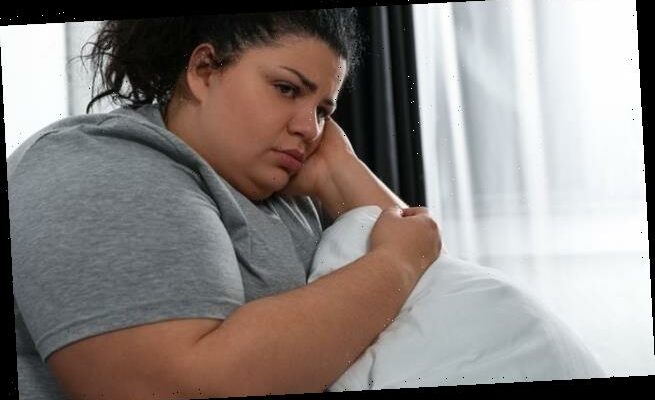 A woman with postpartum depression has told how her husband calls her ‘Miss Piggy’ in a bid to ‘motivate’ her to lose weight.

The anonymous woman, 32, believed to be from the US, took to Reddit and questioned whether forum users think she was unreasonable for shouting at her other half after he ‘oinked’ at her while she was eating dinner with their young children.

She went on to explain how she has struggled to shed the pounds following the birth of her baby, adding the reason was ‘mainly due to [her] postpartum depression.’

In the post, the woman penned: ‘I get next to no sleep attending to my children and most mornings, I can barely get out of bed, much less drive to the gym. It’s been a dark few months for me.’

After confiding in her husband known only as ‘Dave’, 43, about her struggle to shift the excess baby weight, he informed her he’d help motivate her to do it ‘because he loves her’. 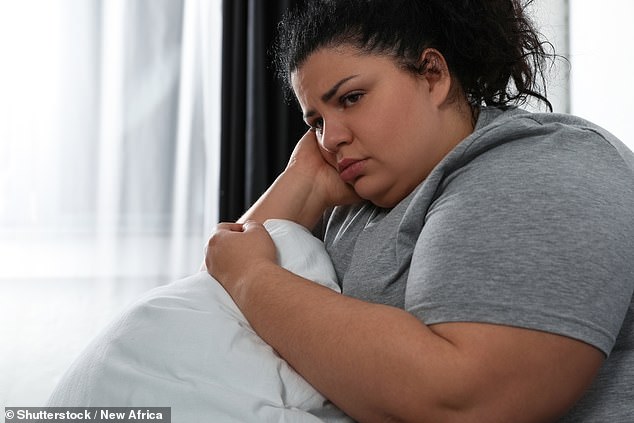 An anonymous woman, 32, with postnatal depression, believed to be from the US, has told how her husband calls her ‘Miss Piggy’ in a bid to ‘motivate’ her to lose weight 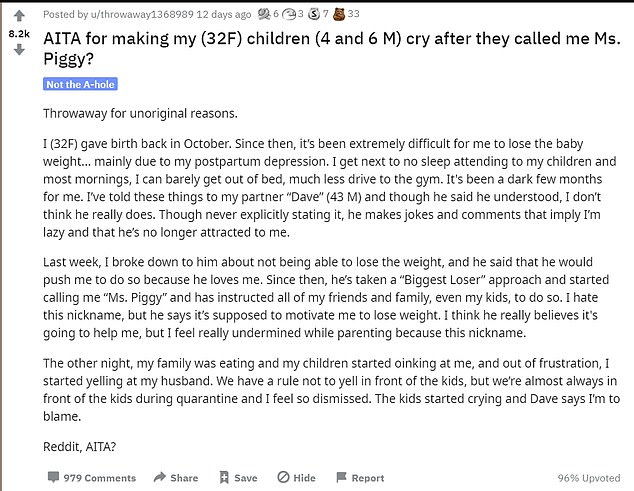 In the post, the woman explained how she has struggled to shed the pounds following the birth of her baby, adding the reason was ‘mainly due to [her] postpartum depression’ (pictured)

However, his method of helping was to call her ‘Miss Piggy’ – and he even went so far as to urge her loved ones and even their children to do the same.

‘I hate this nickname, but he says it’s supposed to motivate me to lose weight,’ she wrote. ‘I think he really believes it’s going to help me, but I feel really undermined while parenting because of this nickname.’

The mother went on to explain how things took a downward spiral when, while she was eating dinner, he ‘started oinking’ at her – resulting in her shouting at him.

But it seems Dave was alone in his thoughts, because when the mother-of-two took to Reddit to ask whether she was in the wrong, everyone slammed the husband’s ‘abusive’ behavior.

‘Wait, he says he’s calling you demeaning names because he loves you? No. When you love someone, you use terms of endearment. Honey, Sweetie, Darling. Not Miss Piggy,’ wrote one, while a second penned: ‘Yes, this is abuse, full stop. And your children are learning it.’ 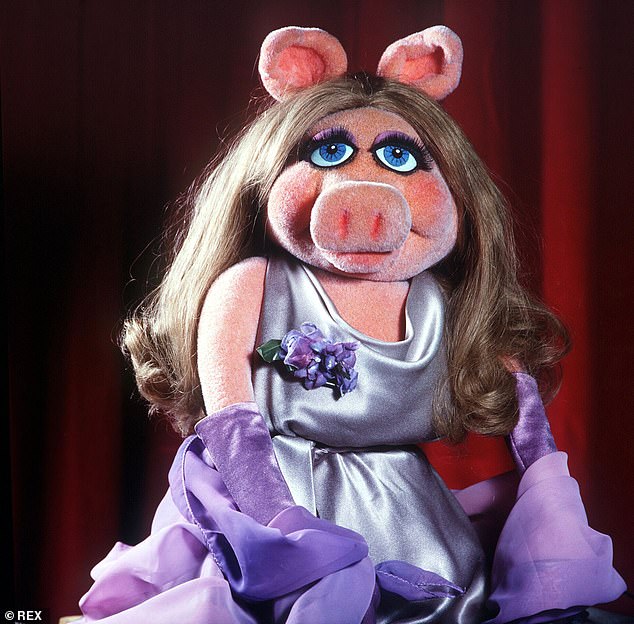 The woman explained how her husband’s method of helping was to call her ‘Miss Piggy’ (pictured) – before urging her loved ones and even their children to do the same. 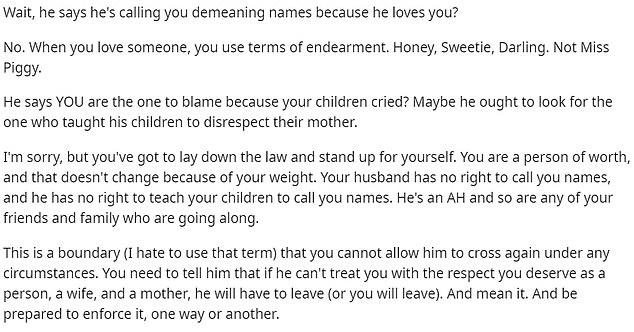 One frustrated woman urged: ‘Please stand up to him and let him know this abuse stops now’ (pictured)

A third added: ‘He is also teaching his kids to be bullies and he is a bully. What a mean person,’ while a fourth wrote: ‘Teaching your children to humiliate you into losing weight is so beyond f***** up.’

Another sympathized with the woman and commented: ‘As a mother who also had trouble losing her baby weight and has always always had weight issues, this brings tears to my eyes. I hope there are others in your life who can support you.’

Elsewhere, others urged the mother-of-two to stand up to her husband – adding ‘this has to stop.’

‘THIS It’s clear now why you’re depressed. It’s because you’re married to a huge AH. How dare he. Please stand up to him and let him know this abuse stops now. What an AH. You’re NTA,’ wrote one.

A second agreed: ‘Sit your parents down and talk to them about how it makes you feel or write everyone who calls you Miss Piggy an email how it only hurts and makes it worse, not help.

‘Get therapy to deal with this and let a therapist tell this ahole of a husband how he’s being an ahole.’

Taking to the comments section, one person penned: ‘Yes, this is abuse, full stop. And your children are learning it’ (pictured)