Woman reveals genius hack for getting candle wax out of fabric in MINUTES – using nothing more than a knife, a paper towel and an iron

A woman has revealed her incredibly simple tip for removing candle wax from fabric using nothing but an iron, paper towels and a knife.

In the video she can be heard exclaiming: ‘I could not believe it. It’s so easy and cheap’.

The trick, which is perfect for removing spilled candle wax from fabric, could help save others hundreds in upholstery cleaning bills.

DIY- How to remove candle wax from furniture 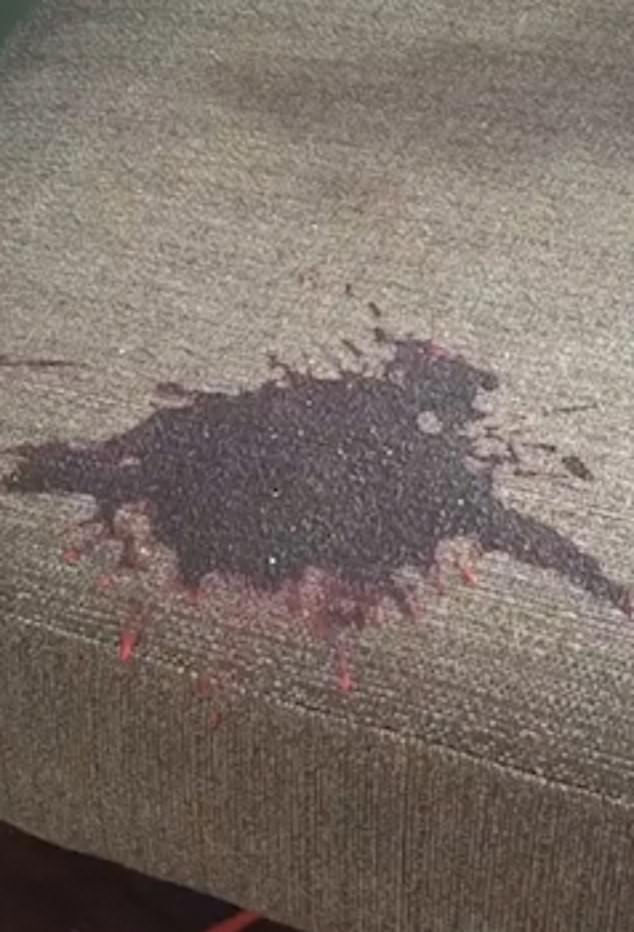 The unknown woman filming the tutorial claims she had called an upholestry company to clean her fabric chair, but when they told her what they planned to do, she decided to try it herself for free.

Using just a butter knife, and an iron, the woman is able to remove the huge stain from her fabric chair.

First, she recommends allowing the wax to completely dry into the fabric.

Next, the women begins scraping off the excess wax using a butter knife. Then, she takes two paper towels, and places them over the stain.

Using a hot iron, she begins to iron over the top of the wax stain, melting the wax into the paper towel. 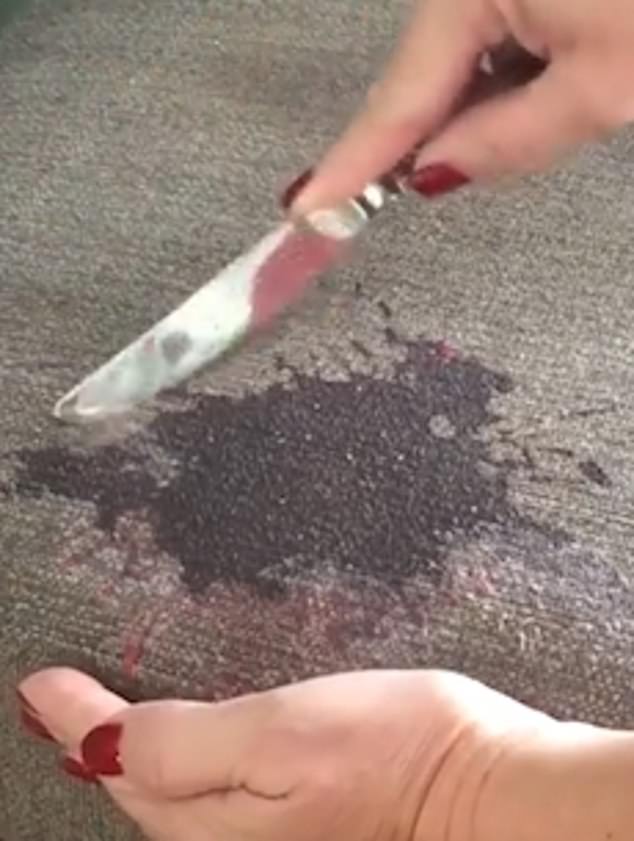 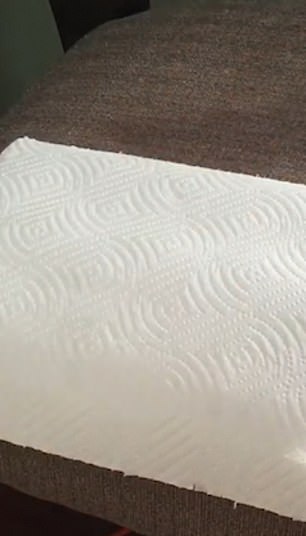 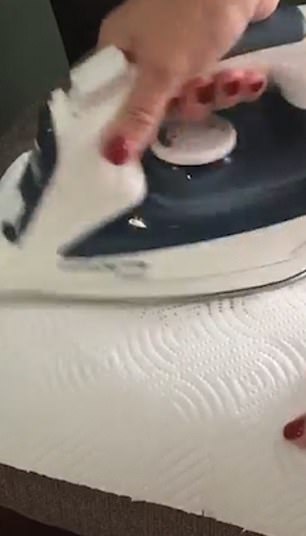 Next, she places a paper towel over the stain, and takes an hot iron to the area

The wax comes off onto the paper towel, before she starts again using another sheet of paper towel.

The woman recommends ironing out the candle wax, which should come ‘right out’.

She says: ‘Just keep doing that until all of the candle has come off, and then you’re good to go.’ 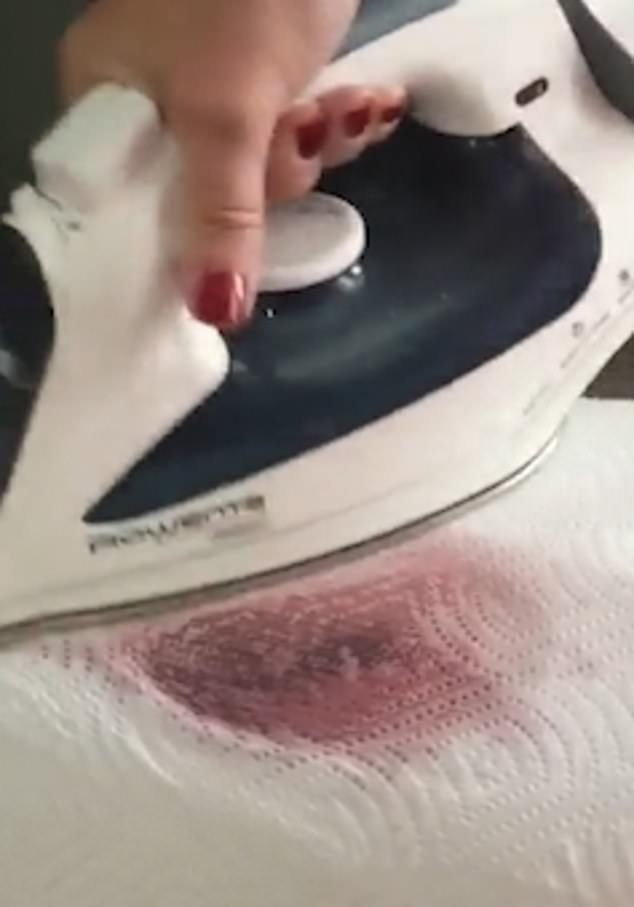 The hot iron begins to melt the wax. Once it’s come through one paper towel, the woman is quick to replace it with another. 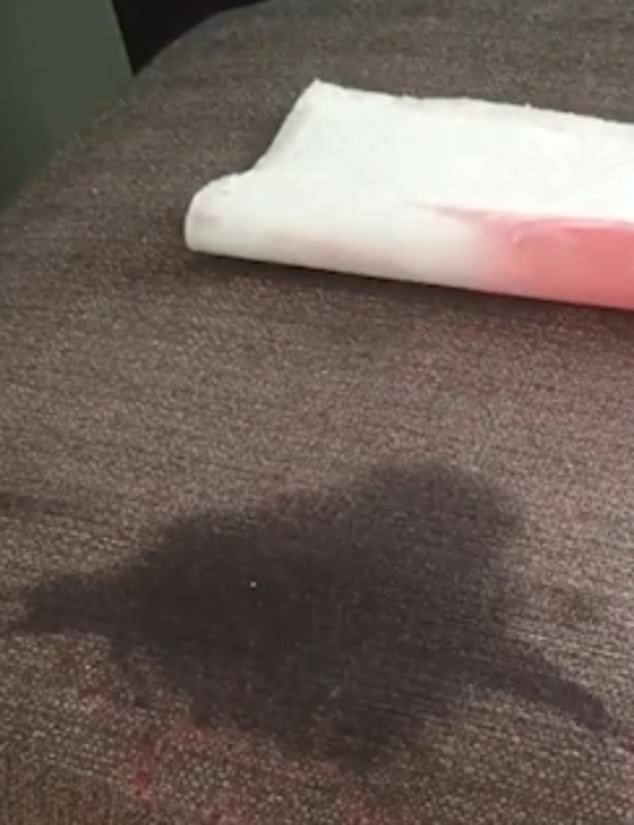 Once the first paper towel has soaked up the melted wax, she moves on to another piece scrubbing until the stain is removed completely

As she removes the stain viewers can hear her praising how much cheaper this method is than called an upholstery company, saying: ‘I love to save money like that’.

Other users have commented on the video with their advice.

One wrote: ‘My mum has been doing this for years to get grease off clothes with a brown paper bag’

Another said: ‘Thank you for the tips you all’.