‘I don’t run out of space’: Mum discovers a simple new way of hanging clothes on the line that has shaved HOURS off her laundry time

A savvy Australian mum has revealed a simple technique which has halved the amount of time she spends drying her family’s laundry.

Revealing details in a cleaning Facebook group, a working mum named Jessica said she’d been searching for a way to cut down the time she spent doing laundry when she came across a ‘genius’ idea.

The technique involves hanging out her washing across two lines rather than hanging each item individually over one line.

‘It saves me so much time and stress when getting all my washing done,’ Jessica wrote alongside photos demonstrating her version of the hack. 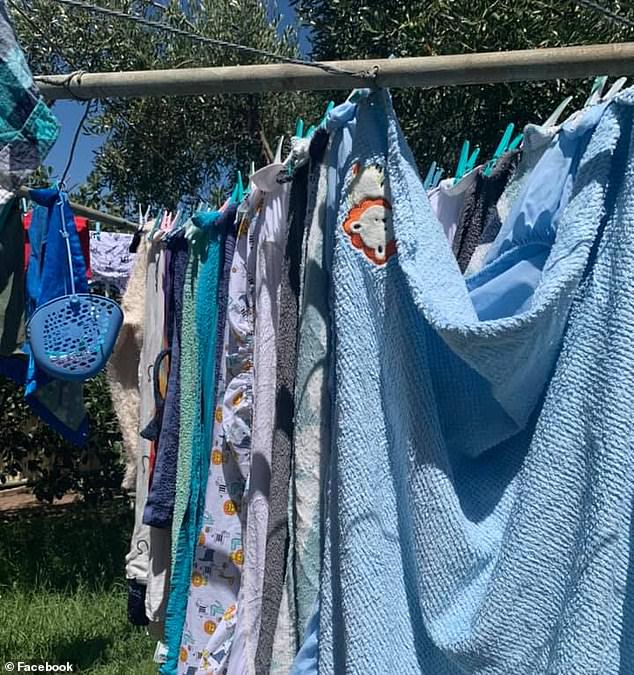 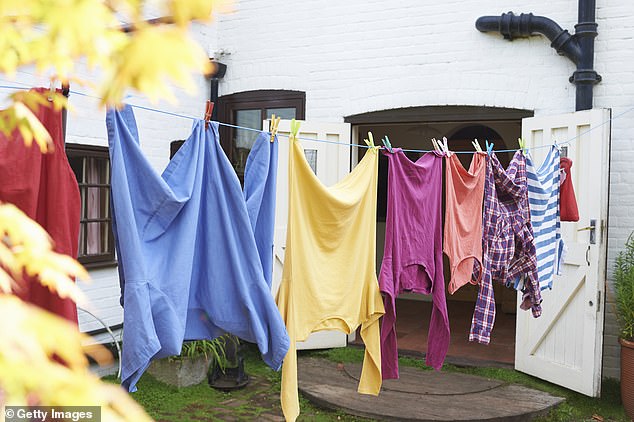 ‘Being at work full-time and running a home, I do most of my washing on the weekend and all in one day now and I don’t run out of space,’ she added.

‘I hang towels, blankets, jackets, T-shirts all across two lines and still have so much room left.’

Big items were also given the same treatment, however, these were folded in half before they were hung to reduce space.

She said her photos show how she’d just hung out three loads and still had room for more.

Other mothers who’d seen the woman’s post online were clearly thrilled by the prospect of finding a trick to help time spend drying their laundry.

One woman, Lesley, enthusiastically wrote: ‘I thought I’d seen all the hacks but this is gold!’

Another Mereana chimed in saying ‘Ooh, that’s clever. My new line is so small. This would make for a great hack (sic). Thanks for sharing.’

A few commenters also shared how they’d used the hack previously and had found it successful as a way to dry their washing. 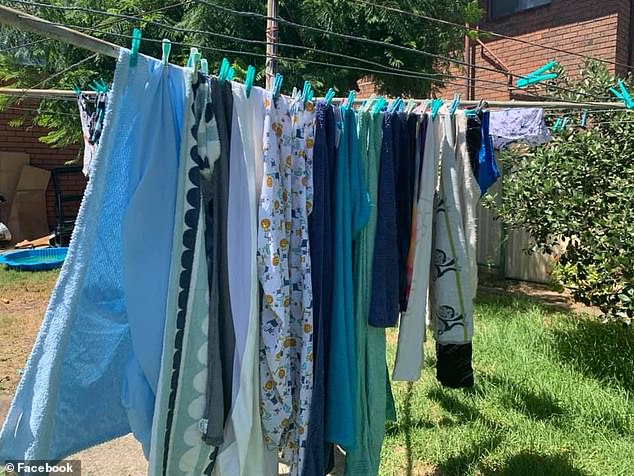 ‘I hang towels, blankets, jackets, T-shirts all across two lines and still have so much room left,’ Jessica shared

‘That’s how I dry my towels and when my kids were in their cots, their cot sheets,’ wrote Kristin on the post.

Marianne said: ‘Yup I’ve done this a few times as well especially with sheets, they dry quicker too.

A third Julie wrote: ‘When we have loads of washing I fold everything in half length-wise and only use one peg in the centre.’