A woman whose fiancé has been making love to sex dolls for over a decade has recalled the first time she met the ‘big Barbies’ he has spent thousands of dollars on.

Shawna Bigelow from Novia Scotia, Canada, is sharing her bizarre story on We TV’s new reality series Extreme Love, which takes an intimate look at the real-life relationships of the most unusual couples from around the globe.

In a preview clip for the show, which premieres on December 28, Shawna reveals that her husband-to-be Dave Hockey took her down to his basement to introduce her to three of his sex dolls within hours of meeting her. 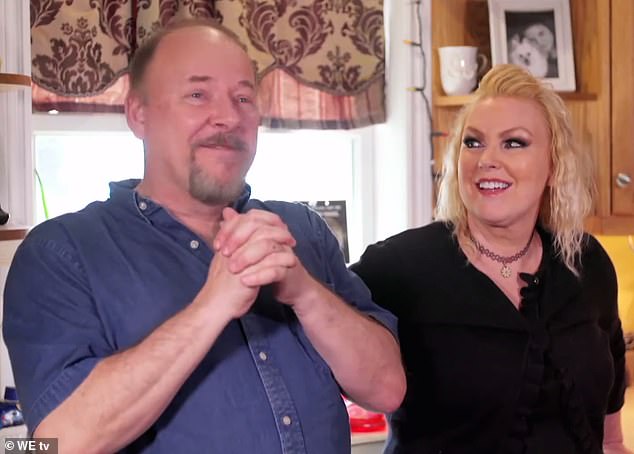 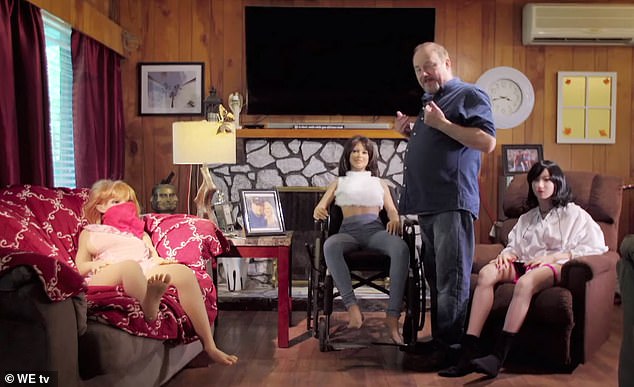 Fetish: Dave has been collecting and making love to these dolls for over a decade

‘I said, “Oh my god all these dolls hanging off meat racks —just like big barbies,”‘ she says of the strange moment.’

While most people would have considered Dave’s doll collection a red flag, Shawna admits that she had fun playing with them from the get-go.

‘I took their hair off; I put it on myself,’ she says. ‘I could dress them up, and, you know, do everything. I was thinking of just big Barbies, like Barbie dolls.’

Dave was beyond impressed with Shawn’s reaction to his beloved dolls.

‘I was thinking, “Oh wow, this is the woman of my dreams,”‘ he recalls.

Not only did Shawna like the dolls, but she also agreed to share her man with them.

Dave has been collecting and making love to silicone dolls for the past 10 years, and he has nothing but love for them. 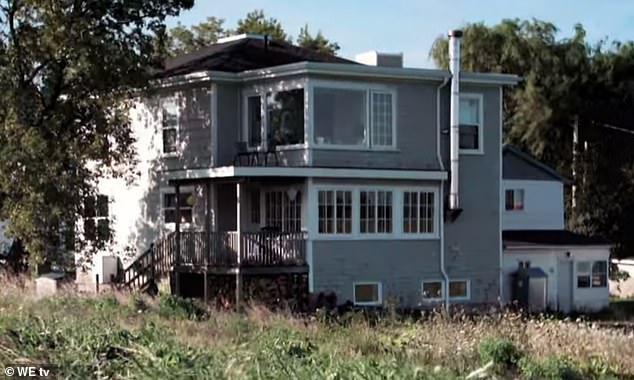 Say what? In a preview clip for the new We TV reality series Extreme Love, Shawna reveals Dave took her to his basement to show her the dolls within hours of meeting her 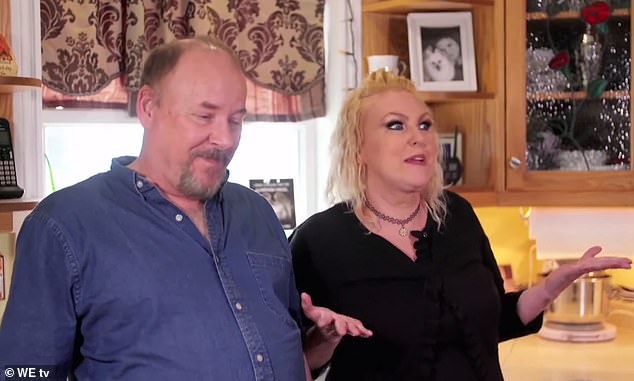 Meant to be? Shawna says she viewed them as ‘big Barbies’ and started trying on their wigs 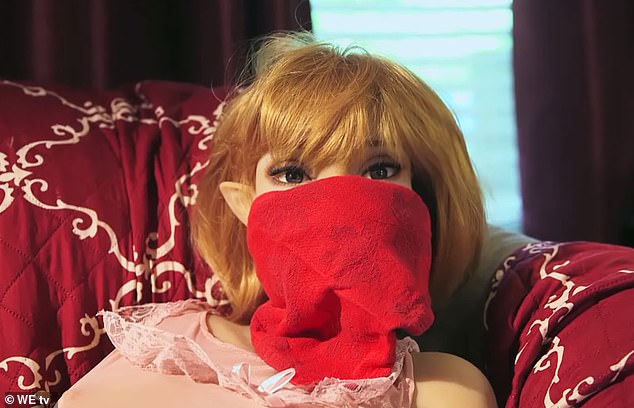 Three’s company: Not only did Shawna like the dolls, but she also agreed to share Dave with them

‘So they are probably the most incredible sex toy a man is ever going to see,’ he boasts.

Dave bought his first doll for a documentary in 2010, but before he met Shawna, his unusual hobby had a detrimental effect on his love life, with women he met cutting off contact after they discovered his passion.

Shawna is the first woman he has met through online dating sites who embraced his fetish.

‘I had been on a dating site and I had a few good candidates, but I had someone that dumped me immediately when they did a search for me on the internet and saw the documentary,’ Dave said in a 2014 interview.

‘Our first date it was my dad’s birthday,’ he recalled. ‘I stopped by gave my dad a card and took [Shawna] to the basement and showed her these things.

‘I thought, if she leaves me then that will whittle down the choices.’

Proud: Dave boats that his dolls are the ‘most incredible sex toy’ a man will have have 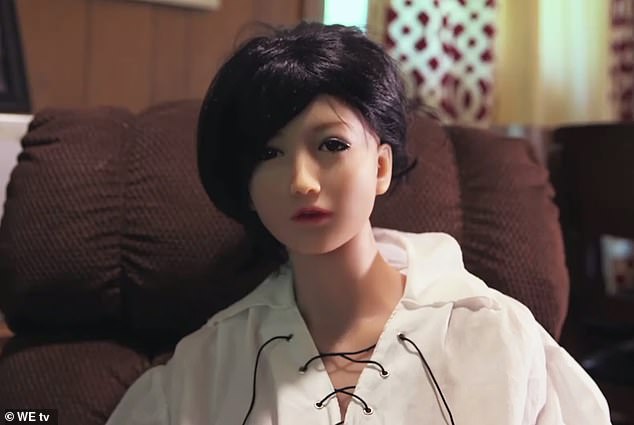 Passion: Dave says he like to call them ‘love dolls’ because they are so much more than just blowup dolls

Fortunately for Dave, Shawna took to the idea immediately.

The couple regularly includes one of Dave’s female dolls while they are having sex, and Shawna claims the addition to the bedroom was actually her idea.

She admitted that although she gets jealous of the attention her partner gives to his dolls, it is easy to overcome.

Since Dave and Shawna got together, they have spent more than $25,000 on silicone dolls to spice up their relationship.