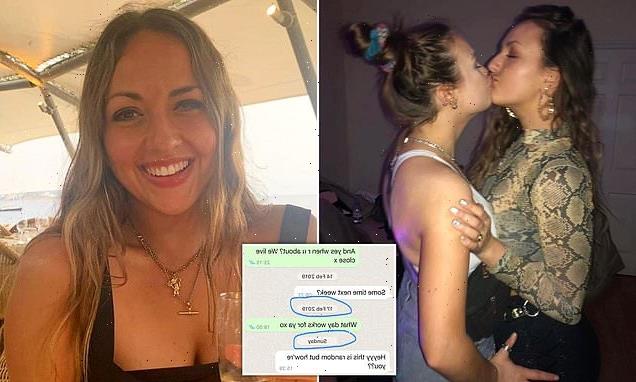 A woman was shocked after a man she briefly dated three years ago, messaged her without warning.

Sophie Ward, 25, from London, had been on a date with a man she met on the dating app, Hinge, three years previously but the conversation abruptly ended when he neglected to reply.

After going travelling and settling down with her new wife, Sophie was amused to learn her past date wanted to spark conversation again for no apparent reason, and shared a photo of the exchange to Twitter, gaining 11,000 likes.

Seeing the funny side of the seemingly random attempt to get her attention years later, Sophie’s Twitter followers soon shared their own experiences with people messaging without warning. 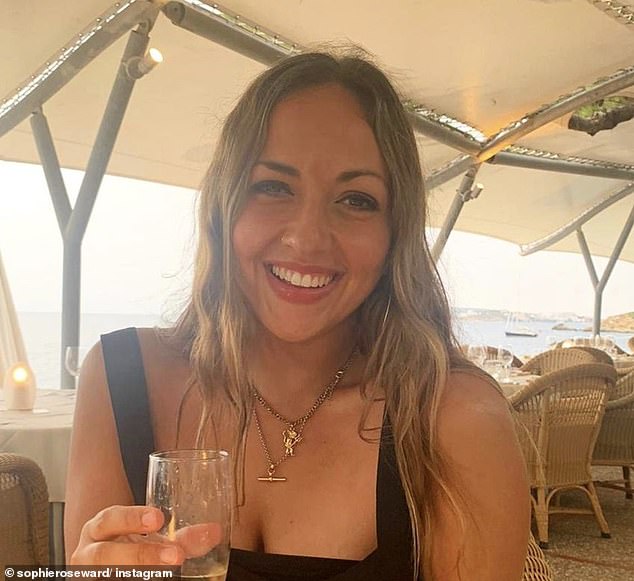 Sophie Ward, 25, from London got a hilarious surprise when an old flame got in touch with her randomly, three years after ignoring her 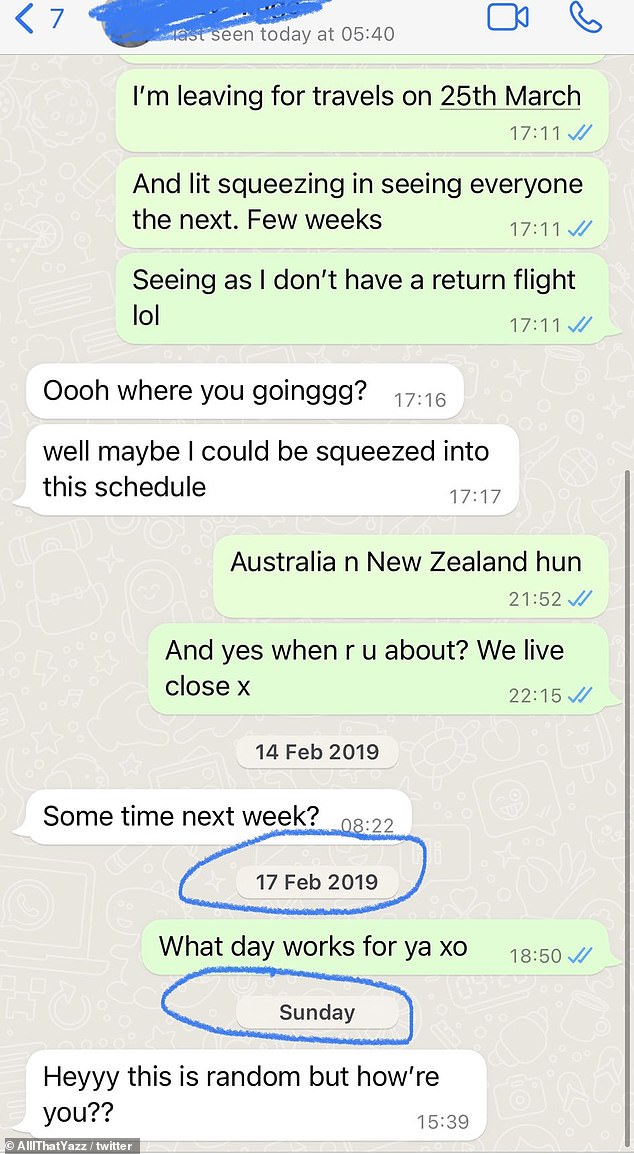 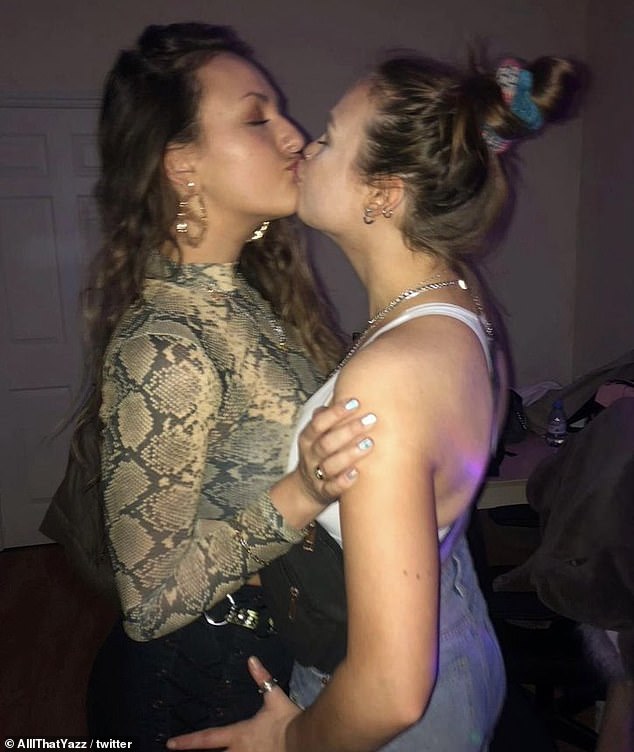 Now, Sophie has moved on and is happily married to her wife after getting hitched in 2020, making the communication from her ex even more of a surprise

Sophie’s tweet read: ‘How has this Hinge boy just got back to me three years later?!?!? Yeah, just travelled Australasia and now live with my wife.’

Over WhatsApp in 2019, the conversation started with Sophie explaining that she was going away, saying: ‘I’m leaving for travels on 25th March

‘And [literally] squeezing in seeing everyone in the next few weeks seeing as I don’t have a return flight lol’.

Her date then replied: ‘Oooh where you going? Maybe I could be squeezed into this schedule.’

After explaining that she would be going to Australasia, Sophie agreed to meet up stating it would be easy as they lived near each other.

After her date said: ‘Some time next week?’

Sophie replied with: ‘What day works for ya’ in February 2019 and didn’t get a response.

It was perhaps understandable that he didn’t want to start dating someone who was about to leave the country.

But what made less sense was his decision to pick up the conversation again last Sunday after a three  year silence, writing: ‘Heyyy this is random, but how’re you?’ 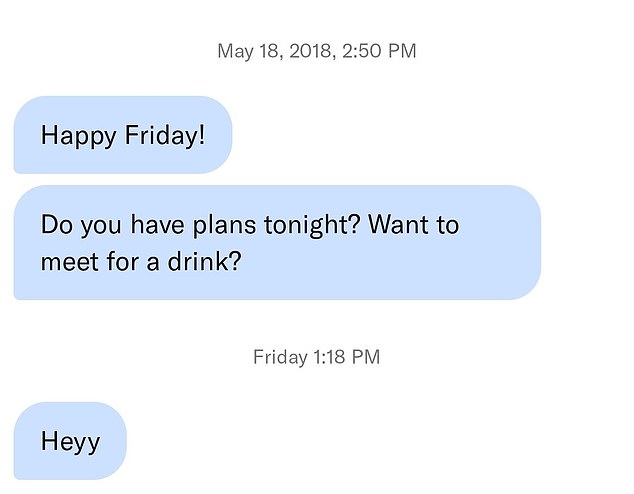 One woman shared a  message fron a man she ingored back in 2018, who is still trying his luck four years later

Sophie didn’t respond to him but shared a picture of her and her wife kissing, captioned: ‘Wifed up since Sep 2020’.

Her Twitter followers found the exchange hilarious and were quick to suggest reasons why he chose to get in touch.

One person said: ‘90% positive that he just got dumped or broke up with someone and now wants to go back to someone somewhat familiar to rebound.’

While another thought he had initially stopped replying to avoid February 14th, saying: ‘I’m just lovin how unsubtly dodging Valentines AND a pandemic is in one screenshot.’ 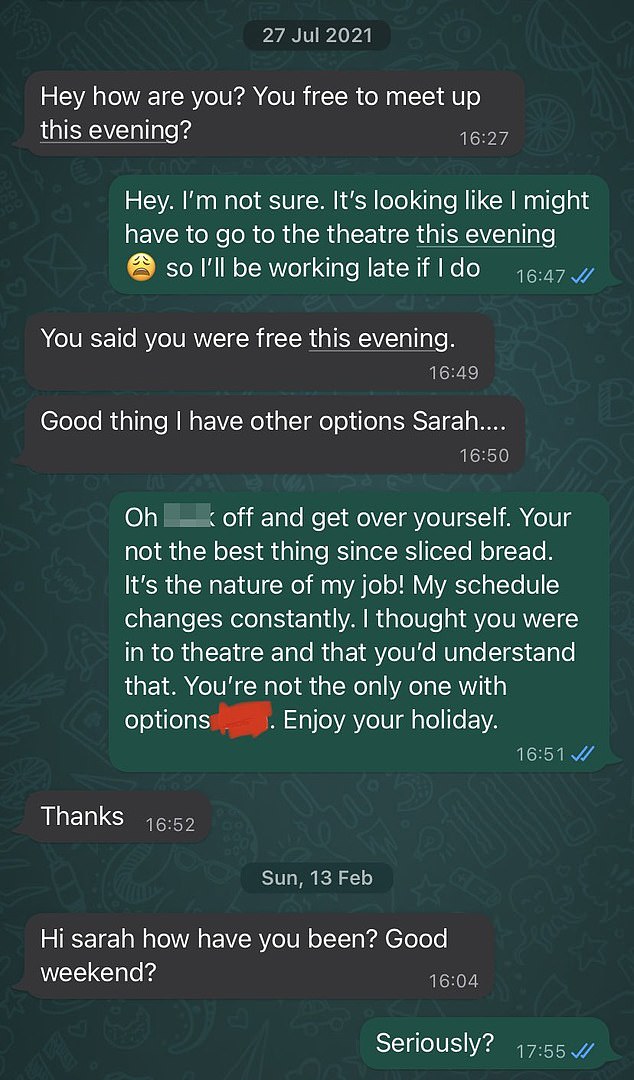 A third person thought there were power moves at play: ‘You take 3 days, he takes 3 years, your move now, play the long game.’

Others shared their own examples of old dates popping up from nowhere.

One person said: ‘3 years? This lass came back to me 8 years after she stopped responding to my messages.’

He shared a screenshot of her message in which she apologised for the ‘late reply’ and claimed she’d been busy.

Another person shared: ‘I got this the other day, from a guy I hooked up with over 5 years ago?’

In his message, after she asked who it was, he admitted that they’d only met once and that he’d been going through his contacts ‘seeing what’s what’. 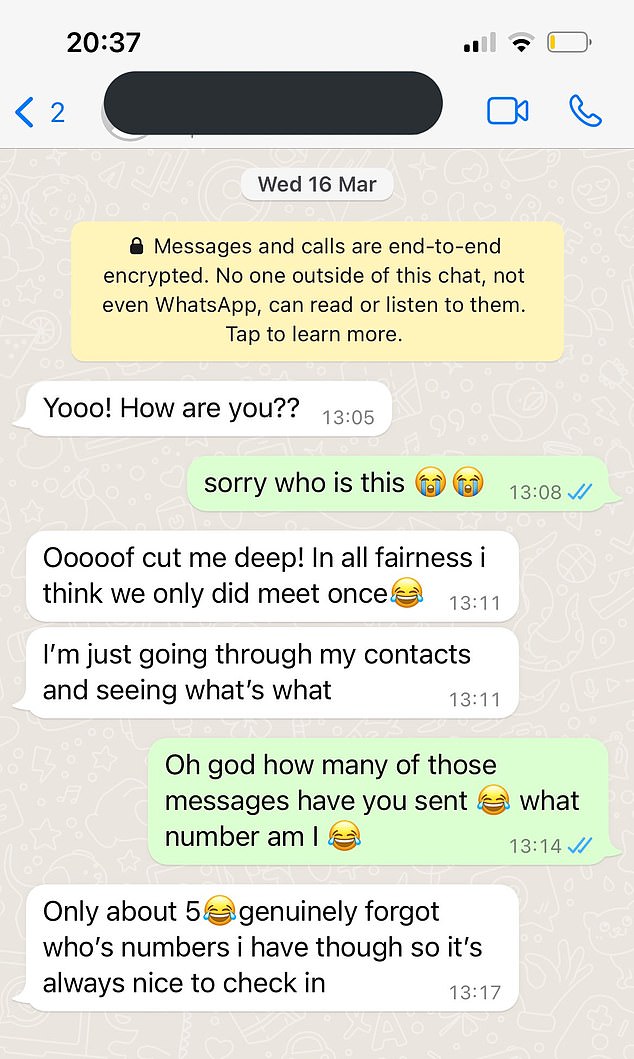 Someone else in the thread found themselves in a similar situation after a man from her life five years ago messaged to ‘check in’, while going through his contacts to ‘see what’s what’