Woman, 28, who was told by doctors she couldn’t have children gives birth four HOURS after discovering she is pregnant when visiting hospital with ‘stomach ache’

A woman who was told she would never have children has given birth to her first baby girl just four hours after discovering she was pregnant.

Bar worker Danielle Adams, 28, from Stoke, had visited to hospital after complaining of stomach ache, which she put down to constipation, her appendix, or kidney stones.

But an ultrasound scan found she was nine months pregnant and Danielle was rushed to the Royal Stoke University Hospital where she had an emergency C-Section and little Maisie-Rose Moore was born.

Danielle ‘broke down in tears’ due to shock after hearing the news she would become a mother, but was elated when her baby girl came along, and says she’s finally made her and partner Stuart Moore, 36, ‘a family’. 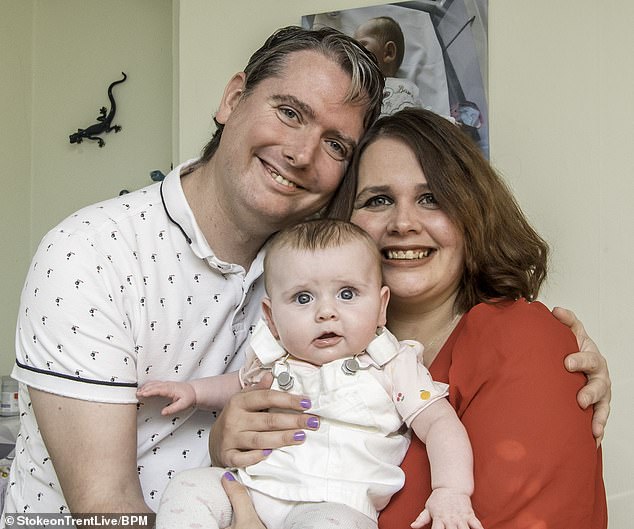 Bar worker Danielle Adams, 28, partner Stuart Moore, 36, from Stoke, were told they would never have children, but Danielle gave birth to her first baby girl just four hours after discovering she was pregnant

Danielle only reported a dry throat during the previous nine months and did not experience any kicking.

She had cravings for croissants, did not have a typical bump, and blamed her one-stone weight gain on lockdown.

Upon learning she was pregnant, she explained: ‘I thought the doctor was winding me up. When he finally convinced me I broke down in tears because I was just so shocked.

‘I was really happy – it was very overwhelming. I didn’t think I could have children which is why it was more of a shock. 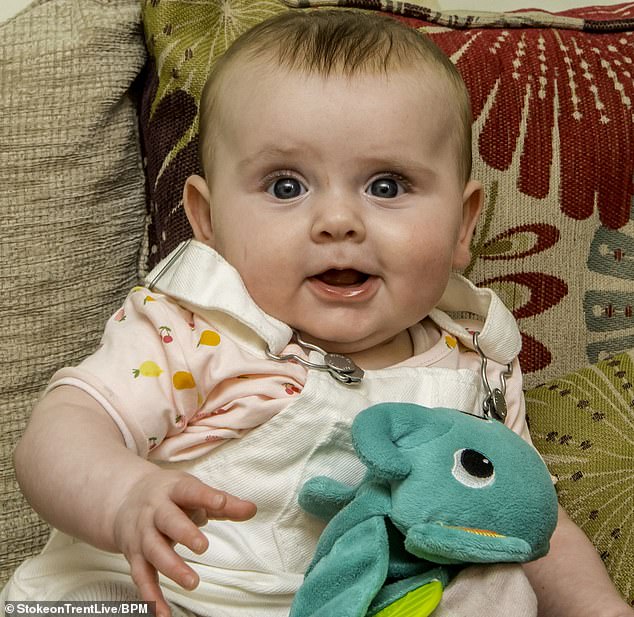 She added: ‘She is a total miracle to us.’

Maisie-Rose’s heartbeat was dropping, meaning doctors were concerned the baby’s oxygen supply may be compromised, and Danielle says she was on a ‘high’ after finally being able to hold her baby daughter.

Danielle explained: ‘Her heartbeat kept dropping and they couldn’t tell me if it was a boy or a girl or if they were healthy. They could only get the top of her leg on the scan.

‘Days after she was born I was on a high. When I first held her in my arms, I was lying down and they put her on my chest and it was just amazing.

‘I remember turning around and saying “I’ve got a baby girl.” It was the best feeling in the world, she has completed us and made us a family. She has brought our lives together.’ 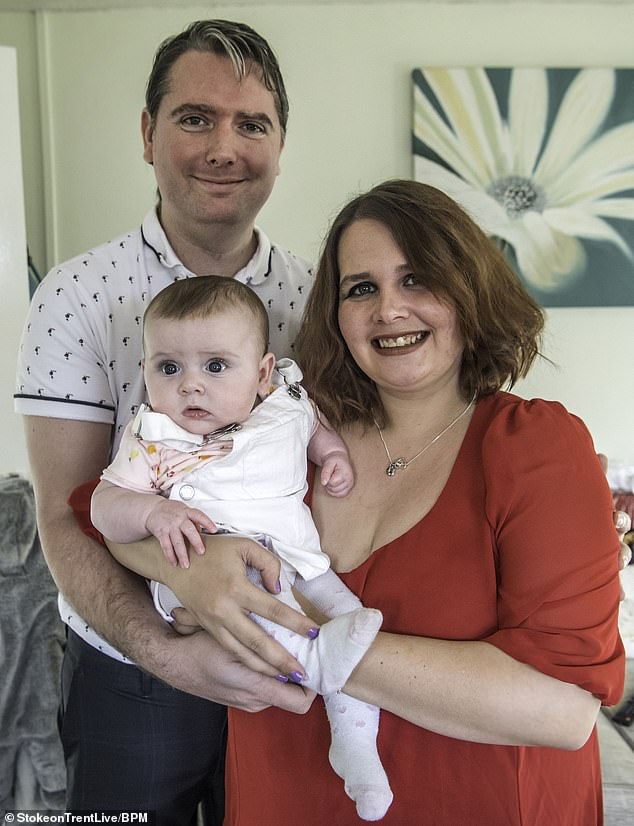 Danielle had to break the news to Stuart that he was about to become a dad over the phone because he wasn’t allowed inside A&E at Stafford’s County Hospital due to the coronavirus pandemic.

‘He was over the moon’, said Danielle, ‘On the way to the Royal Stoke, Stuart drove up in his car and I said to him “Can you ring my mum and tell her I am having a baby”.

Signs and symptoms of pregnancy

‘He rang my mum and she was shocked. She was on the way back from my step-sister and she gave us so much stuff.

‘Friends and family were bringing her stuff over and sending stuff in the post, and we had to start turning stuff down. It was amazing.’

She added: ‘It’s such a special feeling to bring another life into this world.

‘It took me a long time to wrap my head around it but I look at her now and think ‘how did I create you?’.

‘It was an amazing experience and she is amazing.

‘I would like to thank all the staff at County Hospital and the Royal Stoke University Hospital.

‘After I had her I stayed in the maternity unit for about four days and the midwives and staff were amazing.’

Stuart said the whole thing was ‘surreal’, and that while he too experienced shock at first, he felt ‘incredibly proud’ when he held his baby daughter for the first time.

‘My first reaction was just shock. I got to the hospital to see what was going on and it was all a bit surreal.

‘The shock stayed with me until we went into the operating theatre and then there was this overwhelming thing happening and it was really amazing.

‘I was incredibly proud when I held her in my arms. I couldn’t believe what had happened.

‘We weren’t expecting to be able to have children so there was nothing we were really looking at. Our lives have completely changed.’