The bubbly personality Sarah Ferguson has displayed over the years is one of the reasons she became a favorite among royal fans. But even the Duchess of York can get angry.

One reporter found this out during an interview with Prince Andrew‘s ex-wife when some questions rubbed her the wrong way causing what has been described as a “train wreck.”

Sarah is no stranger to having her name in the headlines. One that garnered a ton of attention was in 1992 when she was still legally married to Andrew.

In what became known as the toe-sucking scandal, the duchess was photographed sunbathing topless with her toes in the mouth of American financier John Bryan while her daughter, Princess Eugenie, was playing just a few feet away. The photos were splashed all over the tabloids, which was a huge embarrassment for the royal family. Four years later, Fergie and Andrew finalized their divorce.

Another scandal that made the news was in 2010 when she was between $2 to $5 million in debt and on the verge of filing for bankruptcy, per The Guardian. In an act of desperation, the Duchess of York tried to broker a cash deal for access to her ex-husband. Princess Beatrice and Princess Eugenie‘s mother was caught on video accepting around $50,000 in cash by an undercover journalist who offered her money in exchange for access to the prince. She later issued a statement apologizing for her actions. But the following year when she was interviewed by Michael Usher for 60 Minutes in Australia, Sarah proved that she didn’t want to be questioned or pressed about the incident even though they agreed no topic was off-limits. 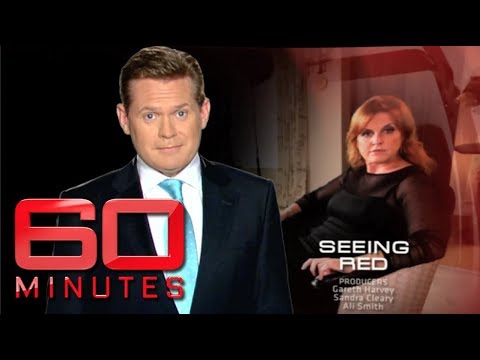 In 2019, following Prince Andrew’s infamous “car crash interview,” Usher reflected on his interview with Fergie and called it a complete “train wreck.”

“I’ve interviewed her, and it was the largest train wreck interview I’ve ever done,” Usher told Triple M Sydney’s Moonman in the Morning, before adding that the experience was “absolutely horrendous.”

The broadcaster then referenced the Duke of York’s answers and demeanor during his Newsnight interview as well and said: “They come into it so arrogantly, thinking ‘No, no, no, were above this and we’re above scrutiny.’”

Usher recalled with Fergie that “When you start drilling in and start asking really pointed questions … she walked [out] on me three or four times. It was absolutely horrendous.” The journalist continued: “They all walk in, [like] ‘I’m your best friend.’ Then they’re like, ‘Oh my gosh, what is this scrutiny thing? I’ve got to answer like real people?”‘

How Sarah has reinvented herself over the years

In moving past her personal scandals, Sarah has worked to reinvent her image and career over the years. She has authored a number of romance novels and children’s books. She also started a reading initiative during the coronavirus (COVID-19) pandemic.

The duchess has a YouTube series called Storytime with Fergie and Friends in which she enthusiastically reads books to kids. On occasion, a few surprise guests stop by to read a book as well. In her introduction video, Sarah stated that her sole reason for launching the initiative was to bring a little joy to children during the lockdowns. “It’s so exciting because I’m in my favorite place ever, ever, ever and that’s with children and thinking of children,” Fergie said. “And thinking about all of the children out there who just need a little bit of magic.”

In addition, the Duchess of York champions a number of charitable causes through Sarah’s Trust.