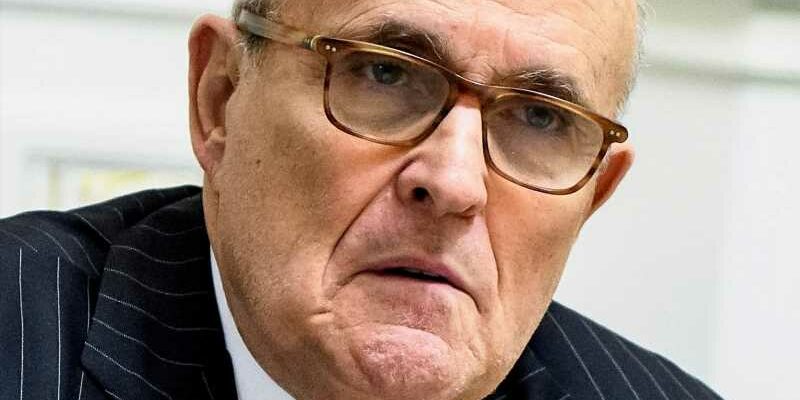 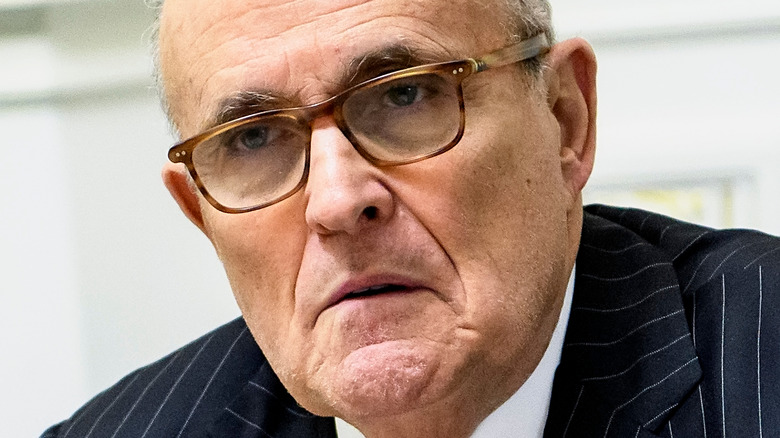 The 2020 United States presidential election will forever be remembered as a dichotomy. When the winner was finally called by networks four days after the final votes were cast, Americans took to the streets to celebrate and dance as Donald Trump had been defeated and former Vice President Joe Biden was declared the president-elect. It was also a time when Trump insisted he actually won the election, something he declared in the wee hours of the morning on November 4, reportedly at the urging of his lawyer, former New York Mayor Rudy Giuliani. According to Michael Wolff, author of the book “Landslide: The Final Days of the Trump Presidency,” Giuliani was so off-balance that night that White House aides were not sure what to do.

When Wolff appeared on MSNBC with Andrea Mitchell on July 16, 2021, he described the scene as it became apparent that no winner would be declared that night and that Trump might ultimately lose when the last votes were counted (via YouTube). Yet, Giuliani was advising Trump to go in front of the cameras and claim he won whether he did or not (something the former president is still doing as of this writing, six months after Joe Biden was inaugurated), but he was also reportedly quite drunk, and Trump’s aides felt he might break some extremely valuable items — the White House China.

Rudy Giuliani was reportedly drunk and out of control 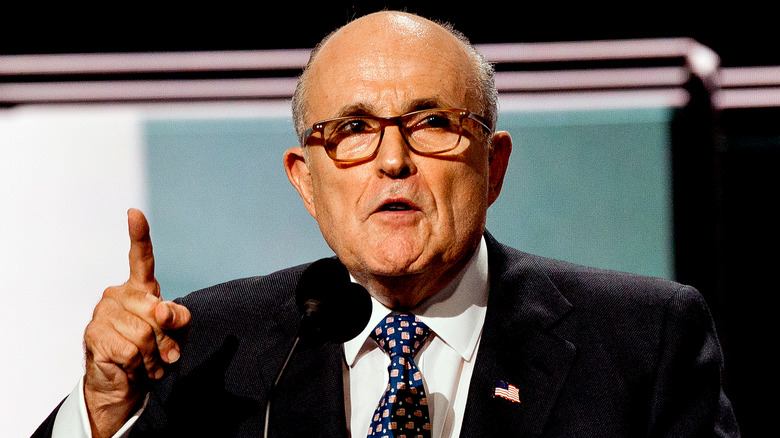 According to Michael Wolff, Trump aides were alarmed when they heard Rudy Giuliani on the phone with Donald Trump trying to tell him he won, or at least to get him to say he won, so they pulled him aside into the White House China Room, which is a museum-like setting that houses former president’s china sets on its shelves. By that point, Giuliani’s reported drunken state had him physically off-balance, and aides feared what might happen to the historic china.

“And at that moment, Rudy was incredibly drunk, weaving this way and that way,” Wolff told Andrea Mitchell. “And the china, those place settings from every president are very valuable, and Trump’s aides were obviously, or rightfully, concerned about what Giuliani was saying to the president about the election, and giving him this misinformation, but they were also concerned that he was going to break the china” (via YouTube).

In his book, Wolff points out that Giuliani was “always buzzzed” and “hopelessly in the mumble tank,” according to Insider. Since the election, the former mayor and U.S. attorney also had his law license suspended in both New York and Washington, D.C. due to misleading statements in court regarding the election, via CNBC.