While Brandi Glanville admitted to Us Weekly that she feels sympathy for Lisa Vanderpump amid the restaurateur’s drama with the season 9 cast of The Real Housewives of Beverly Hills, she also believes it’s time for her former costar to bow out.

“Personally, I would just because she’s so successful. She’s got Vanderpump Rules. She’s probably going to do another show with TomTom. Why not do a show where you are the boss, and you can cut things out that you don’t like?” Glanville, 46, told Us at WE tv’s Real Love: Relationship Reality TV’s Past, Present & Future event in Beverly Hills on Tuesday, December 11. “Rather than do a show where you’re not a producer, and you’re going to look bad. If I were her, because she is an executive producer on Vanderpump Rules, why not control it? Instead of having everyone say bad things about you. … I feel like it would be a smart move for her, but I don’t know that she’s going to do that.” 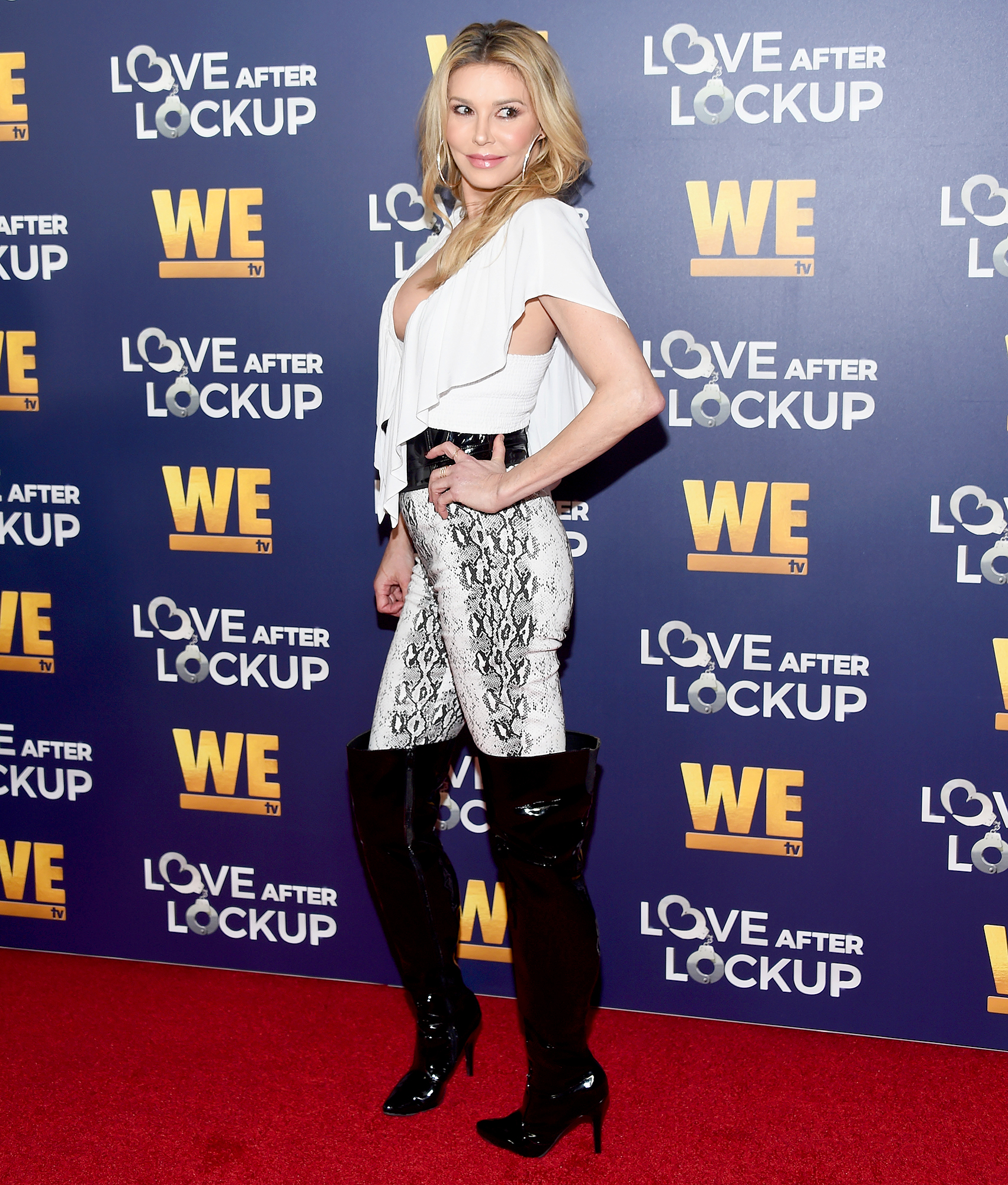 Us broke the news in October that Vanderpump, 58, was refusing to film with her costars, including Kyle Richards, Dorit Kemsley, Erika Jayne, Teddi Mellencamp and Lisa Rinna, after they allegedly caught her in a lie.

“I do think that Lisa’s a huge part of the show,” Glanville, who left the Bravo series on bad terms with Vanderpump in 2015, told Us on Thursday. “I think that these franchises are not going anywhere. They’re going to survive, they replace everyone every season. We all want to tune in, even if it’s just to say it’s horrible. We’re going to watch regardless.”

Glanville added that the drama between Vanderpump and the other women appears to be “very petty.”

“It’s a very petty situation. But, you know, it’s all against one, and I’ve been that one where no one would shoot with you, and that sucks,” she explained. “It’s, like, you show up and you have anxiety … you have to go because it’s your job, but you don’t want to be there where no one’s talking to you. That’s not comfortable to be in a room where you’re literally by yourself. So, you know, good luck to her.”

Fans may be surprised to learn that Glanville reached out to Vanderpump after the SUR owner’s brother died in May. “When her brother passed, I sent her a text. I’m pretty sure I’m blocked in her phone, let’s be clear,” the Drinking and Tweeting author said. “It’s been a while, but of course, no matter what, I’ll always have a little — they were my family, really, on that show. I had Sunday dinners with them. I will always have a little bit of love for them no matter what.”

As for her own return to RHOBH, Glanville admitted that the old episodes are “hard to watch,” but she is still open to the possibility.

“I’m not super proud of all of it. When I see it again, it’s, like, change the channel or come back when it’s over,” she told Us on Thursday. “I think I’m embarrassed because I have children, and there’s certain things that I did that I’m not proud of, but I wouldn’t take any of it back, don’t get me wrong. But do I want to watch being s—tfaced on TV like falling over, like taking a Xanax in Hawaii? No, not really. I know I did it. I’m okay with it all. But, you know.”

“I think I’m in a different place now. The problem for me as I’m thinking, when I was there originally, I was garbage and trash because I said f—k, and I said c—k, and I said all of these things. Now, what would I have to bring to the table?” Glanville continued. “Every single person on every single episode of every single franchise is throwing out these words. There’s wine thrown, F you, STFU, all of these things. For me, it was just me because they pissed me off. Now I feel like part of what they think they’re expected to do, and I don’t know what I would do. Maybe I would just tell them to stop acting and be a proper human being. Maybe I would be the complete opposite of before, I don’t know.”

Bravo has yet to announce a premiere date for RHOBH season 9.

With reporting by Taylor Ferber