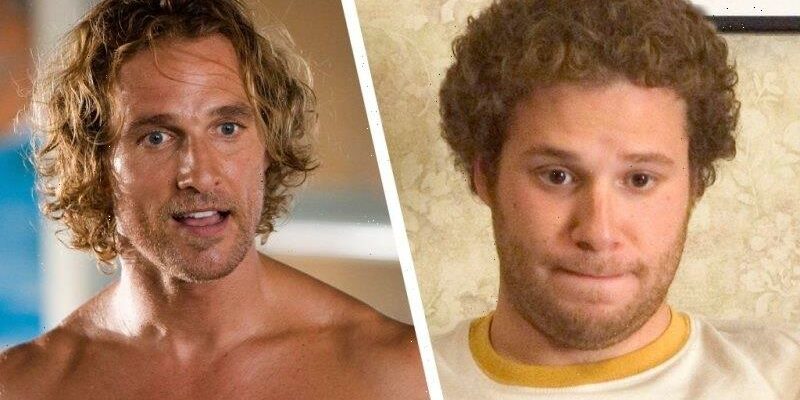 We are the media we consume. Gritty and complicated, or effervescent and silly. Challenging and serious, or fun and nerdy. I’d like to think that if I suffer through enough episodes of Emily in Paris, a hot French chef will move into the flat next door and replace the geriatric Yorkie who barks at its own farts.

Tinder turned 10 this year, and it’s given us a moment to reflect on what one little app has done to our social lives. It’s hard to remember what life looked like before your next great love — or shame — could be found in your back pocket. Ask anyone under 35: the apps are a cesspool of disappointment and so-terrible-it’s-hilarious bad date anecdotes. When else in history would someone share a photo of themselves with a bio that reads “Amateur gynaecologist”? 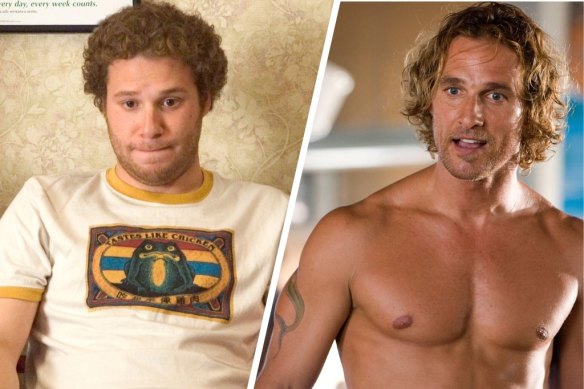 How did Seth Rogen and his schlubby housemates replace the bare-chested likes of Matthew McConaughey?Credit:

If it’s true that we seek out the content we enjoy, and in turn it informs our lives and choices, then I finally have someone to blame for my single status. It isn’t the software developers behind Tinder and every other dating app I — miserably, unwillingly — still have on my phone. It isn’t even my parents or my villainous exes. It isn’t my boss and my punishing three-and-a-half-job work schedule. It certainly isn’t myself (self-awareness, can you imagine?).

No, I blame film writer and producer Judd Apatow, the man who took the tired tropes of the early-aughts romantic comedies and developed crass “raunch-com” classics like The 40-Year Old Virgin, Knocked Up and Forgetting Sarah Marshall. In doing so, he rewrote the trajectory and the collective millennial experience with — and expectation of — romance.

Other generations were fed love stories through the eternal genius of Nora Ephron, who wrote for the female gaze in a way that combined relatable cynicism with just enough hope to convince you to believe in a happy ending. They swooned over romantic leads who ran independent bookshops and sang in wedding bands. They lusted after Richard Gere and Hugh Grant.

What did we get? Seth Rogen and his army of schlubby housemates, who may have been loveable, but who also reeked of weed and arrested development. 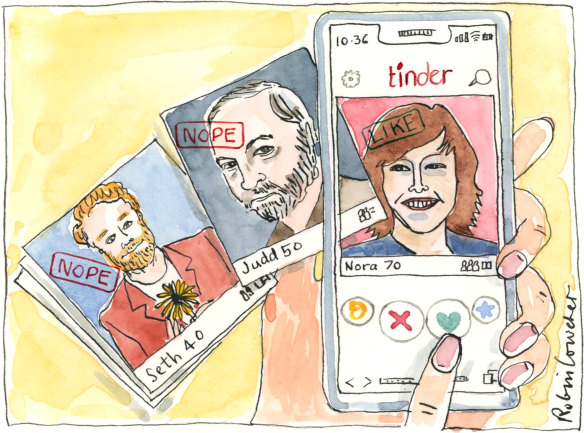 These films — characterised by the skewed imbalance of a fun-loving man in a permanent adolescence versus the uptight woman who just wants him to grow up — informed a new age of relationship dynamics and advice as to where to set our expectations. The characters invariably compromise in the third act: he moves an inch by getting a job and a haircut. She moves a mile by becoming a girlfriend-mother hybrid who is, apparently, turned on by the 30 hours a week he spends gaming.

When leading men are showing up to first dates at chic bars in cargo shorts, what hope is there for the woman who spent 40 minutes wrestling herself into three layers of shapewear and contouring her collarbones? Move over, shirtless Matthew McConaughey: there’s a new kind of man in town.

This coincides beautifully, maddeningly well with the disposable culture we’ve fostered on dating apps. These new men are permanent works-in-progress, ever-consumed with late-onset self-development without space to suffer the side-eye of a woman who has explained the concept of fabric softener one time too many. If she doesn’t like it, no worries: there will always be another, cooler, less rigid option just a swipe away. The eternal hope of improvement also teaches women to hold out for the heart of gold hiding within that dad bod.

When I’m procrastinating a deadline, dissociating in a boring meeting, or just hungry for attention, I sit back and open up Tinder, Bumble or Hinge: whichever has the best vibe and the least irritating interface. I swipe and swipe and swipe, left and right, left, left, left. The app’s logo pulses as it searches for people to match me with, and I wonder if I’m being too picky.

As the years pass, as we all get further set in our ways, as injectables become more requirement than option, as people pair off and the old adage that “all the good ones are taken” becomes increasingly true and my prospects begin to resemble the supermarket shelves in those early days of the pandemic, I’m at a crossroads: Judd or Nora?

Is it time to relax into the chill, nice guy punching above his weight, or is now the time to grit my teeth and hold fast until a sweater-wearing dreamboat in glasses shows up in my quirky cupcake shop?

I swipe and swipe, and one of my matches asks, “Are you submissive?” by way of greeting, and suddenly Seth Rogen seems delightful, and I’d swipe right on him in a heartbeat.