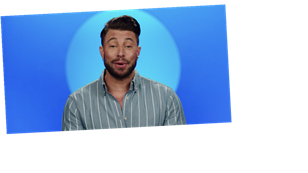 Duncan James rose to fame in the boyband Blue with hits such as All Rise and Bubblin’.

And the singer was also the first star to be “blocked” from The Celebrity Circle after starring in the Channel 4 show alongside Loose Women panellists Kaye Adams and Nadia Sawalha.

But who is the TV star away from the spotlight? Let’s take a look…

Who is Duncan James?

Blue had three number one hits including Too Close, If You Come Back and Sorry Seems To Be The Hardest Word which featured Elton John.

The band announced a hiatus in late 2004 before releasing a compilation album, Best of Blue.

Blue reunited in 2011 and represented the UK in the Eurovision Song Contest in Dusseldorf with their song I Can and came in 11th place.

In 2013 the bandmates reformed for The Big Reunion, which aired on ITV2, alongside Atomic Kitten, Liberty X and 5ive for the show and subsequent tour.

When did Duncan join Hollyoaks?

The star joined the cast of Channel 4 soap Hollyoaks in 2016 as policeman Ryan Knight.

He was the husband of Amy Barnes and nephew of police officer Geoff Thorpe – both were murdered by Ryan.

However the star made his last appearance on the soap in May 2018 when Ryan fell into a river following a fight with Harry Thompson.

What else has Duncan James starred in?

Duncan presented Scream If You Know The Answer! in 2010 before joining the choir judging panel of Don’t Stop Believing.

He has also appeared on stage including the role of Tick in Priscilla, Queen of the Desert, and as Warner Huntington III in Legally Blonde: The Musical.

Who is Duncan James dating?

Duncan has been in a relationship with Rodrigo Reis since 2019. The pair met shortly after the singer appeared on Channel 4’s First Dates Hotel.

Confirming their romance on Instagram, Duncan wrote: “Huge thanks to First Dates for such a wonderful experience and fun time in Italy all in aid for the amazing su2c charity.

“I didn’t find love on the show as you saw, but I did find someone special after who continues to make me a very happy man …Thank you amor for being you and making me smile.”

Who is his daughter?

Captioning a picture with his daughter to Instagram, he wrote: “Can’t believe my little girl is official 16 today!!!!

"The time has gone so quick. So, so proud of you for all you have accomplished with your ballet…. and wish I could see you for your birthday today but we will all celebrate as soon as this lockdown ends. HAPPY BIRTHDAY TIANIE.”