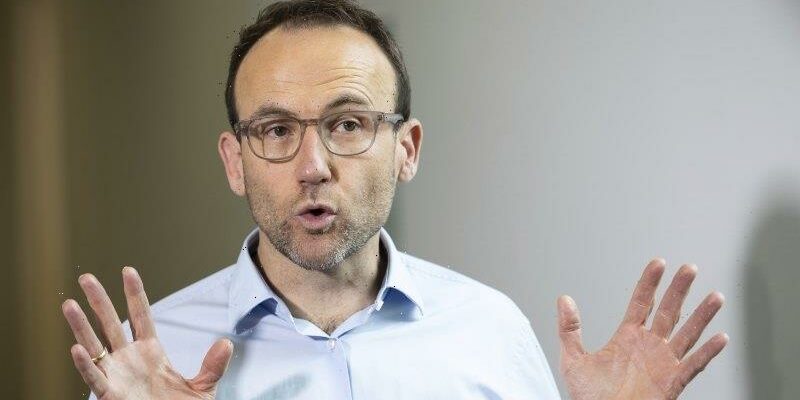 Barely two months after the Greens’ best-ever federal election result, the party’s moment of truth has arrived. The choices its MPs, and especially its leader Adam Bandt, make on the Albanese government’s climate change legislation will have ramifications that go far beyond this electoral term.

How this plays out will affect relations between the ALP and the Greens for years to come. It will have a profound influence on whether the parties on the political left can work together. What we don’t know yet is whether they want to. Or, if they want to, whether they would have the capacity or permission from their supporters to pull it off. 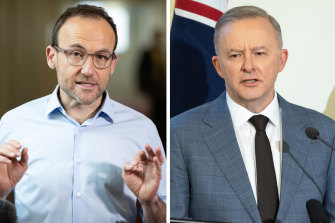 Climate negotiations will have a profound impact on whether the Greens and Labor can work together.Credit:Alex Ellinghausen

This is a pivotal time in our politics, at least on the left or “progressive” side. Clearly, the Labor primary vote is in decline. In 2007, it came to office with 43.4 per cent of the vote. In May, it secured just 32.5 per cent of primary votes but still won a two-seat majority in the lower house. The Greens’ vote has been on an upward trend for the past four elections. This year they took 12.2 per cent of the primary vote.

The key question facing Bandt is how much it’s in his party’s interests for a Labor government to succeed – especially if that success includes scoring a win on the totemic and central issue of tackling climate change. Might it not better suit what you might call its business model for Labor to fail in office so that it can pick up more disaffected former Labor voters and dissuade an even greater number of younger voters from ever voting Labor? Yes, this sounds cynical. Obviously, Bandt and his party do care about climate change action.

But consider some recent history. In June last year, he invited the ALP to enter a power-sharing arrangement with the Greens and independents. Under the proposal, which he said was necessary because Labor had no chance of winning office in its own right, this grouping would have gone to the 2022 election on a raft of Greens policies. These included net-zero emissions by 2035, taxes on corporations and the wealthy, and a ban on coal from 2030.

Unsurprisingly, Anthony Albanese saw this as electoral poison and rejected it. That got up the nose of the most important and influential individual in the Greens’ history, former leader Bob Brown, who said Labor needed to “get over this idea that it is going to have solid majority power in the future. It is going to need to share it with the Greens.” He reaffirmed his long-term goal for the Greens to replace the Labor Party as the main party of the left. However, while Labor waited to be overwhelmed by the Greens, it was obligated to work with them, he said. 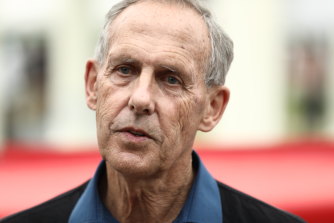 Former Greens leader Bob Brown wants the Greens to ultimately replace Labor as the party of the left.Credit:Dominic Lorrimer.

If you put yourself in Albanese’s shoes, it’s hard to see that as much of a bargain. Albanese might have once characterised himself as a man devoted to fighting Tories, but in his inner-city seat of Grayndler, his chief opponent at every election is not a Liberal but the Green candidate.

When you consider this background, it’s difficult to resist asking how much of what Bandt and Brown have proposed is the usual stock-in-trade of minor parties who spend most of their time issuing policy wish lists and playing to their base. When you’re in that situation, you can forever criticise one or both of the major parties as inadequate or worse. You can slag them off ad infinitum.

However, the Greens could well be on a trajectory where they’ll have to work out how to move from the outside to the mainstream federally. That will inevitably mean different rhetoric and some policy compromises. They will say they’ve already done that in the ACT, where Labor governs in a coalition with the Greens. But the ACT is not like the rest of Australia. It has no industrial base to speak of and is so overwhelmingly left in its politics that at the election it dispensed with the need to have any federal Liberal representatives. In Tasmania, with a large proportion of blue-collar workers, Labor tried a governing partnership with the Greens and the result has been years of unbroken Liberal rule.

The government has organised an escape route with its climate change bill negotiations. Bandt is signalling that his party could accede to the legislation but if talks on the details drag on for too long, the government will walk and implement its policy via regulation. Bad blood will ensue should that happen.

All political parties tell themselves stories and the Greens’ story, believed passionately by its supporters, is that on climate change it is more committed and virtuous than everyone else. Compromise could be hard to sell. It’s in Bandt’s gift to really mess with the government’s agenda in the Senate if he wants. Perhaps that would sharpen the differences and hasten the attainment of Brown’s goal of supplanting the ALP. Or it could leave the Greens and Labor as mid-size parties that hate each other and can’t work together, opening the way for a new era of Liberal-National governments.

Large sections of the Greens and Labor supporter bases blame each other for past misdeeds on climate change. Given what seems to lie ahead, transitioning to a place where the enmities have subsided is one massive challenge for leaders of both parties.