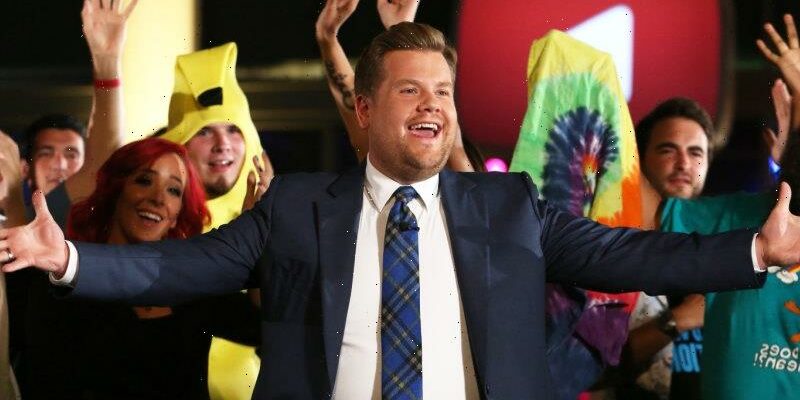 In an Instagram post McNally claimed that Corden was the “most abusive customer” to dine there in its 25-year history, he also temporarily banned him from the establishment. After initially apologising, then days later reneging on his apology, Corden has now, perhaps with his reputation on the line, re-apologised via his opening monologue on The Late Late Show. 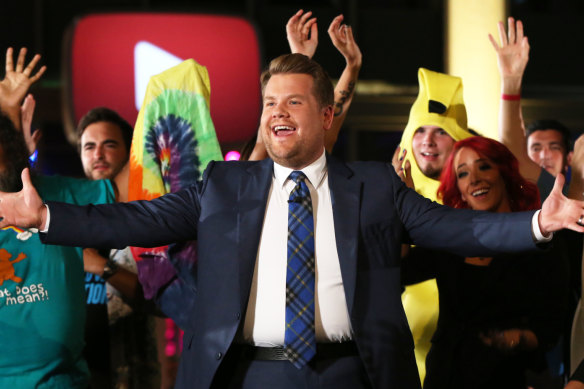 James Corden has apologised after he was rude to restaurant staff.

“I didn’t shout or scream. I didn’t get up out of my seat. I didn’t call anyone names or use derogatory language. I have been walking around thinking that I hadn’t done anything wrong, right? But the truth is I have. I made a rude comment and it was wrong,” Corden monologued on his show.

Corden’s justification was familiar to the Australian service staff who say it’s not just a common occurrence, but one that can have a lasting and significant impact on those who experience it.

Carlee Schultz, a Queensland customer service employee, says only a couple of weeks ago she faced her most confronting experience of customer aggression.

“After telling a customer he couldn’t enter a restricted zone, he lost his temper and it resulted in me being pushed into a fire extinguisher, a bruise that lasted two weeks and an emotional scar. It made me feel upset that a man much bigger than me used his strength and weight against me, it made me feel humiliated in front of my colleagues and other customers,” she says.

Dr Nathalie Collins, a senior lecturer at Edith Cowan University, says customer aggression can include the types of behaviour Schultz experienced as well as rudeness and general incivility, harassment (including sexual harassment) and violating workers’ privacy, such as filming them while they work on a phone.

While there is no up-to-date data available on types of customer aggression during the period since lockdowns and restrictions eased, throughout the pandemic verbal abuse from customers was the most commonly reported, according to the CEO of the Australian Retailers Association, Paul Zahra.

“Our members in Victoria reported thousands of incidents of customer aggression,” during this time he says.

But these incidents continue.

“Customer aggression over the past three months [has been happening] pretty much every shift,” says Schultz.

“I was called a bitch for keeping a fire exit clear of prams. I have had a man threaten to put a shoe to my head,” she explains.

For one retail worker in Melbourne, who asked not to be named because she worried about backlash, her experience working in customer service over the past few months has been met with weekly aggression.

“There is definitely a lot of verbal abuse. I’ve had multiple customers start swearing, calling me names and yelling at me simply because we were either busy or we were out of stock of something,” she says.

She believes a lot of this behaviour relates to the pandemic.

“Some people seem more impatient, rude and very expectant… almost as if the isolation has made them forget how to speak to one another and interact with people,” the woman says.

While the motivation behind an individual customer’s aggression can vary substantially – from service errors through to drug and alcohol abuse – principal consultant and registered psychologist, Katie Heine from Communicorp also believes the effects of the pandemic are a factor.

“Many of us have been operating under a considerable amount of stress for an extended period of time… we’re more likely to be closer to our tipping point for distress than we otherwise normally would be,” she says.

But acting out toward customer service employees can have serious ramifications for them.

“A single violent or traumatic incident of customer aggression has the potential to result in a mental injury such as acute stress disorder or post-traumatic stress disorder. Less severe incidents of customer aggression may still cause, upset, stress or fear. Over time, the stress of such interactions can accumulate and lead to injury,” says Victoria Trades Hall Council, OHS lead organiser Dominic Melling.

For Schultz, she has found the regular experiences hurtful and at times has been concerned for her safety.

“Verbal abuse is hard enough, but physical threats take it to a whole new level. You feel worried for the remainder of your day.”

Solving this issue though is easier said than done, with Dr Collins believing that many managers are ill-equipped to deal with the issue or are not supported by leadership to do so which can make the issue worse.

“Workers can feel more let down and traumatised by the lack of a reaction in their supervisor when they were being abused, belittled or harassed by a customer than by the interaction itself,” says Heine.

While Schultz has felt supported by management after the fact, she doesn’t believe employees within her workplace are empowered to deal with customer incivility at the time.

“There are no real guidelines on how to deal with it,” she says.

But Melling says clear guidelines are key to protecting workers.

“Every worker has the right to a safe working environment that is free from risks to health and employers have a duty to provide this so far as is reasonably practicable.”

Ultimately though, Dr Collins says that the onus should be on those behaving aggressively – the customers themselves.

“On an individual level, we are all responsible for our behaviour…The best thing we can do is be civil – and if we catch ourselves not being civil, we can apologise.”

“What we need to remember is we were all in the same boat…I am a mother doing my job to support my family.”