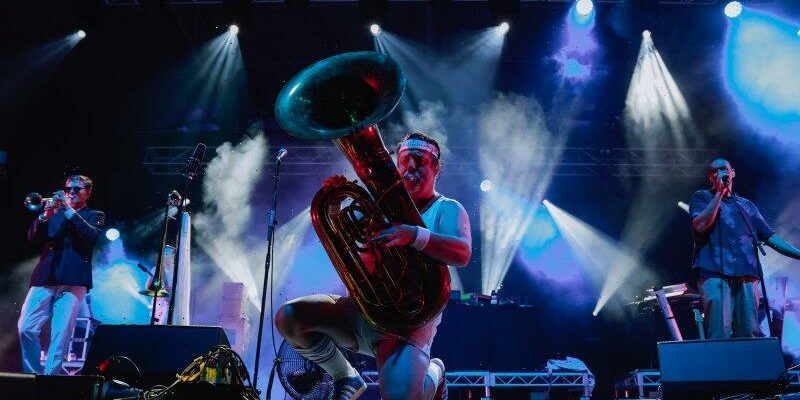 After two years of cancelled or severely curtailed programs, the Melbourne International Jazz Festival burst into life over the weekend with an impressively diverse array of events in sold-out venues. 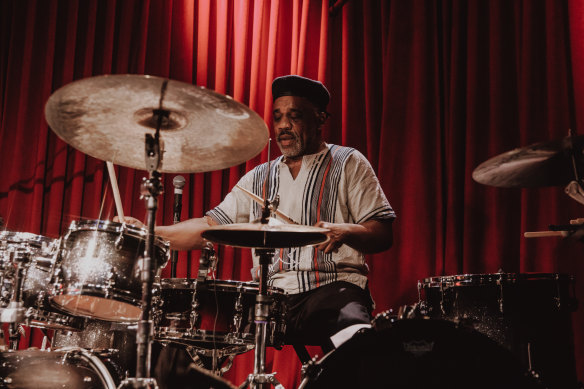 On Friday night, The Jazzlab hosted two strikingly different acts: saxophonist Flora Carbo’s Ecosystem followed by B + K (Brett Williams and Kate Kelsey-Sugg). Carbo is the festival’s Take Note leader for 2022, and presented a specially commissioned work – When Everything is Moving – featuring three alto saxophones and three voices that intertwined in subtle ways, creating a constantly shifting kaleidoscope of textures.

Saturday’s main event – a day-long festival-within-a-festival – was the largest and most ambitious show ever presented by MIJF. Aptly named Big Saturday, the event took over the Myer Music Bowl and presented a canny selection of acts designed to expand the reach of the festival. Judging by the roars of approval from the capacity crowd, it was a gamble that paid off. Even the weather gods played their part, refusing to allow rain to fall on the festival’s parade. 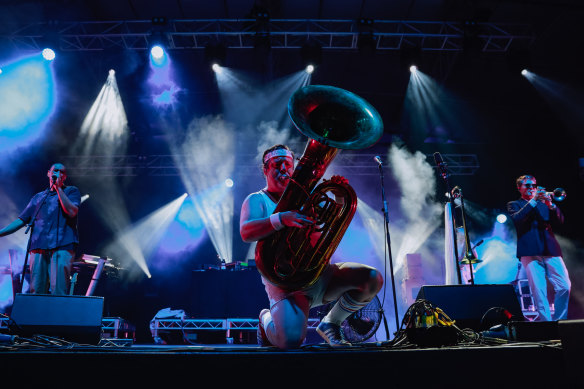 Jazz took a willing backseat to soul, funk and R&B, as momentum and energy built gradually through afternoon sets by Harry James Angus, Emma Donovan and The Putbacks and The Bamboos.

As night fell, headline act Fat Freddy’s Drop embraced the soul-funk vibe and added liberal doses of dub, reggae, techno and disco, producing a two-hour extravaganza that saw the 9000-strong crowd morph into a sea of pulsating bodies. While jazz may not be Fat Freddy’s raison d’etre, improvisation is at the core of the Wellington band’s live shows, and most of their songs became extended workouts peppered with hyperactive horns, throbbing beats and psychedelic synths.

The epic finale was an immersive trip through Shiverman, punctuated by Dallas Tamaira’s hypnotic vocal riffs and starring the irrepressible Joe “Hopepa” Lindsay (dressed – or undressed – in sparkly singlet and shorts) who switched from harmonica to trombone to tuba, and interspersed his solos with a manic sprint through the adoring crowd.

Sunday night saw another compelling double-header at The Jazzlab, opening with young Sydney guitarist Hilary Geddes and her gifted quartet. Geddes shone as both player and composer, guiding the band from ebullient odd-metered themes to more exploratory exchanges where the band members engaged in freewheeling musical conversations. 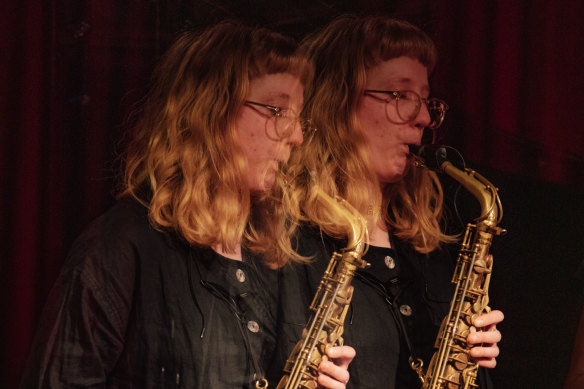