In 1994, the world was blessed with The Santa Clause. We might not have known it then, but this movie would turn out to be one of the greatest holiday movies ever. OK, we totally knew it then and we continue to know and love it now.

After 20 plus years, fans still tune in to watch The Santa Clause during the Christmas season and we are right there with you. We are massive fans of this holiday flick and we will always watch it during December…like, always.

If we’re being honest we would never miss watching this Tim Allen led Christmas movie during the holiday season. Seriously, you don’t miss watching The Santa Clause no matter how old you get…you just don’t!

When we say we are fans of this comedy and family film we mean we are mega fans. We love that Allen plays Scott Calvin whose initials are “SC” which are indicative of the fact that he will one day be Santa Claus.

We love that there have been two more follow-up films to this glorious movie and each one focused on another clause that then caused Scott some serious trouble. Remember the Mrs. Clause where he had to find a Mrs. Claus? It is so good.

The original movie however is far superior to its sequels and we stand firmly in that belief. This might be why we cannot, nor will we, miss a chance to watch this fantastic Christmas movie full of holiday cheer, terrible sweaters and Santa, Santa, Santa!

Over the years we’ve started to investigate why people who were born in the ’90s or later, or were a ’80s kid, or are currently a parent, or are human in any way, can’t shake The Santa Clause.

Scott’s, or should we say Santa’s, rosy cheeks, cookies and milk eating during a business meeting and inability to keep his beard from growing too fast is definitely part of why we love it so.

Perhaps you love the happy feelings you get while watching Charlie (Eric Lloyd) talk about Christmas and the magic that’s associated with. Maybe you enjoy the rest of the epic cast that rounds out this timeless tale as well.

No matter why you like it, you like it, and therefore we are fans of you. Clearly we can all agree that we will never stop watching this movie around the holidays because it’s sheer genius and we can prove it.

We’ve narrowed it down to the top 10 reasons why The Santa Clause will remain on our Christmas movies to watch list forever below. We have a feeling you’ll be able to relate to just about all of them.

So, without further ado, this is why we will never pass on a viewing of The Santa Clause: 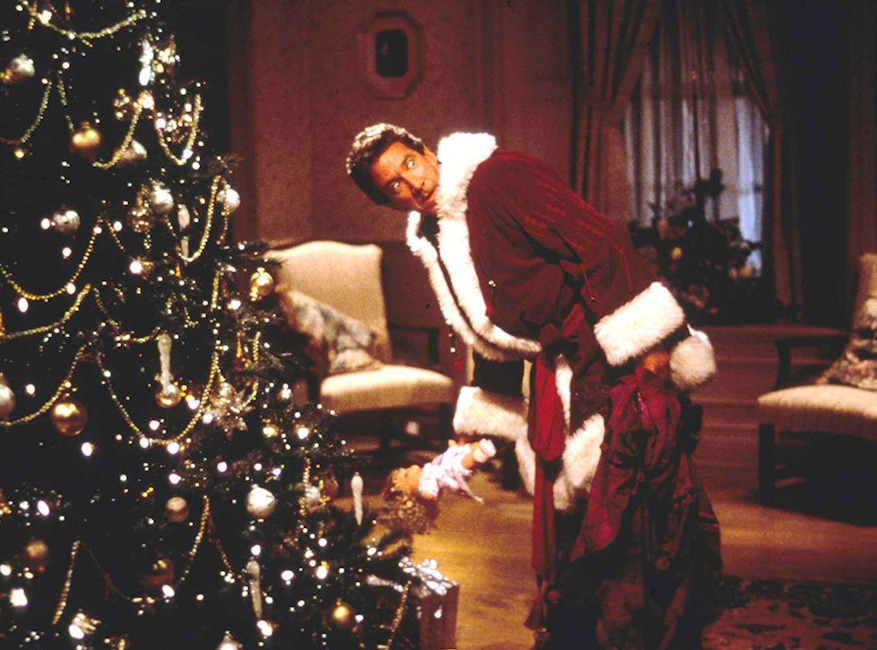 Tim Allen as Scott Calvin AKA the new Santa Claus is just brilliant. How can you not love the actor as Father Christmas? He’s too funny in this role and it somehow never gets old watching him as the holiday figure. 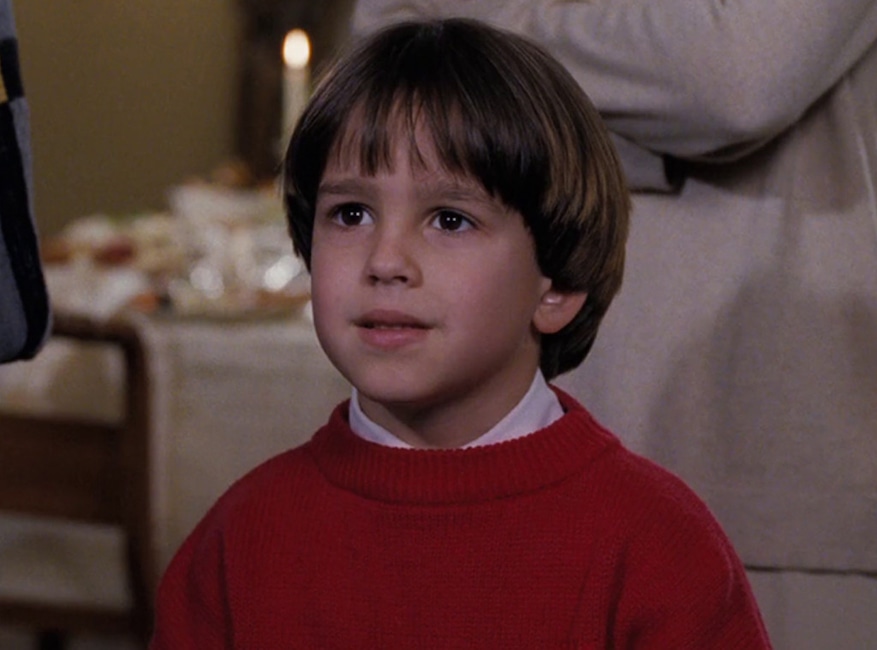 OMG, come on, Charlie is the star of this movie. Eric Lloyd played Charlie in all three The Santa Clause films, but the original is the one where his cuteness took center stage. Look at his adorable face, he’s so stinking cute. 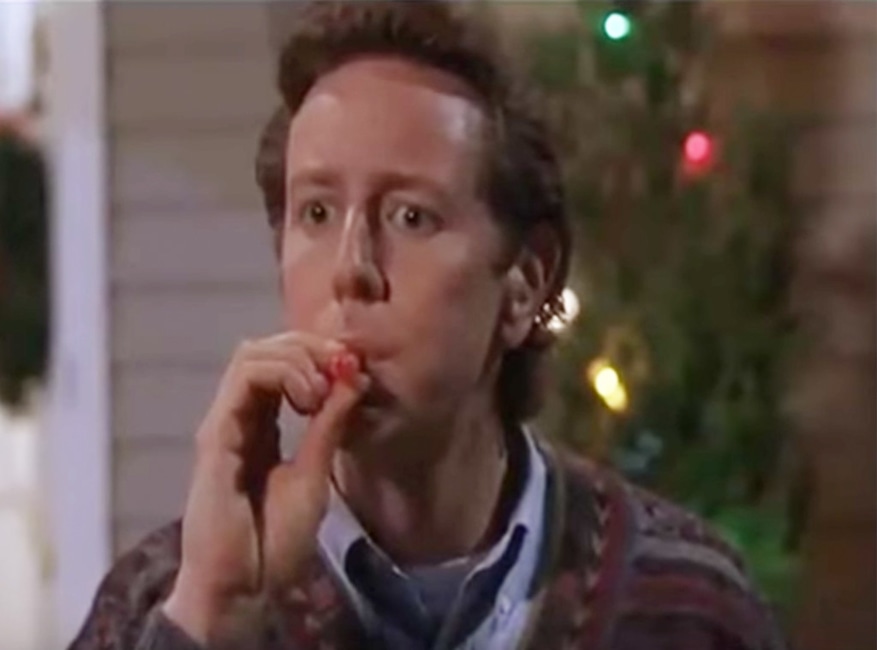 Did you think we’d forget about Neal (Judge Reinhold)? He might be a total downer in this movie, trying to kill Charlie’s love of Santa and his belief that his dad is the big guy, but he is also one of the best characters in the movie. His role is hilarious, he wears a lot of horrible sweaters and the reason he stopped believing in Santa? He didn’t get a weenie whistle! Could that be any more of a Neal answer? We don’t think so! 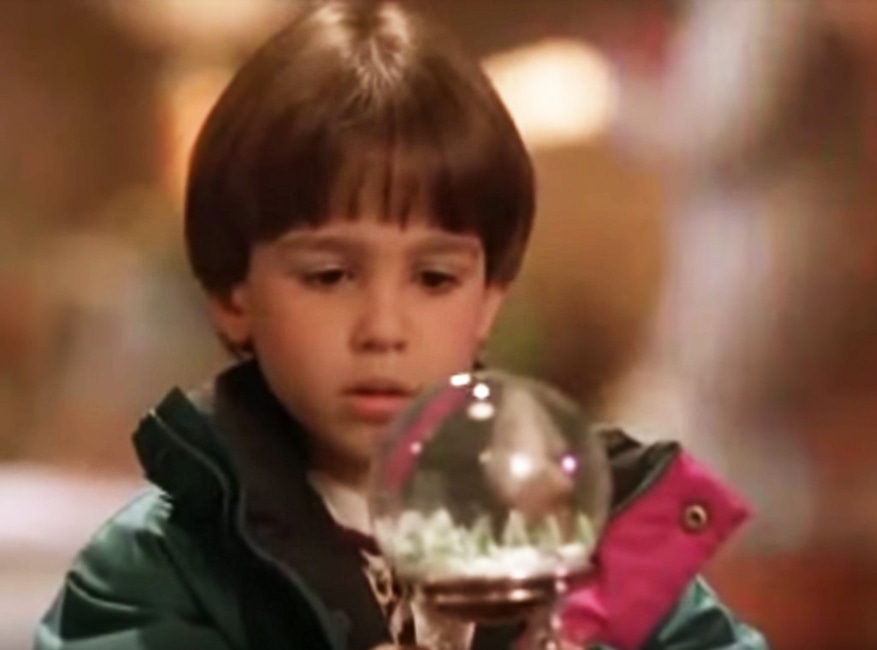 You’re lying if you didn’t wish you had a magical snow globe as a kid…or even as an adult. The idea of Charlie being able to summon his dad by shaking the snow globe that he was gifted early on in the movie is part of the brilliance of this film. It is magical elements like this one that keep us coming back year after year to watch in wonder at all the Christmas magic the creators bring to life. 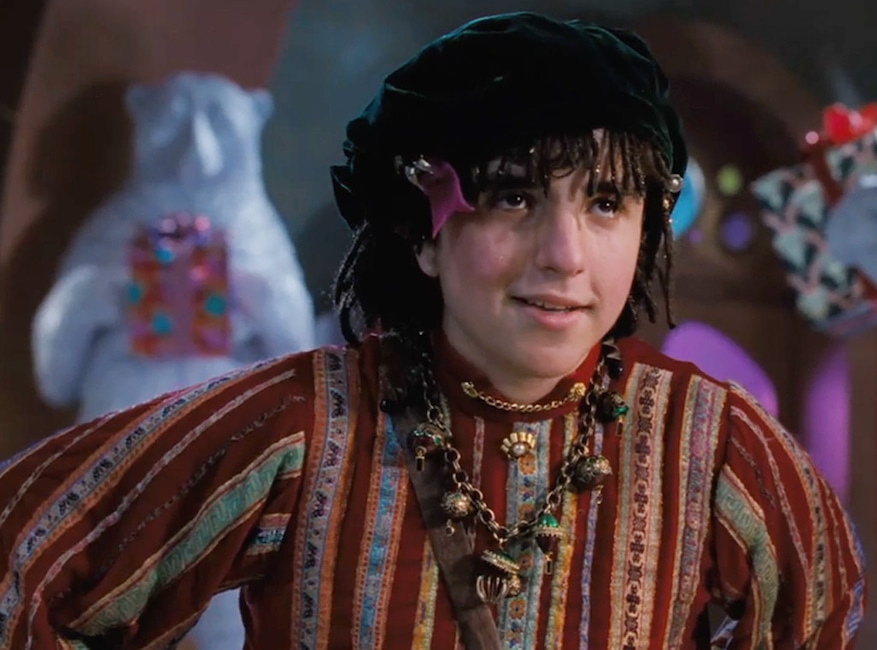 Um, hello, our BFF Bernard (David Krumholtz) is reason enough to watch this holiday classic every December. He’s witty, smart, has great hair and is Santa’s right hand elf, which is pretty badass. 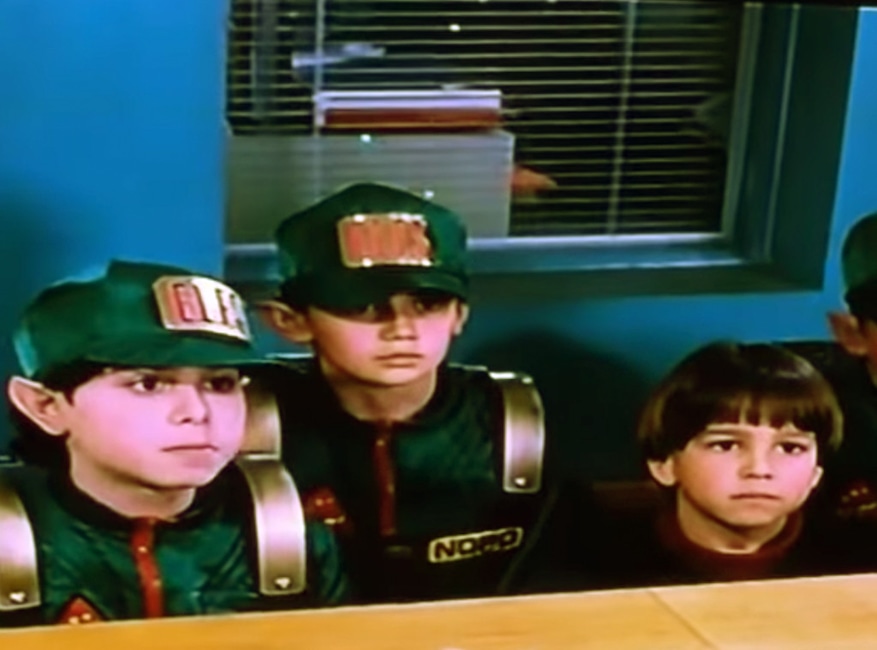 There is a freaking secret elf squad, or rather, the E.L.F.S. AKA Effective Liberating Flight Squad as they call themselves, which is super cool. Whether you watch this movie as a kid or as an adult you have to admit that Santa having a covert crew of elves to get him out of trouble is a really great idea. 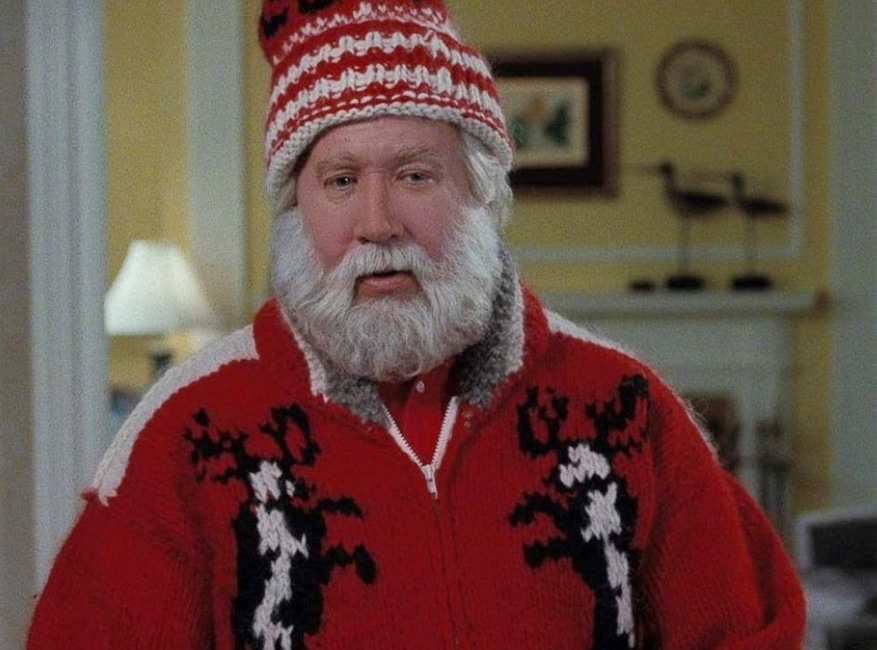 Once Scott leans into the whole being Kris Kringle thing he also embraces the ugly sweater trend and we are forever grateful that he does. As the films continue his sweater collection grows and wow, there are some outrageous sweaters that he ends up owning, which we can’t help but love. 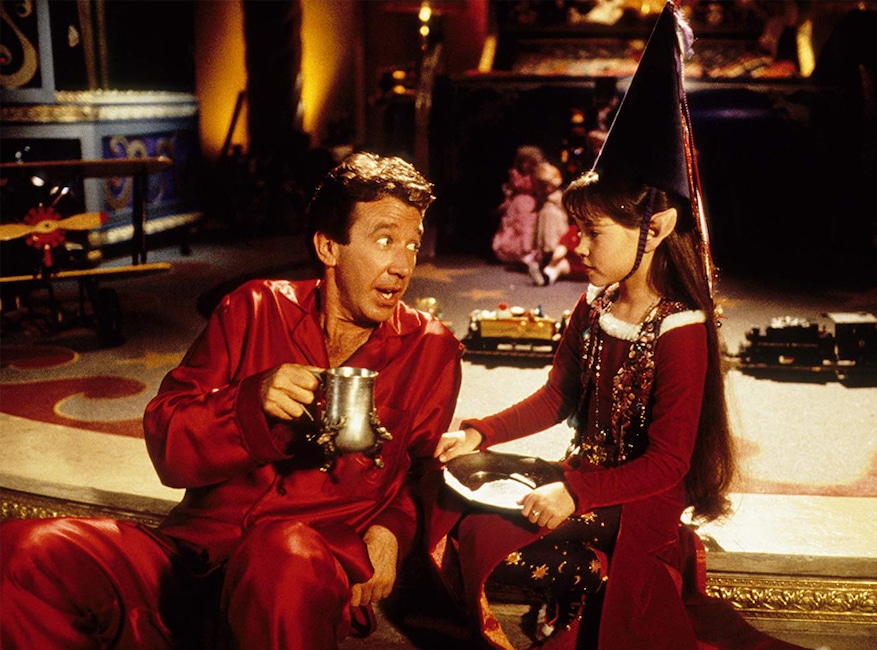 We may or may not dream about this hot cocoa—that elf Judy (Paige Tamada) brings Santa—on a regular basis. Why is it so dreamy? Because it’s not too hot, has extra chocolate and is “shaken, not stirred.” Top it off with marshmallows, a candy cane and then dip a cookie in it and you have our childhood in a cup. 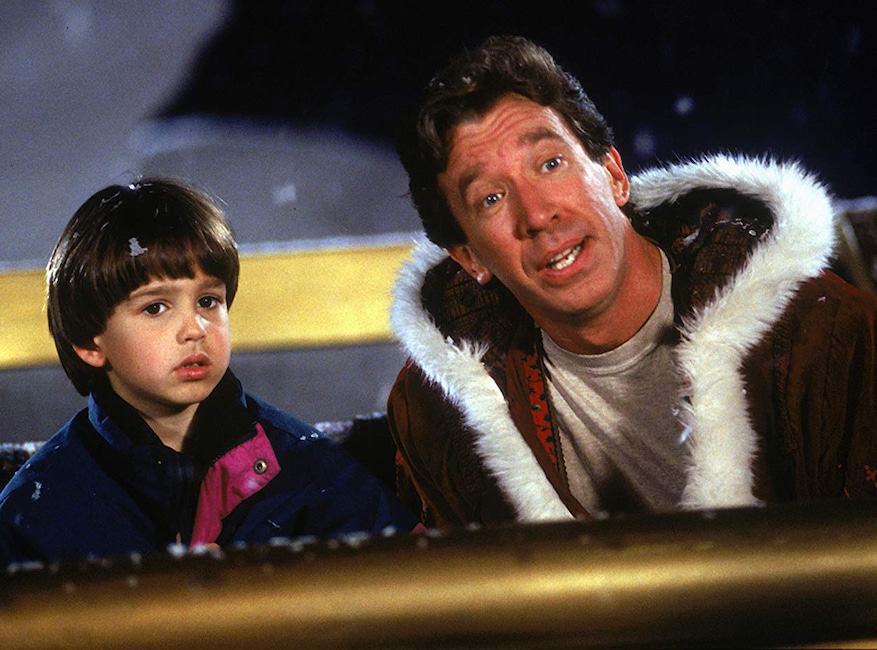 If we’re being real here we still don’t know how Scott was able to get down the chimneys throughout this movie. The fact that his present bag, suit and magic (duh) allow him to enter houses that don’t even have fire places continues to baffle us. 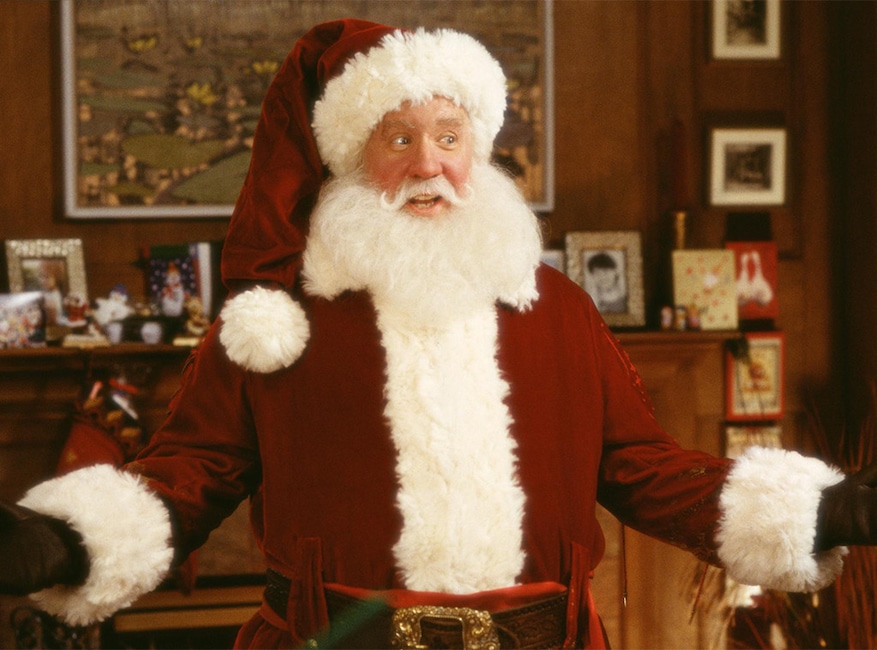 Hello, this is the real reason we will always watch The Santa Clause…it’s about Santa, duh!

Bonus: We will forever quote the jail scene where Scott is asked his name but won’t say that he is Scott Calvin, instead he says a long list of names that are synonymous for Santa Claus.

Merry Christmas everyone, now go watch The Santa Clause and drink some hot cocoa…shaken, not stirred.