This Saturday marks 20 years since the shooting at Columbine High School shooting in Colorado. Two teenagers murdered 12 schoolmates and wounded 20 others. CBS News brought together five survivors, each with their own story. Each has their own powerful lesson they are passing on, two decades years later.

On that day in 1999, Craig Scott’s sister Rachel was the first person killed. When he met with CBS, he also saw Amanda Stair for the first time since evacuating the high school.

Heather Martin formed The Rebels Project, a group that goes to the scene of mass shootings to assist. Michelle Wheeler now teaches middle school English in the district and has never spoken publicly about that day.

Frank DeAngelis was the principal. He continued to serve in the job for another 15 years, a promise to see every student who was in the system at the time of the shooting through graduation.

Below is a portion of their conversation with “CBS Evening News” anchor Jeff Glor: 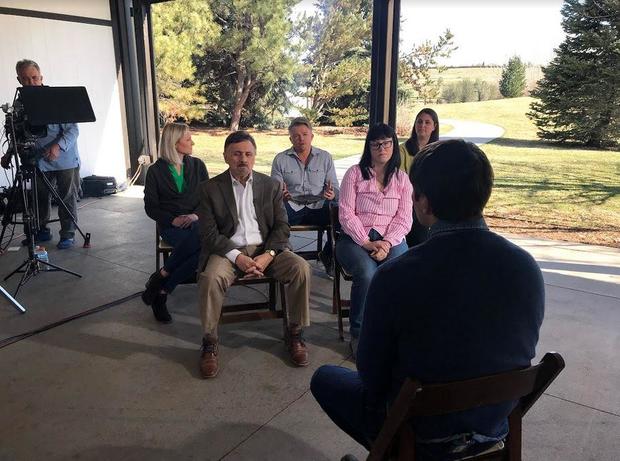 Jeff Glor: Show of hands how many of you think about it every day? All of you.

Frank DeAngelis: Every morning when I wake up, as soon as I get outta bed, I recite the names of my beloved 13. And I’ve done it since the shootings happened. They’re not with us physically, but spiritually they’re with me every day.

Glor: How many of you, show of hands, still ask why? None of you. Why is that?

Michelle Wheeler: I also think it’s a question that can never be answered. We don’t know why they did what they did.

Glor: So you stopped at trying to wonder?

Wheeler: Well, I mean, I’ve forgiven them. I think that they lost their lives way before the 20th. I think they were very broken souls. There’s nothing I would get out of knowing why.

Glor: Michelle, you haven’t spoken about this publicly–

Glor: How does it impact the way you raise her? 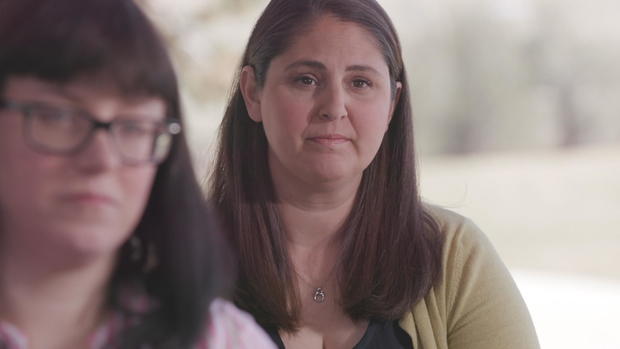 Wheeler: I started telling her about the shooting when she was 5 and going into kindergarten. And I started very developmentally appropriate, just saying, ‘Mommy’s sad that her friends are in heaven.’ And then as she got older, I started to tell her a little bit more. The hardest day of my life was sending her to kindergarten. I ended up in Mr. Frank DeAngelis’ office in tears. I had no idea what I was doing, why I was letting her go and every day still is a struggle.

Glor: You think about where she can get out places? Exits?

Wheeler: We’ll be in the doctor’s office, or King Supers or somewhere. And I’ll say, ‘Show me five places where you’ll hide.’ Because it could happen anywhere, and I want her to be prepared. And I think it makes me feel prepared.

While Wheeler raises her daughter and teaches in the district, Heather Martin frequently travels outside it.

Heather Martin: The Rebels Project, we really focus in long term. Because, you know, after an event, all the help in the world is focused on that one area. And everybody is there to help, and everybody wants to help. And it’s really after the cameras go away that people start to feel that isolation, and start to feel that loneliness. So our outreach doesn’t start until sometimes months after the event.

Glor: Do you still feel the isolation in all of this?

Martin: I don’t feel the isolation anymore. I know I’m not alone.

Frank DeAngelis: I remember when I had to return to Columbine. And I had to return to the building before the students and staff. And I was in there. And all I kept thinking about on that day is what I experienced. A gunman coming towards me. Me going to some girls who were in trouble. And my counselor said, ‘If every time I’m in that building, all I envision were kids lying in a pool of blood, or running through the building, or shots being fired,’ he said, ‘You’re never going to be able to remain as principal.’

Glor: But you did stay as principal because you changed the way you thought about this.

Craig Scott formed a group called Value Up, which teaches kids about respect. He’s had kids acknowledge terrible thoughts and one even hand him a “hit list.” 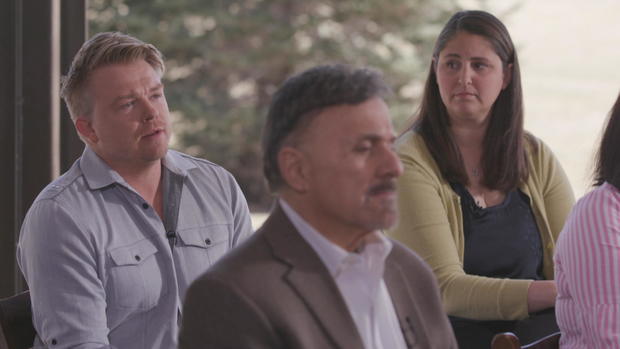 Scott: Yeah. Over the years, my family and I, we’ve seen over a dozen documented school shootings prevented from sharing, really, the story of my sister.

Glor: What are you trying to tell kids these days?

Scott: I meet so many kids who don’t feel they’re valuable. When I learned about the shooters at Columbine, I saw in their journals a real self hatred. That they didn’t value themselves. And if you were to ask me the biggest reason that Columbine happened, it wasn’t bullying at our school. It wasn’t the medication they were on. It wasn’t the lack of gun control, it wasn’t that our school was a bad place, or bad parenting. The biggest reason I tell kids that Columbine happened was that the shooters focused on everything that was negative in this world. Kids today are just inundated with so much negative stuff. And it’s really affecting them. So my biggest thing that I talk to them about is their value. And that they have this inherent value built within them.

Glor: If there’s one thing you want people to know 20 years later, what is it?

DeAngelis: What Columbine represents, when I speak to the communities from Parkland, in Santa Fe, in Sandy Hook, I said, ‘Columbine represents hope. And even though the road’s gonna be tough, it’s gonna be a tough journey and you’re gonna be kicked down, you gotta get back up. And we’re all there. We’re all part of this club, and we could all help each other.’ I truly believe that the Columbine community is stronger today than what it was almost 20 years ago. And we provide hope for others.