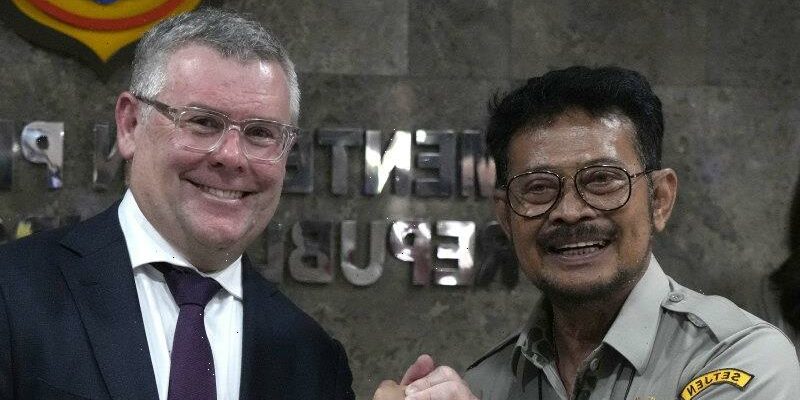 Calls to close the border to Indonesia have been rejected by federal Agriculture Minister Murray Watt, as he announces a $14 million funding package as part of a desperate bid to stop the devastating foot and mouth livestock disease entering Australia.

Watt has just returned from Indonesia, where he met with officials to offer Australia’s help in curtailing the spread of the virus, which infects cloven-hoofed animals including sheep and cattle. The disease does not make people unwell but travellers could potentially carry it back to Australia on their shoes, clothes or in their noses – where it can survive for up to 24 hours. 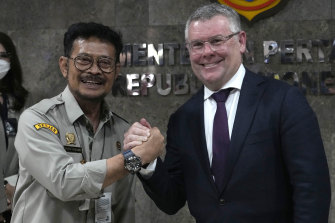 Foot and mouth has entered the holiday island of Bali, visited by about 1.5 million Australian travellers a year, and flights from Denpasar to Darwin are only 2.5 hours long.

Watt announced on Friday that biosecurity would be ramped up at airports.

“Managing this outbreak in Indonesia and any other country is the responsibility of that country’s government, but it’s so important that we show that we are standing side by side with those countries in their battle to contain this virus,” Watt said.

$5 million of the new fund would go to Indonesia to buy and distribute vaccines, and also to provide expertise in diagnosing infections and biosecurity controls.

The remaining $9 million will be spent in Australia on 18 new biosecurity officers who would be dispatched to airports and mail centres, as foot and mouth can be carried on objects that were made from or contacted with infected animals.

“The advice that I have received is that the highest-risk way of foot-and-mouth disease coming back in our country is actually through animal products, meat products and dairy products, being brought in, whether by postage or freight or any other means,” Watt said.

If only one positive case of foot and mouth was detected on an Australian farm, it could shut the $27 billion livestock export trade down for months or even years. Widespread culling of livestock would be likely and the federal government has estimated the total cost of a major outbreak at $80 billion.

Queensland Nationals Senator Susan McDonald, whose family owns a large beef business, has called for a discussion about closing the border to Indonesia and Nationals MP Kevin Hogan said returning travellers should be forced to quarantine in cities for two days before they are permitted to travel to rural areas.

Watt said he was “aware that there is significant concern” about foot and mouth disease but rejected the Nationals’ calls for quarantine and border closures.

“I’m not just going to take a stab in the dark and do things because they sound good to people,” Watt said.

“The way we have largely managed COVID as a country over the last couple of years is by listening to experts about these things and doing things that work. There’s been a whole range of ideas put forward by a range of people about what the government should be doing and I note that some of these ideas are being put forward by people who have been in government for the last nine years, and didn’t see fit to introduce any of those measures… despite the fact that the foot and mouth disease outbreak began before we were elected.”