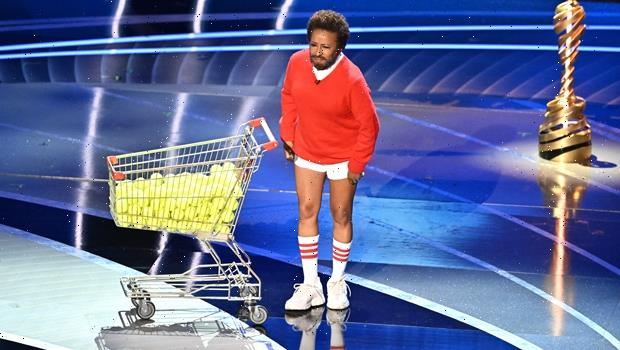 Costume drama! While the trio of comediennes planned on dressing like the Williams tennis family, it seems something got lost in translation.

Wanda Sykes, Amy Schumer, and Regina Hall were a comedy dream team at the 94th Annual Academy Awards on Sunday, Mar. 27, 2022. And while the funny ladies’ jokes were perfectly in sync all night, it appeared like there was a lapse in communication when it was time to play dress-up midway through the show. 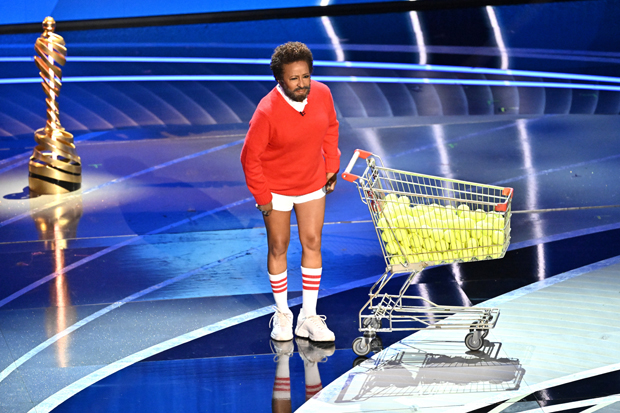 The star-packed audience burst into laughter as Wanda wandered onto the stage dressed as Richard Williams, tennis pros Serena and Venus Williams‘ father, who Will Smith earned an Oscar nom for playing King Richard. Committing to the look, she had a bristly beard as she pushed a cart full of neon tennis balls across the stage, clad in a red V-neck sweater, tube socks, and shorts.

Wanda seemed irritated as Regina wandered out dressed like Tammy Faye Bakker, who Jessica Chastain earned her own Oscar nod for her work in The Eyes Of Tammy Faye. While rocking wild makeup and big, blonde hair, Regina admitted, “I’ve always wanted to play a crazy white woman.” Then, the duo was interrupted by Amy, who dropped down from the ceiling dressed as her own version of Spider-Man. 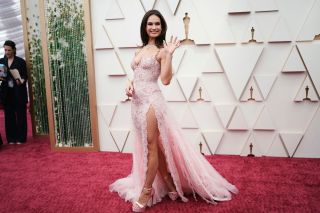 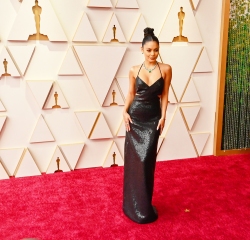 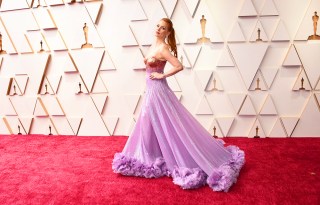 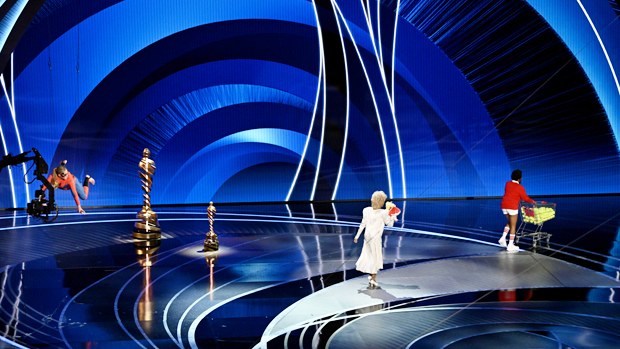 The trio proved the perfect combination for comic gold at the Oscars, which went without a host for the past three years. Amy, Wanda, and Regina started strong, opening the show with a sassy monologue that wasn’t afraid to mock Hollywood.

“This year, the academy hired three women to host because it’s cheaper than hiring one man,” Amy joked. Later, Wanda took a jab at Florida’s controversial “Don’t Say Gay” bill, telling viewers, “Well, we’re going to have a great night tonight. And for you people in Florida, we’re going to have a gay night,” before Regina and Amy joined her in a chorus saying, “Gay” over a dozen times.