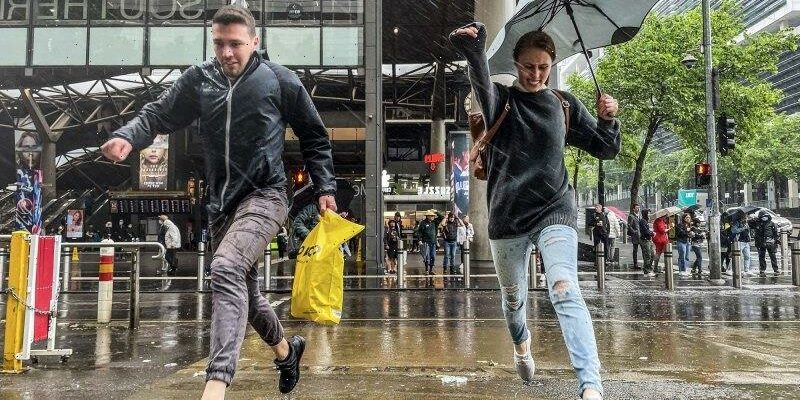 It’s officially summer, but those hoping for sunny skies and hot weather could be disappointed, with wetter-than-usual conditions expected after Victoria’s wettest and coldest spring on record since 1992.

The Bureau of Meteorology’s senior climatologist Simon Grainger said the state received an average of 353.3 millimetres of rain this spring, “nearly double the 1961 to 1991 average”. The highest average rainfall recorded before this spring was 316.1 millimetres in 1992. 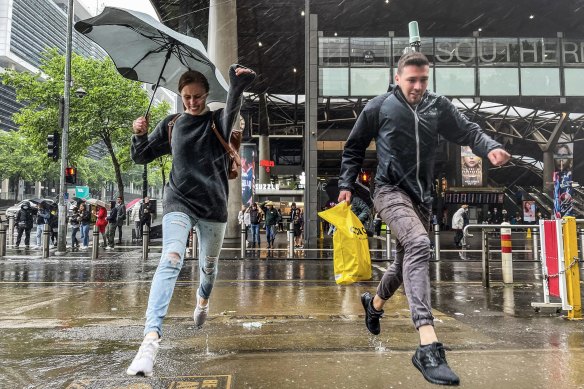 Caroline Grunewald and Keegan Marsh were caught in a sudden downpour in the CBD on November 14.Credit:Paul Rovere

It was also Victoria’s coldest spring for 30 years, with a mean maximum temperature “the sixth-lowest on record [since 1910] and lowest since 1992”, according to a BOM climate report.

And thanks to the Indian Ocean Dipole and La Nina, we can expect these weather patterns to continue into summer.

“Daytime temperatures are expected to be 60 per cent cooler than average,” Grainger said.

The downside? Fewer beach days. The upside? You can go easy on the air-conditioning.

Get to the heart of what’s happening with climate change and the environment. Our fortnightly Environment newsletter brings you the news, the issues and the solutions. Sign up here.