Vicki Gunvalson implied that ‘Housewives’ could die from COVID-19 vaccine

It’s over for Vicki Gunvalson and Steve Lodge.

The former “Real Housewives of Orange County” star and Lodge have broken up two years after getting engaged, a source confirmed to Page Six.

E! News first reported that the gubernatorial hopeful ultimately “ended things with Vicki” after they tried reconciling following a June split that Gunvalson had initiated.

“Steve and Vicki had been living separately for much of the pandemic,” an insider told E! News. “Steve had been living like he was a single man in Puerto Vallarta, while Vicki was in the US.”

Gunvalson appears to have erased all photos of Lodge from her Instagram page, as their engagement announcement has disappeared. They have also unfollowed each other.

Lodge popped the question in April 2019 after he had asked all six of their children for their blessing before he decided to propose over a homemade dinner.

“It wasn’t filmed,” an insider confirmed to Page Six at the time of the proposal. “He really wanted to do it privately. He wanted to do it because the two of them are in love and wanted it to be a private, special moment.”

The Bravolebrity, 59, and Lodge had been together for nearly three years before they got engaged, and Gunvalson had made it clear on “RHOC” that she was ready to be a wife again.

This would’ve been the Coto Insurance CEO’s third marriage. She divorced Donn Gunvalson in 2014 while she was featured on “RHOC” and was married to Michael Wolfsmith prior to Donn. 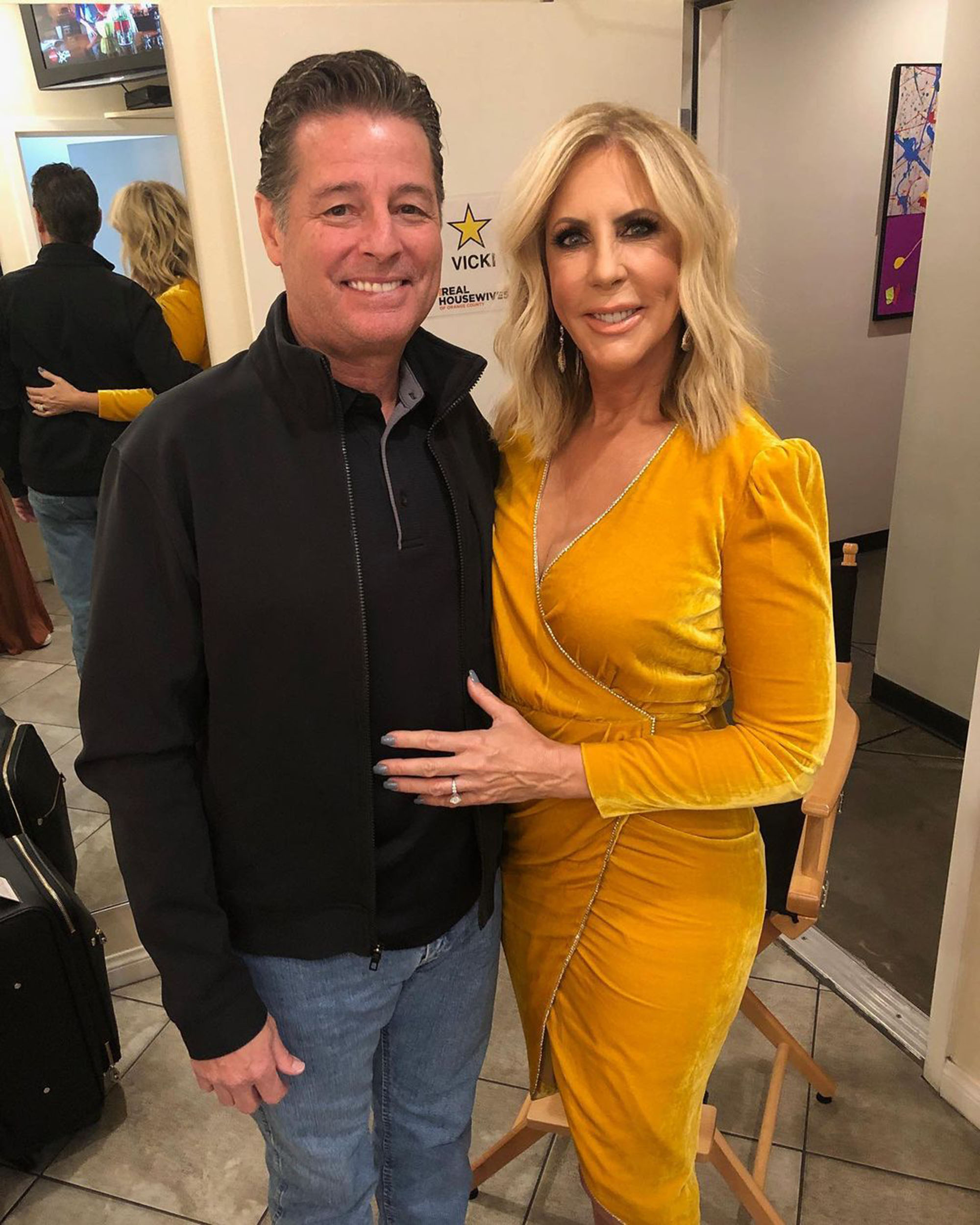 Now that she and Lodge are over, Gunvalson will have to find another person who is against the COVID-19 vaccine. As Page Six exclusively reported, she made her staunch aversion to the jab known while filming Season 2 of “The Real Housewives Ultimate Girls Trip.”

“She wouldn’t stop fighting about the shot and really got into it with [‘RHONY’ star] Dorinda [Medley]. Vicki told Dorinda that everyone who got the vaccine is going to die,” said an insider, adding that Gunvalson’s point of view has “nothing to do with religious reasons.”

Gunvalson denied making generalizations about the vaccine, however, in a statement to Page Six.

“To clarify, my conversation with Dorinda was specifically about a man I know who didn’t have a history of blood clots and unfortunately passed away from a pulmonary embolism, which happened to occur after he took the second dose of the vaccine,” she said.

The reality star also told us that she is “not anti-vax.”