‘He has a vegan cupcake when others eat birthday cake’: Doctor claims her son is HAPPY with his herbivorous diet – and at FOUR knows how to check packets for animal products

Now, a decade later, the Australian neuropsychologist is raising her four-year-old son Arvin to follow a plant-based diet and teaching him about the importance of being kind to all species.

‘My husband and I always knew that we would raise our children vegan,’ Dr Ash told FEMAIL. 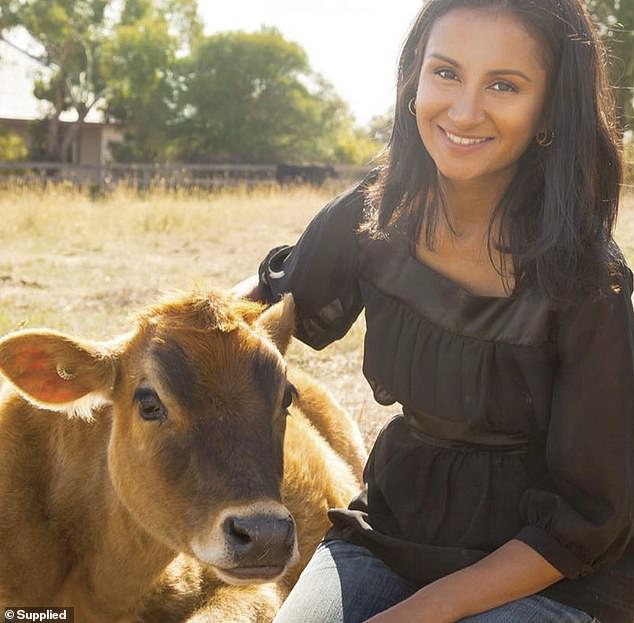 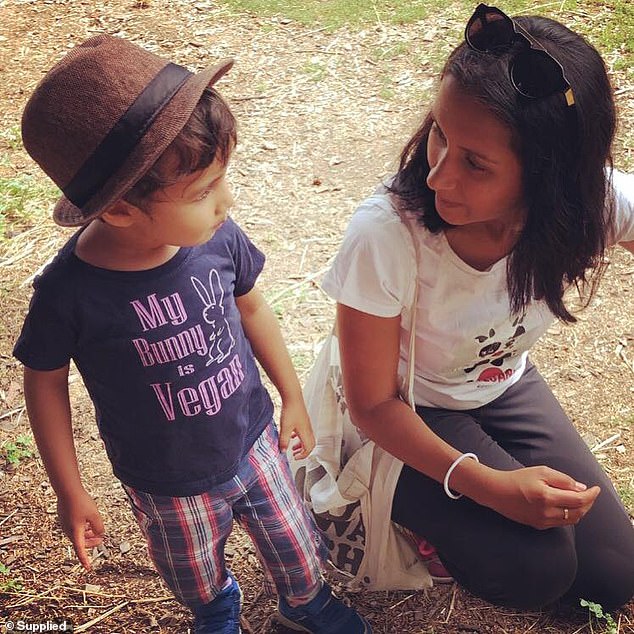 ‘We received plenty of criticism from others, usually from those who were uninformed about what a vegan lifestyle actually means.

‘There are people who genuinely believe that vegans only eat lettuce leaves and carrot sticks.’

More than two million Australians are vegetarian or mostly vegetarian according to a 2016 Roy Morgan research study and the number of foods claiming to be vegan has risen by 92 per cent this year alone.

What does Arvin eat each day? 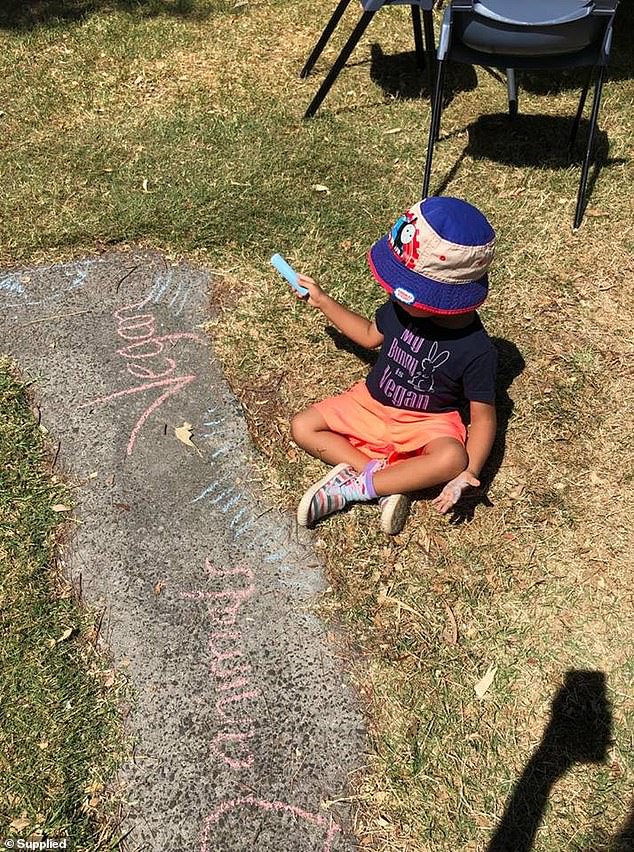 While the movement continues to gain traction Down Under, Dr Ash is dispelling myths her son exists on salads alone

Dr Ash dispelled some popular myths about the diet, in particular that her son lives on salads alone.

On a typical day they will have porridge with bananas, chia seeds, peanut butter and cinnamon for breakfast, followed by a smoothie of bananas, mangoes, kale and flax seeds mid-morning.

At lunchtime they will devour a chickpea pasta with lentil and vegetable bolognese before snacking on two peaches and two vegan chocolate chip biscuits.

At dinner they will have a combination of rice with bean and vegetable chilli and a salad on the side. 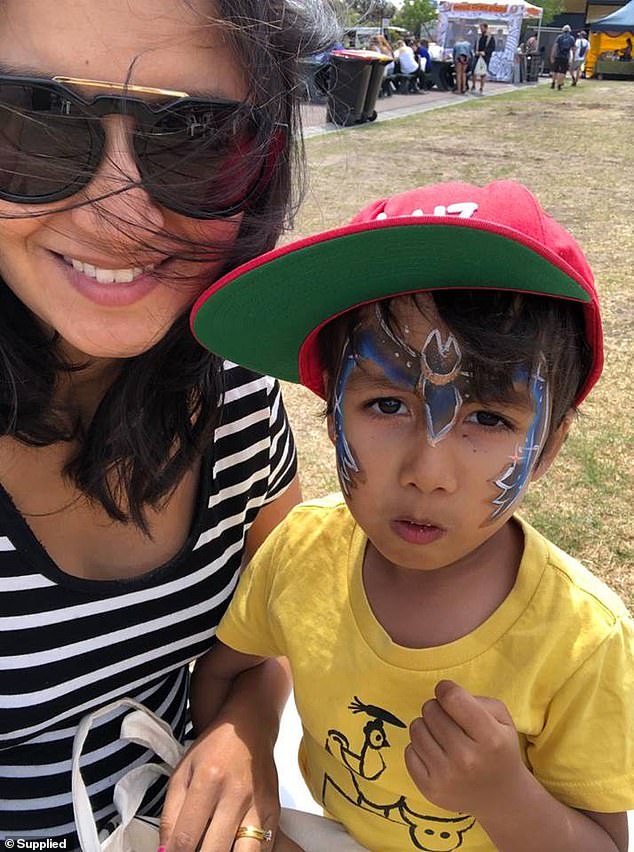 While it’s simple to organise family meals at home when they’re all together, Dr Ash ensures Arvin doesn’t feel left out at birthday parties or on play dates

While it’s simple to organise family meals at home when they’re all together, Dr Ash ensures Arvin doesn’t feel left out at birthday parties or on play dates.

‘These days, parents are very accommodating of veganism, often out of necessity due to dairy and egg allergies,’ she explained.

‘That said, we don’t expect to be catered to when we attend events, so I pack snacks for my son, like a vegan cupcake that he can eat while other kids are eating birthday cake.

‘At age four he does understand some of the ethical implications of lifestyle choices, such as cow milk being designed for calves, not humans.

‘If we’re not around, he’s quite proactive about checking whether food contains animal products or not, and he will decline food that is not vegan.’ 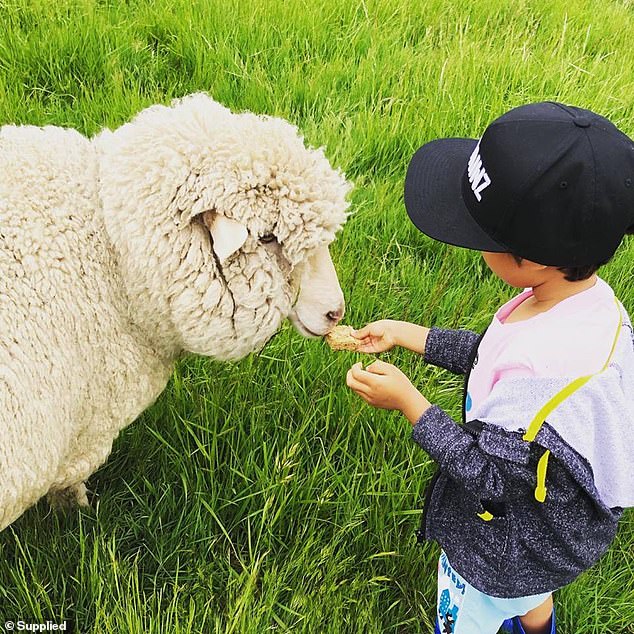 Is it safe for children to be vegan?

According to Sydney dietitian Shirley Chan, the key to raising healthy vegetarian or vegan kids is a combination of education and preparation.

She says a plant-based diet is suitable for people of all ages and that a child can be vegan if their diet is carefully balanced to supply all the nutrients they need.

They need more than just micronutrients like vitamins and minerals but also proteins which are needed for growth in childhood.

To explain veganism to Arvin she only needs to reiterate that ‘it’s wrong to intentionally harm or inflict violence on others’.

‘We also believe in fairness, such as not taking something that doesn’t belong to us, (like someone’s body, milk, eggs, feathers, fur or skin), and not discriminating against others because of their skin colour, gender, ability, or species.

‘We believe in integrity and thinking for oneself – not doing things just because everyone else is doing them.

‘This means, questioning popular choices like going to zoos and aquariums, wearing leather or fur, or using cosmetics that are tested on animals. We want to teach our children that it’s important to do what’s right, which might not always be what’s popular. 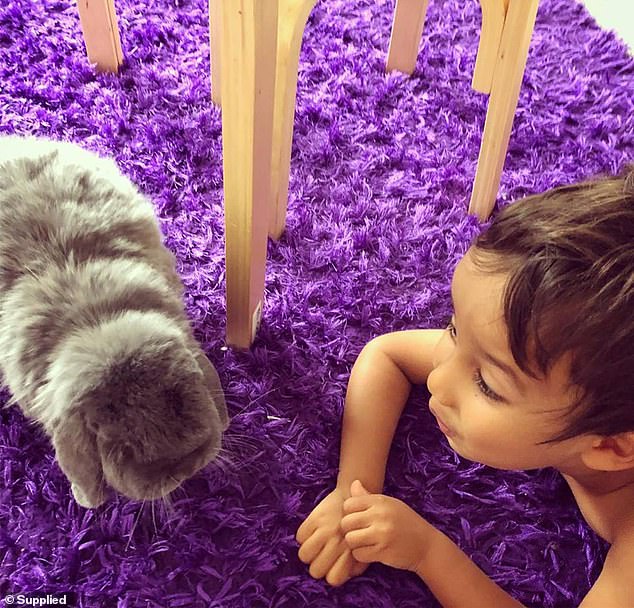 Dr Ash’s work in the field of neuropsychology, the study of the function and structure of the brain, has given her a broader depth of why veganism is the right choice for them and the environment.

‘There is increasing evidence about the positive health effects of a whole food vegan diet,’ she said.

‘In terms of brain health, a useful resource is The Alzheimer’s Solution by Dr Sherzai, which is extremely well-researched and strongly evidenced based.

‘There is also good evidence for positive mental health benefits of engaging in altruistic behaviours.

‘We consider ourselves ethical vegans, which means we are vegan for the greater good – reducing our contribution to animal suffering and environmental destruction.’