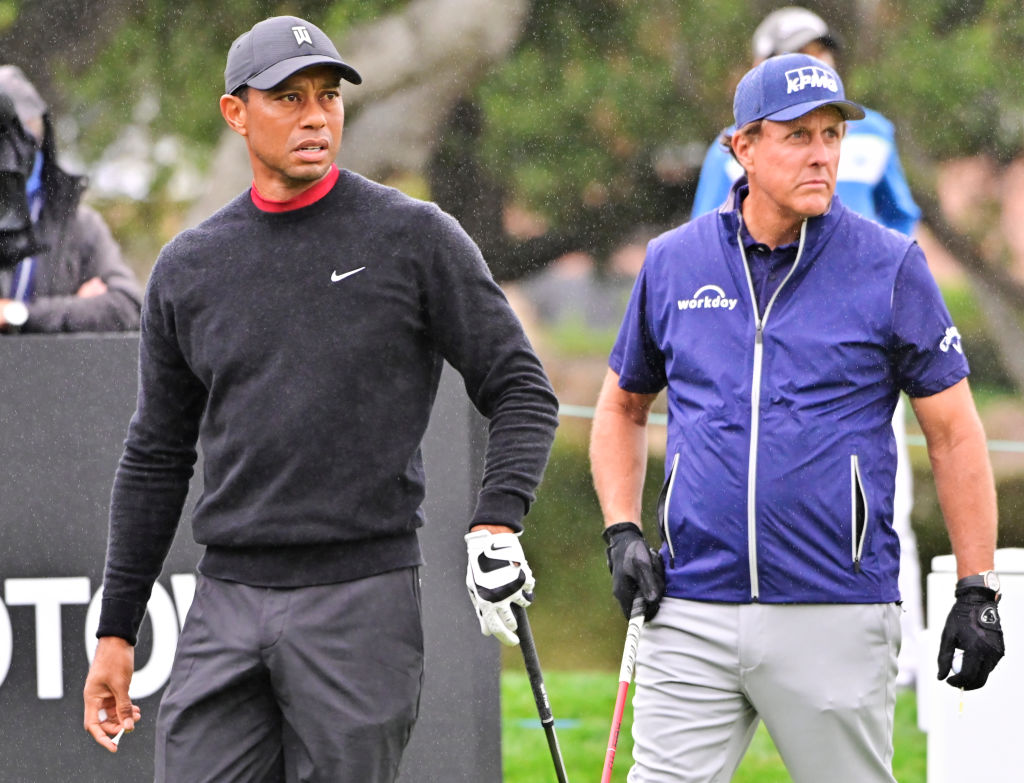 Tiger Woods and defending champion Phil Mickelson have been included in the 156-man field to play at next week’s US PGA Championship.

The legendary duo have both missed large parts of the season for different reasons, with Mickelson on an extended break from professional golf due to comments made about Saudi Arabia in February, while Woods has been nursing injuries incurred from a car crash he suffered last year in Los Angeles.

Woods, the 15-time major winner, made his return at the Masters in April and after an encouraging start ended up finishing in 47th place.

The US PGA begins next Thursday and will be played at Southern Hills Country Club in Oklahoma between 19-23 May. The last time the course hosted the event in 2007, Woods came out the winner.

The 46-year-old played at Southern Hills last month and, in a reduced schedule, appears to be targeting the majors having already announced he will be playing at the Open later this year.

Mickelson became the oldest major champion in history when he fended off Brooks Koepka and Louis Oosthuizen to win the US PGA at Kiawah Island last year.

The 51-year-old has suffered a fall from grace since that week with many of his sponsors cancelling their contracts with the American after he backed the breakaway Saudi tour and suggested he was using the project to gain leverage over the PGA Tour.

With his reputation in tatters, Mickelson sought to remove himself from the limelight and missed the Masters in April for the first time in 28 years.

A return at the US PGA would be the first time Mickelson has faced the media since his controversial comments.

In February, he released a statement acknowledging the dismay that had been caused by his rebel tour intentions.

He said: ‘I used words I sincerely regret that do not reflect my true feelings or intentions. It was reckless, I offended people, and I am deeply sorry for my choice of words.

‘I have often failed myself and others too.  The past 10 years I have felt the pressure and stress slowly affecting me at a deeper level.  I know I have not been my best and desperately need some time away to prioritize the ones I love most and work on being the man I want to be.’