Brain-boxed in! University Challenge puts perspex panels between contestants in first episode screened since social distancing rules came in – and viewers say the quiz is more ‘shouty’ as a result

The set of University Challenge has remained largely unchanged since its first episode aired in the early Sixties.

However, the latest installment of the BBC2 student quiz made one very notable modification – introducing perspex panels between contestants to observe current social distancing rules.

Caustic-tongued viewers wasted no time in quipping about the updated set, with one suggesting it now looked ‘like a pub quiz in a bureau de change’.

Viewers watching at home said the ‘boxing off’ of contestants made the show feel more ‘shouty’ with conferring much louder than in previous episodes. 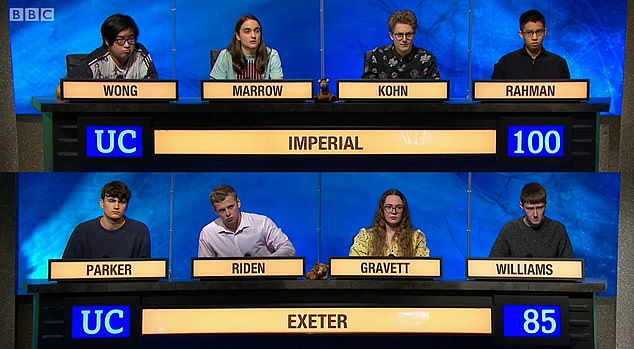 After a six-month ‘hiatus’ from filming, the first episode of University Challenge screened with new social distancing rules in place saw perspex panels placed between contestants from Imperial and Exeter 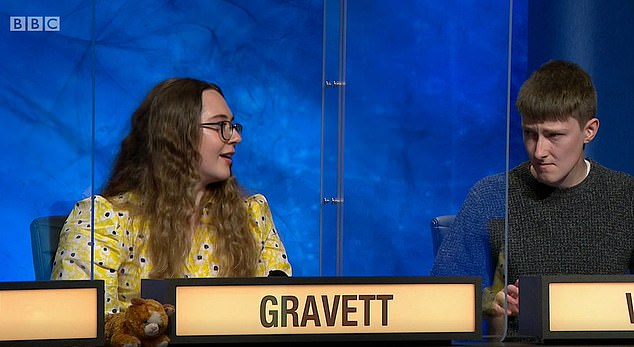 Despite also wearing ear pieces, the contestants were more audible than usual because of the screens, noted viewers

The episode saw the highest-scoring losers from the first round, Exeter and Imperial, go down to the wire for victory, with Imperial eventually winning by 160 to 155.

After host Jeremy Paxman and the crew took a six-month ‘hiatus’ from filming, the programme returned to its Monday night spot on BBC2 last night, with Paxman explaining the new changes to viewers, making it clear that contestants were also wearing ear pieces so they could continue to confer.

The presenter offered another huge clue that the show was filmed at the height of the pandemic with his silver locks much longer than normal.

The show, which regularly trends on Twitter thanks to its cult following, garnered plenty of comments about the set change.

@Goonersk said the show reminded them of ‘Celebrity Squares with the screens between contestants. And with more intelligence, obviously.’ 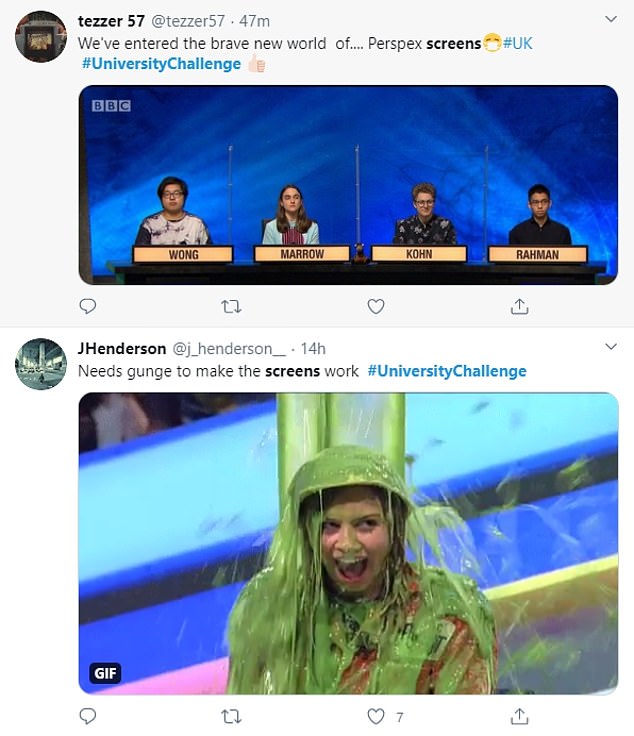 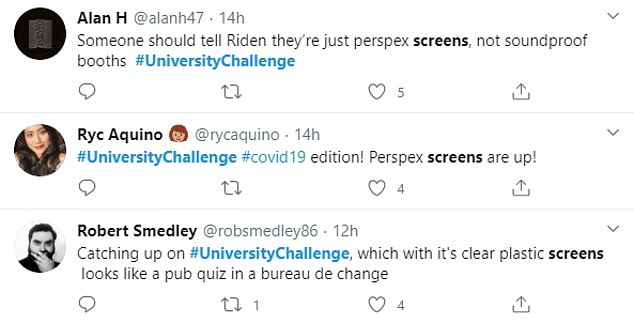 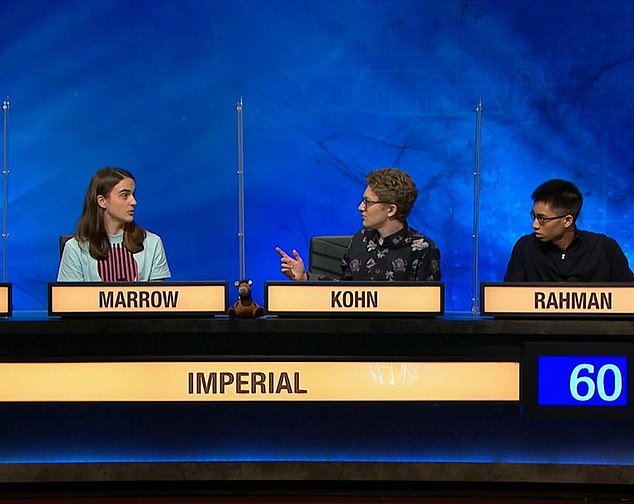 Highest-scoring losers from the first round, Exeter and Imperial, fought a close match, with Imperial grasping victory by just five points winning 160 to 150 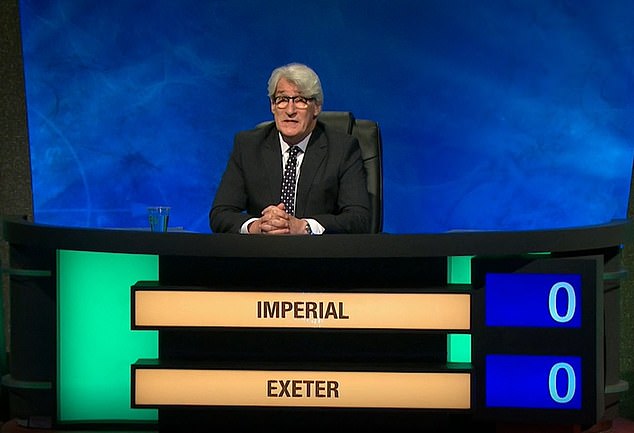 Host Jeremy Paxman sported a much longer hair-do too, another clue that the show was filmed during lockdown

At the beginning of the show, Paxman acknowledged that University Challenge had been reluctantly forced to adapt to keep the show going.

He said: ‘Many things might be regarded as the hallmarks of this competition but an eagerness to embrace change isn’t one of them.

‘However, the times we live in have required us to adjust and our team members now sit between clear screens.

‘They also wear ear pieces to allow them to hear each other when hopefully they confer on bonus questions.’

He added that the show had also relaxed the rule that says students can’t play if they’ve taken their degree during the course of the competition.