As part of its largest order ever for 270 Boeing and Airbus jets, United Airlines will undertake a nose-to-tail transformation of its fleet and offer a new and improved in-flight experience for passengers.

United Airlines is placing a new bet on electric air travel as part of its goal to reduce its greenhouse gas emissions 100% by 2050.

The company's investment arm, United Airlines Ventures (UAV), as well as its partners Breakthrough Energy Ventures (BEV) and Mesa Airlines, have announced a new investment in Gothenburg, Sweden–based electric aircraft startup Heart Aerospace, which will fast track the development of its ES-19 electric aircraft to begin commercial service by 2026.

A United spokesperson declined to disclose the financial terms of the investment. Heart Aerospace CEO Anders Forslund confirmed to FOX Business that the startup raised a total $35 million from investors in its latest funding round. 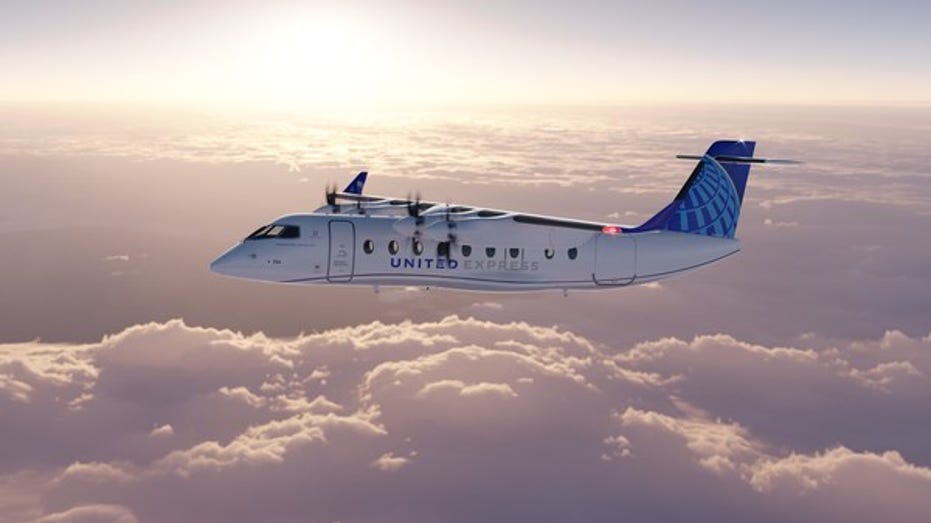 The 19-seat plane, which uses electric motors instead of jet engines and batteries instead of jet fuel, has the potential to fly customers up to 250 miles. The ES-19 will be a larger aircraft than any of its all-electric competitors and have zero operational emissions.

Breakthrough Energy Ventures' Carmichael Roberts says the ES-19 will be "transformational in reducing the emissions of the industry" and enable low cost, quiet and clean regional travel on a broad scale at a fraction of the cost.

UAV president Michael Leskinen noted that the airline recognizes its customers "want even more ownership of their own carbon emissions footprint" and emphasized the short-haul regional air travel market will play a key role in the ES-19's evolution.

"As battery technology improves, larger-gauge aircraft should become viable but we're not going to wait to begin the journey," Leskinen added. "That's why we're looking forward to beginning our work with Heart, so that, together, we can scale the availability of electric airliners and use them for passenger flights within the next five years."

In addition to Heart Aerospace, United announced an agreement with California-based air mobility company Archer in February, in which it will purchase up to 200 of Archer's fully-electric air taxis to help quickly transport United customers to the airport as early as 2024. Once operational, the battery-powered aircraft is expected to transport customers from up to 60 miles away, and at speeds of up to 150 miles per hour.

United also plans to purchase at least 15 Overture jets from Colorado-based Boom Supersonic, capable of traveling at speeds of Mach 1.7 (around 1,300 mph) and cutting the flight time between Newark and London to just three and a half hours, Newark to Frankfurt, Germany in four hours and San Francisco to Tokyo in six hours.  The Overture jets are expected to begin flying in 2026 and carry passengers by 2029.

Commercial aviation accounts for about 2% of global carbon emissions, according to the International Council on Clean Transportation.