The Gypsy King looked like he was down and out at the Staples Center as the Bronze Bomber floored the 30-year-old for the second time, with fans stunned at how he got up. 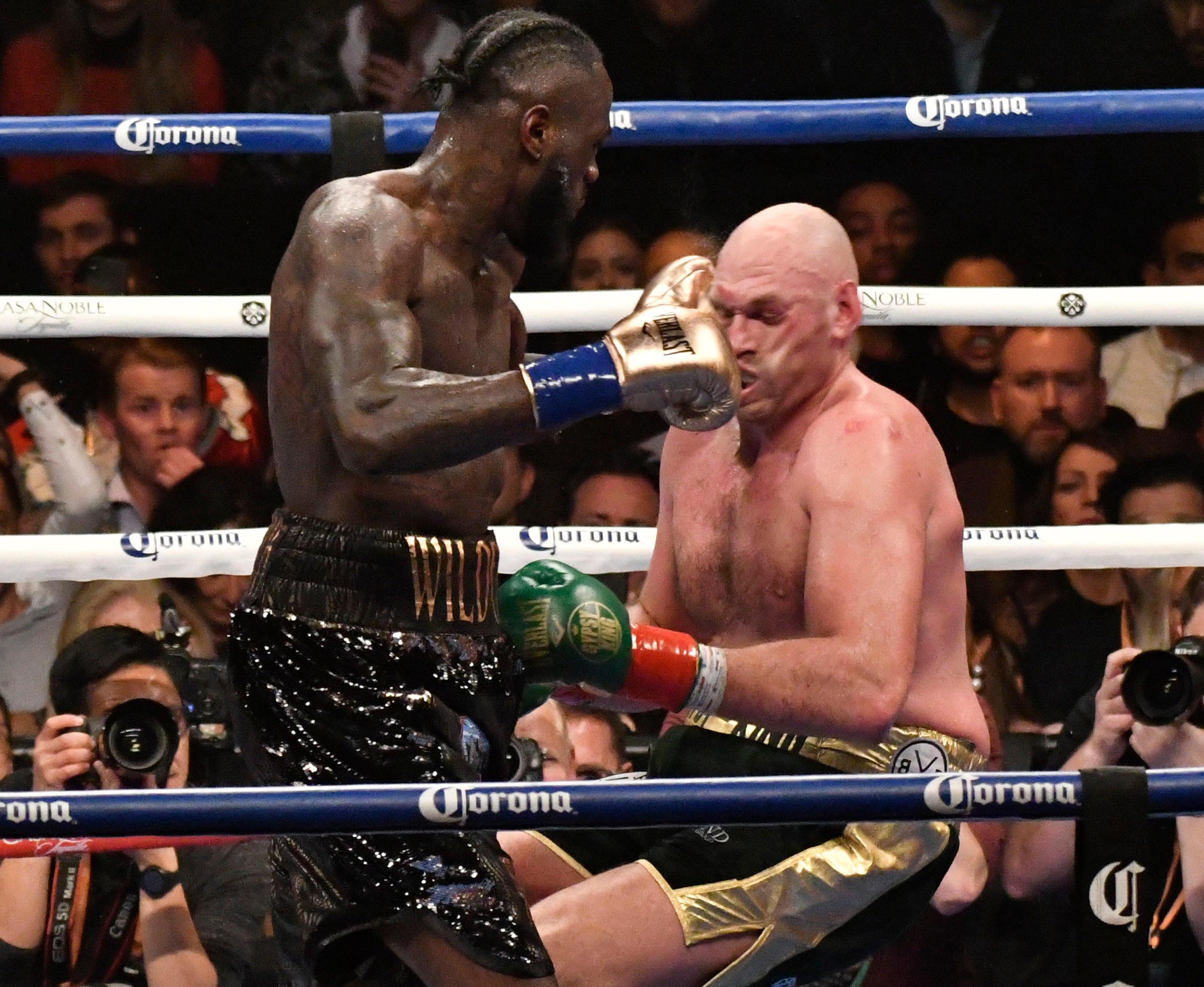 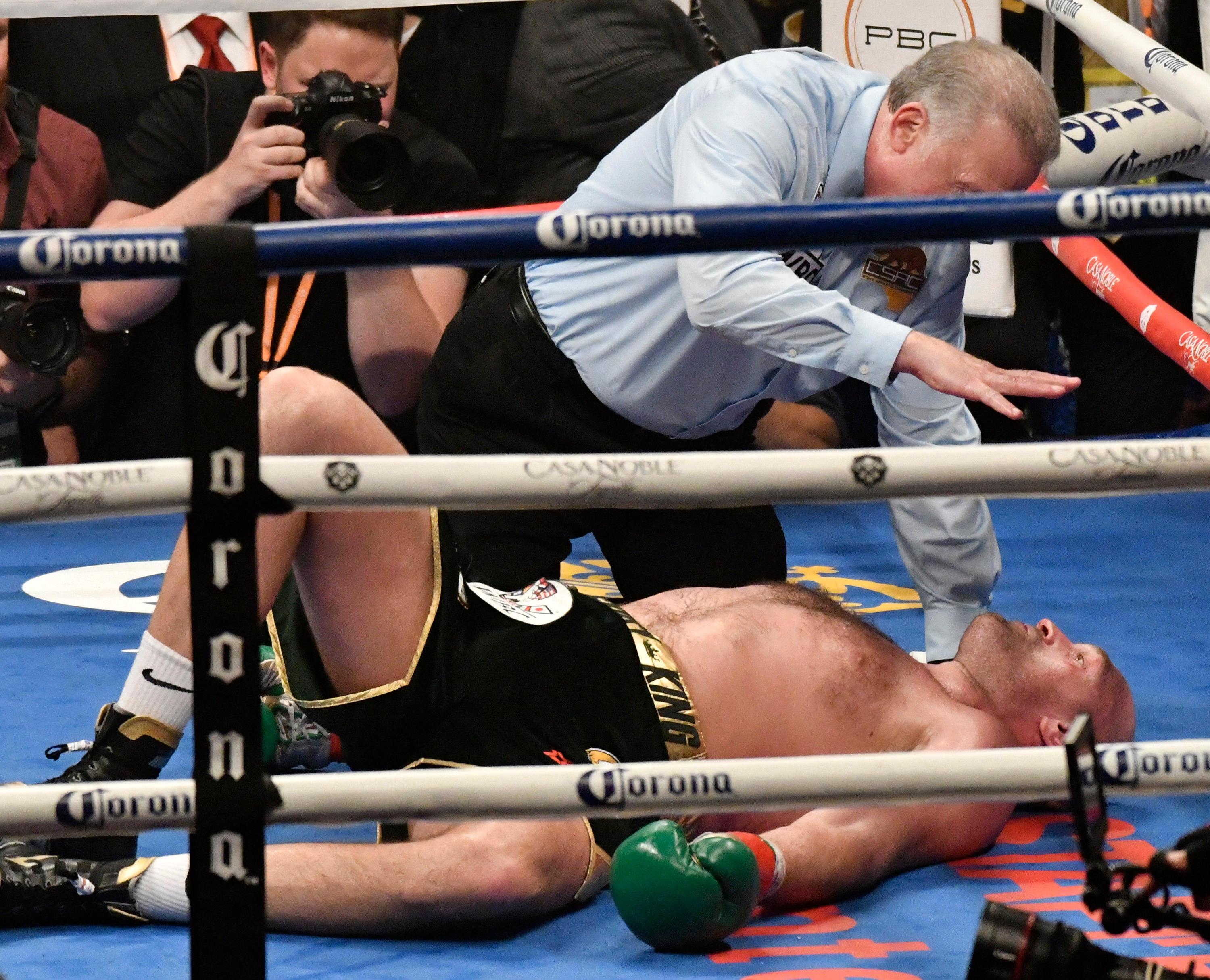 Fury – who suffered a controversial draw with Wilder even though he outboxed the American – was also knocked down in the ninth round, but recovered quickly.

But it looked as though his dream of winning the WBC title was over following a brutal combination by the 2008 Olympic bronze medallist.

A straight right by the 33-year-old wobbled the legs of Fury, before a clubbing left hook sent the former unified heavyweight champion crashing to the canvas.

As he lay sprawled across the canvas not moving, Fury showed what heart he has as he rose to his feet as the referee counted to six. 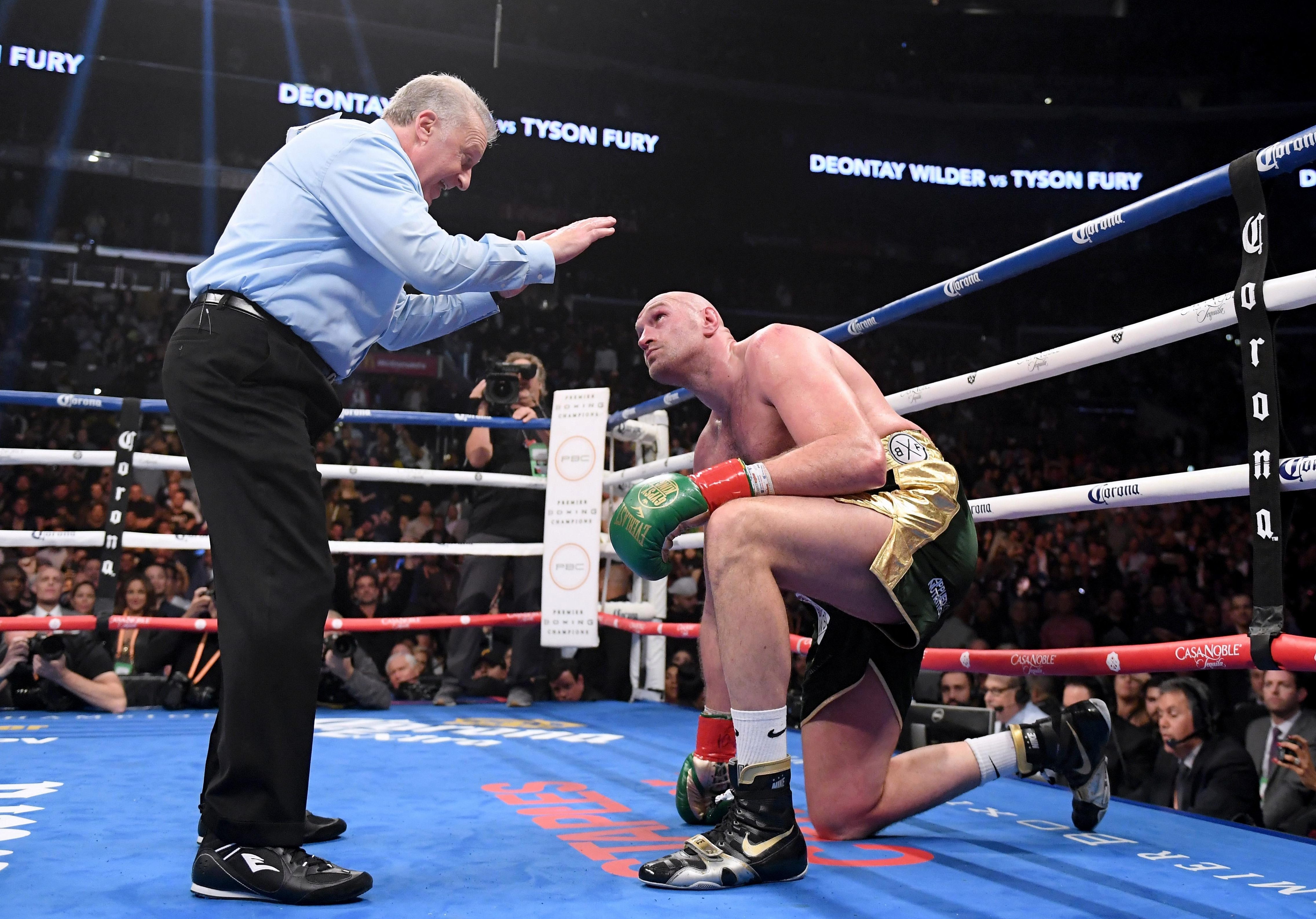 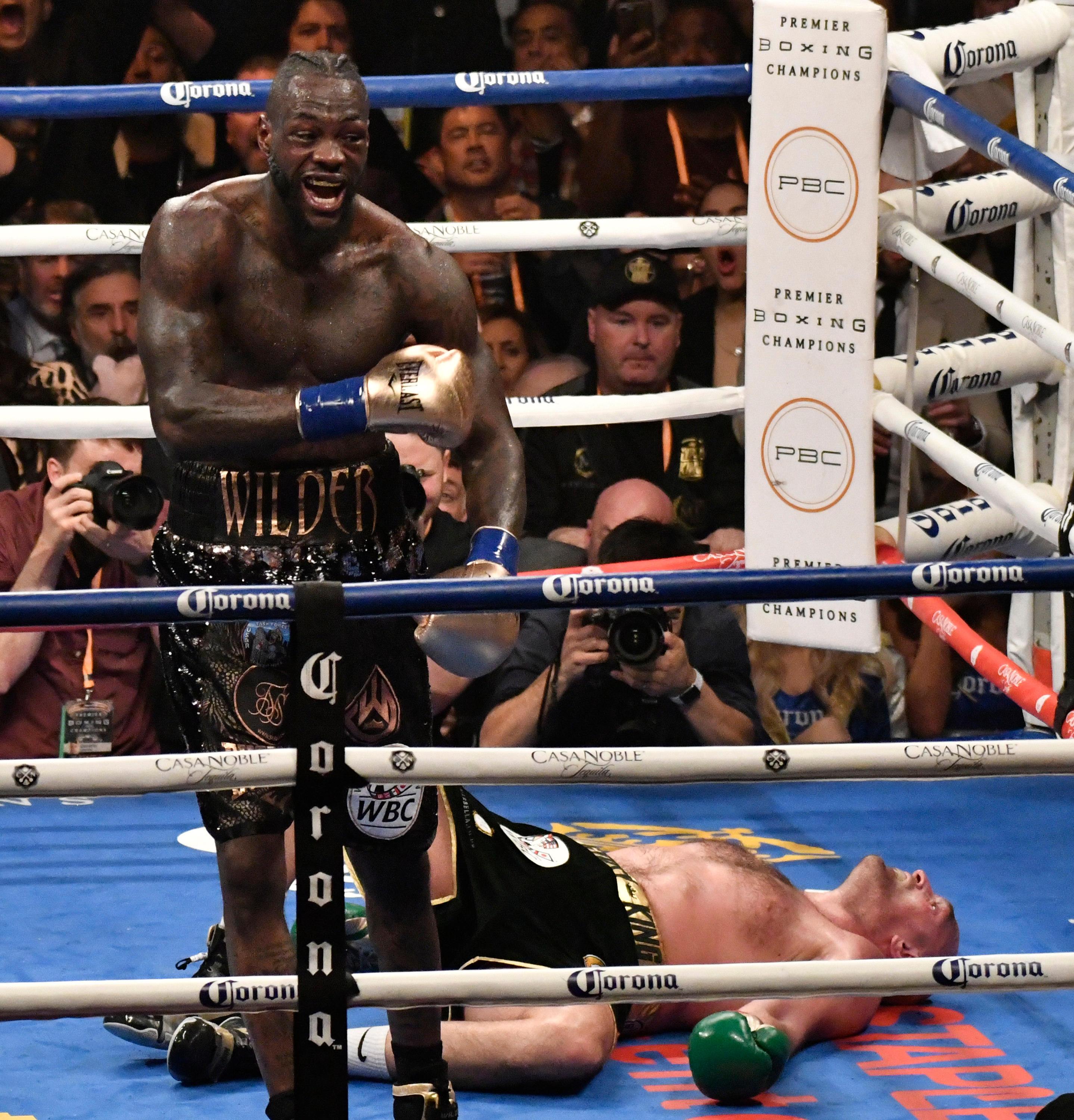 Wilder was so confident that he snatched the win that he celebrated by dancing, but his face soon changed when he saw Fury back on steady legs.

And with two minutes left of the final round, Fury weathered the barrage of punches being thrown by Wilder, as he finished on the front foot.

Both men then called for a rematch during their post-fight interviews, labelling themselves as the top two heavyweights in the world.

While Fury also branded Anthony Joshua a coward as he blasted his compatriot.