Tyrese Gibson got ripped on social media Sunday for posting a comment about his mother’s past with alcoholism into the chat of a popular Instagram Live music battle show.

The 42-year-old actor put his own mom on blast before more than a million web viewers, who were watching The Isley Brothers and Earth, Wind & Fire go head-to-head on the “Verzuz” web series.

“Hate that my mother used to drink everyday – but SHE’s the reason I know REAL MUSIC!” he wrote in the chat.

The Twittersphere quickly pounced on Gibson for ruining the mood of the nostalgic show by brining up his family’s dirty laundry, when they just wanted to hear hits like “September” and “Twist and Shout.”

“How do we cancel Tyrese’s account?? enough is enough,” one commenter tweeted.

“Tyrese is the king of over sharing,” another wrote.

“If we can get through just ONE #verzuz without Tyrese revealing some personal trauma…I would be so grateful,” a third viewer tweeted. 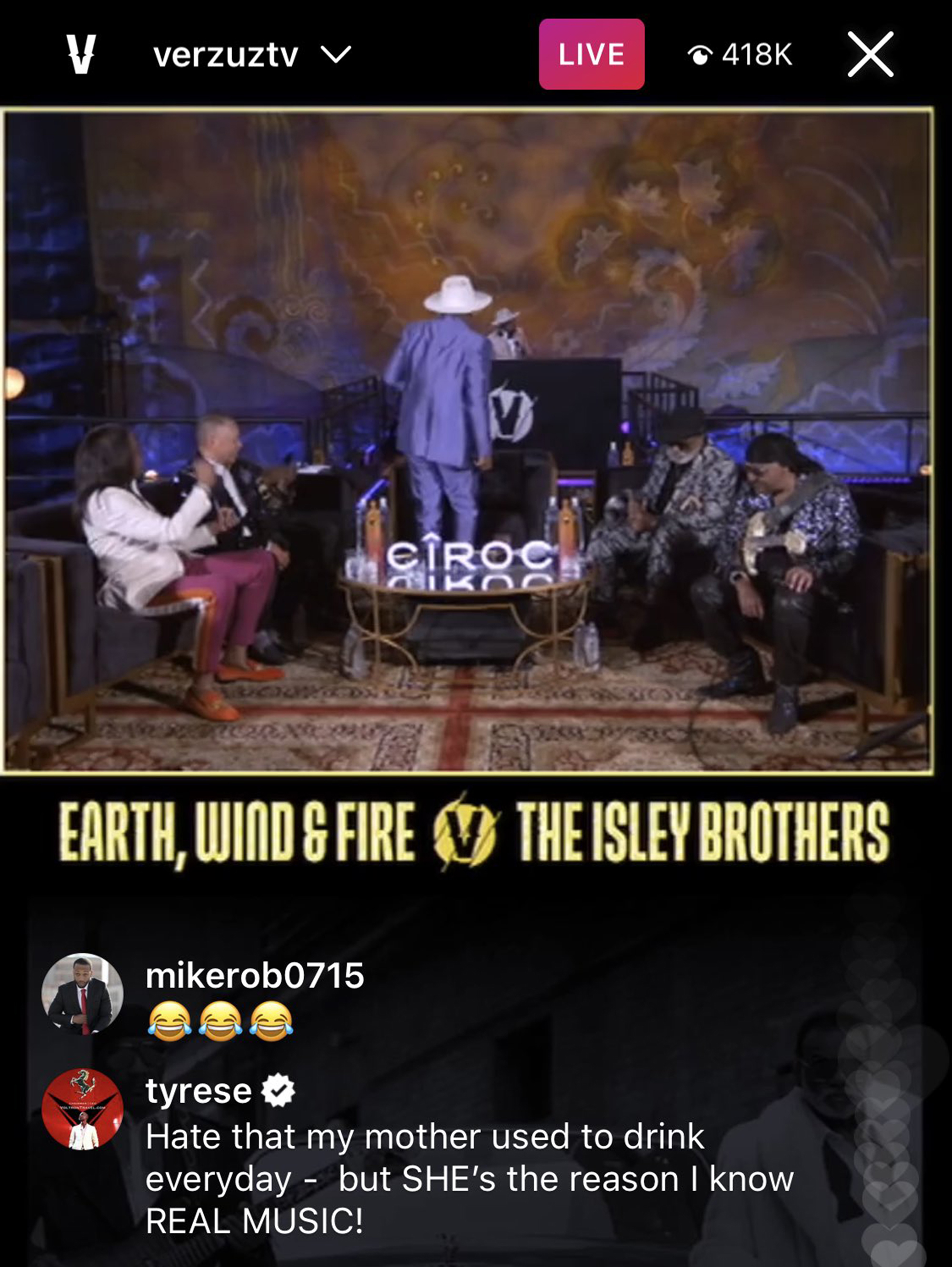 One user joked that “y’all bet not tell Tyrese when the next #Verzuz is,” while another wrote, “Somebody has to compile Tyrese’s comments into a coffee table book. Immediate bestseller. #Verzuz.”

Gibson previously trended on Twitter for writing, “Throw in the tile” instead of “towel” during an April 2020 “Verzuz” battle between Babyface and Teddy Riley, one of the first episodes in the series created by producers Timbaland and Swizz Beatz to pass the time during the COVID-19 pandemic.

The mistake led to the creation of countless memes, some of which Gibson later shared on his own Instagram account.

In December, the “Fast & Furious” star asked fans to pray for his mother, Priscilla Murray Gibson, amid an undisclosed health struggle.

He later told fans that his mom was doing better and had been taken “out of an induced coma.”

Gibson’s mother’s hospitalization was not the only bump in the road for him in recent months. He is in the midst of a divorce from wife Samantha Lee after nearly four years of marriage. After trying to win Lee back with new music about her and public declarations of love via social media, he was linked to model Zelie Timothy.

A rep for Gibson did not immediately return our request for comment.