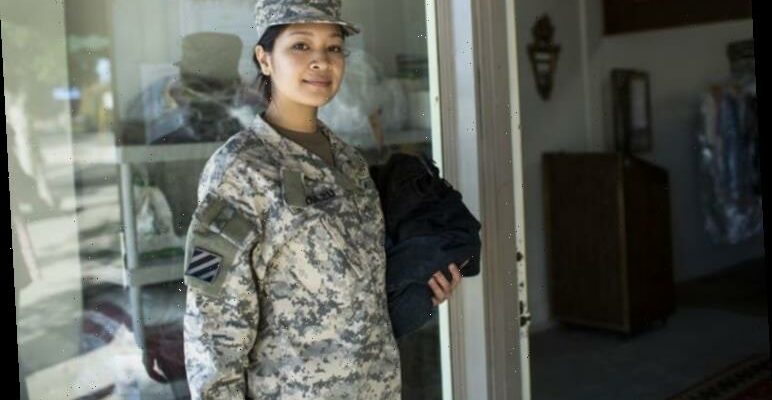 A survey of 2,000 adults found 42 percent associate women in the military with care-based roles such as nursing, rather than their heroics on the frontline. As a result, 74 percent have heard of Florence Nightingale, the nurse famous for her role treating soldiers during the Crimean War. However, just six percent are aware of Michelle ‘Chuck’ Norris, who was the first woman to be awarded the military cross.

Private Norris, then just 19 and a member of the Royal Army Medical Corps, received the honour from the Queen in 2007 following her heroics during intense gunfire in Iraq the previous year.

She faced heavy sniper fire for three minutes after climbing on top of a Warrior armoured vehicle to pull her sergeant to safety after he was wounded in the head.

One bullet from an AK47 rifle ripped through her rucksack as she came under fire from five different positions in Maysan province.

Similarly, eight percent have heard of Philippa Tattersall, who was the first woman to undergo the nine-week Royal Marine commando course and receive the green beret.

Fewer than one in 10 (nine percent) have heard of Violette Szabo (nee Bushell), the France-born English war widow, who was posthumously awarded the George Cross for her work as a secret agent in occupied France during the Second World War. 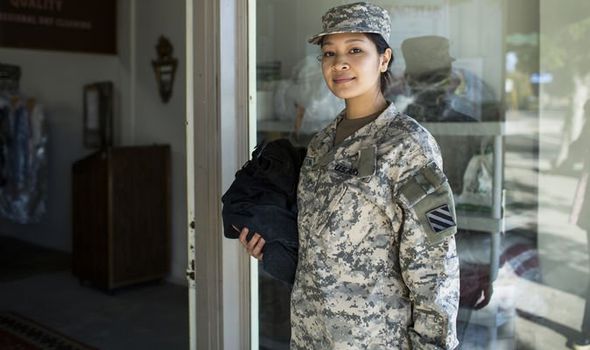 And just one in 25 (four percent) recognised the names Eileen and Jacqueline Nearne, who were sisters and British spies working undercover against the Nazis in France.

As a result, fewer than one in five (18 percent) think women’s military achievements in the past are well recognised, while a third think their more recent work is better known about.

Overall, 69 percent believe the work of women in the armed forces should be more recognised and celebrated.

The research was carried out by armed forces charity and media organisation BFBS ahead of International Women’s Day when they will be sharing inspirational stories of military women at forces.net/women.

Simon Bucks, CEO, BFBS said: “Women have played vital roles in conflicts since the 19th century. But although their heroism is regularly acknowledged inside the armed forces, very few of their names would be recognised by the wider public.

“Indeed, apart perhaps from Florence Nightingale and Mary Seacole who nursed wounded soldiers in the Crimean War more than 150 years ago, many people would struggle to name any military women heroes.

“At BFBS, our mission is to champion the entire armed forces family and as we celebrate International Women’s Day, we are focusing on the women who have helped keep Britain safe during its darkest times.

The research showed the stark differences between male and female military heroes.

This in part was due to their presence in the media through various films and TV shows.

But 48 percent admitted they couldn’t remember seeing a news story about a female member of the armed forces.

And six in 10 said they have never seen a statue or memorial depicting a female military personality.

More than half (54 per cent) said they wanted more documentaries about women in the military, while 44 percent want more films made about their stories.

And two thirds (68 per cent) of those polled via OnePoll think children should be taught more about female military heroes at school.

Simon Bucks, CEO, BFBS added: “Even before women had the right to take on ground combat roles five years ago, they regularly carried out crucial work at the heart of battle, not only as nurses.

“At BFBS, on this International Women’s Day, we are sharing the fascinating and inspiring stories of the brilliant work women, past and present, have done in every part of the U.K. armed forces.”