Otter-ly in love! Two lonely otters who lost their partners find happiness again after being matched by their keepers from opposite ends of the country

Two otters who both lost their partners have found love once more after their carers introduced them to each other.

Pumpkin, a female otter at SEA LIFE Scarborough recently lost her partner Eric and was finding life difficult without him.

Similarly, Harris, an Asian short-clawed otter from The Cornish Seal Sanctuary in Gweek, had lost his partner Apricot meaning her was alone for the first time in four years.

Most species of river otter are monogamous and pair for life, and it was clear that both otters were suffering from loneliness, so their homes started looking for potential partners for them. 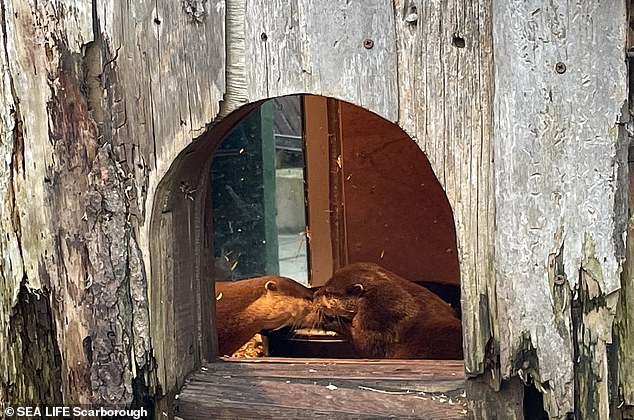 Two otters, Pumpkin and Harris, have fallen in love in a ‘fairytale’ romance after both suffering from loneliness following the loss of their originals partners 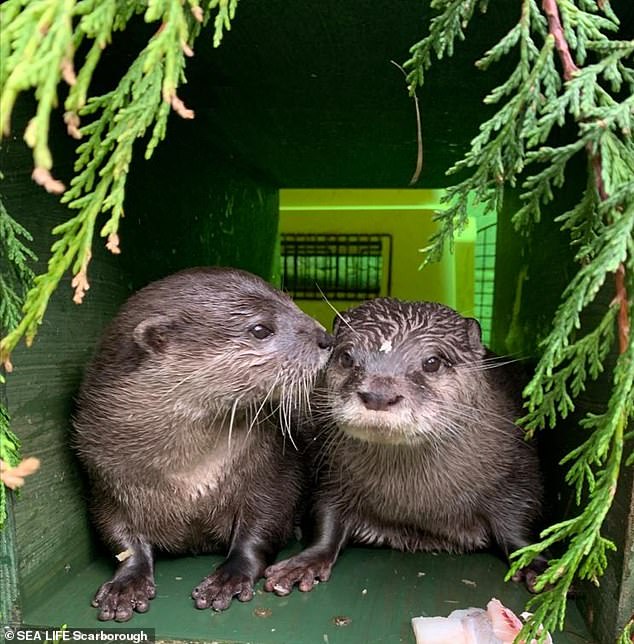 Harris moved from The Cornish Seal Sanctuary in Gweek to live with Pumpkin at SEA LIFE Scarborough, North Yorkshire

Eventually the two homes found that they were both looking for partners for their respective otters and exchanged WhatsApp messages and pictures to see if the animals were compatible.

The decision was then made for Harris to be moved from his Cornish home to the Scarborough site on the Yorkshire coast.

Introducing Asian short-clawed otters, such as Harris, can be difficult so the SEA LIFE team introduced him to Pumpkin’s territory so that he could more easily submit to her on their first meeting.

SEA LIFE Scarborough said that the pair hit it off well and have been on a number of ‘dates’ together. 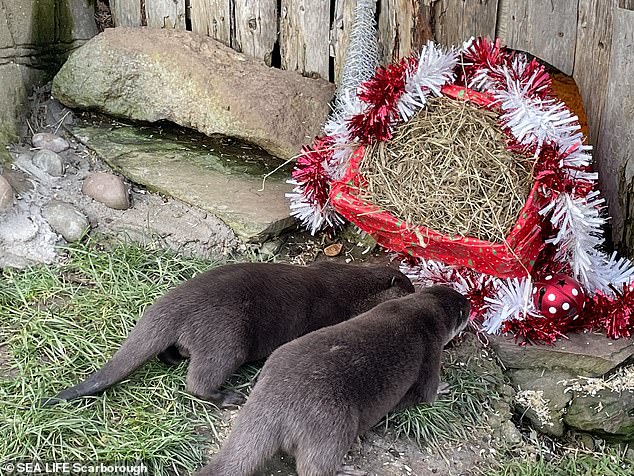 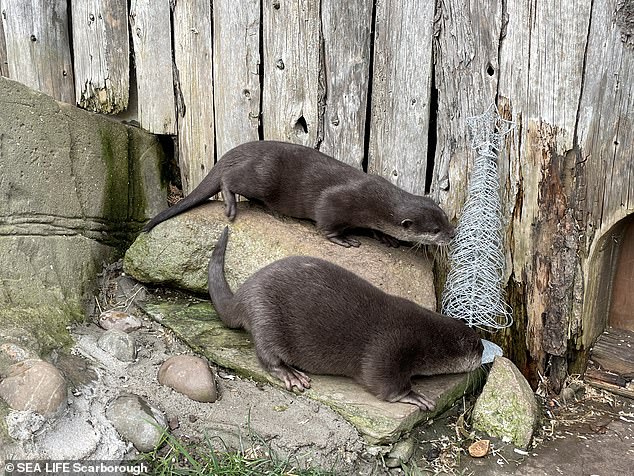 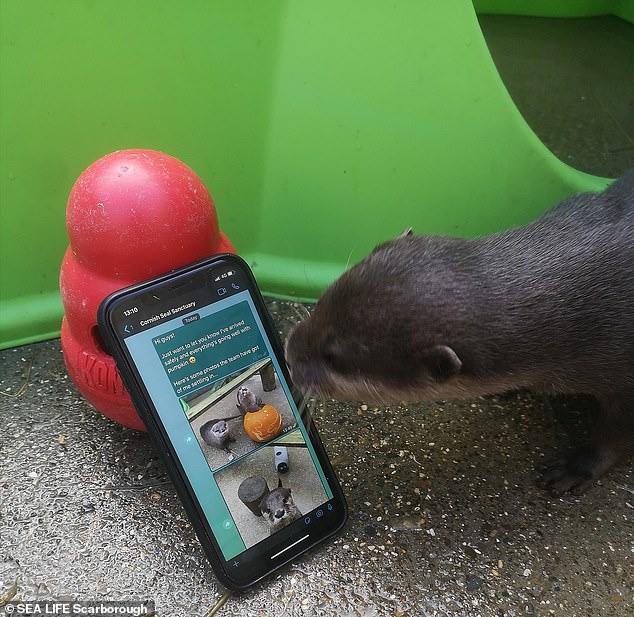 Although his old family in Cornwall were sad to see Harris leave, he keeps them updated on his progress over WhatsApp

‘We can’t wait for our guests to meet the happy couple when we reopen our doors on Wednesday 2nd December.’

The couple have now moved into their new home together where visitors will be able to see them.

Tamara Cooper, curator at the Cornish Seal Sanctuary, said that although it was sad to see Harris leave, they were pleased he managed to get his ‘fairytale’ romance with Pumpkin in the end.

The Cornish team are kept up to date on how Harris is doing over WhatsApp.