Time to block that number! Twitter account curates the most desperate and toe-curling messages sent by exes – and they might just put you off dating for life

Any woman who’s ever received an unsolicited text from an ex-partner will be able to sympathise with these horror stories.

A collection of funniest, most desperate and downright creepy messages from ex-boyfriends have been curated on an anonymous Twitter account that’s racked up almost 40,000 followers in the space of a week.

The tongue-in-cheek Twitter page sees women submit screen shots of toe-curling conversations with their exes to be ‘rated’ out of ten by the anonymous page owner – and the viler the comments, the lower their score.

From desperate pleas for nude photos to crude insults, they might just put you off dating forever. 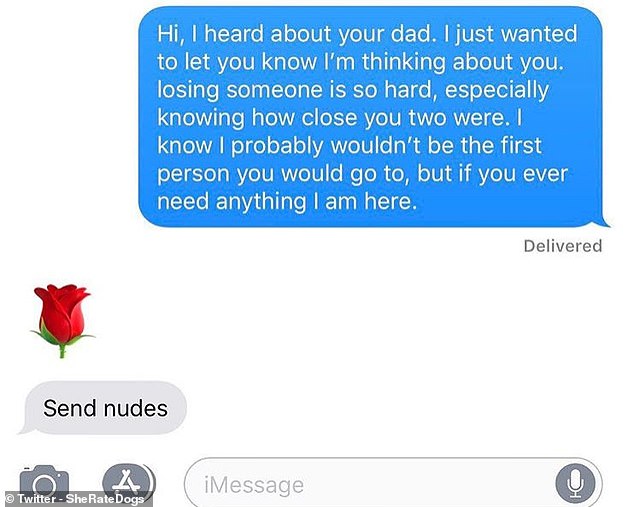 One man’s response to condolences on losing his father was a plea for nudes. He was given a score of minus six by the page owner, who wrote: ‘It’s not even safe to try to console them’ 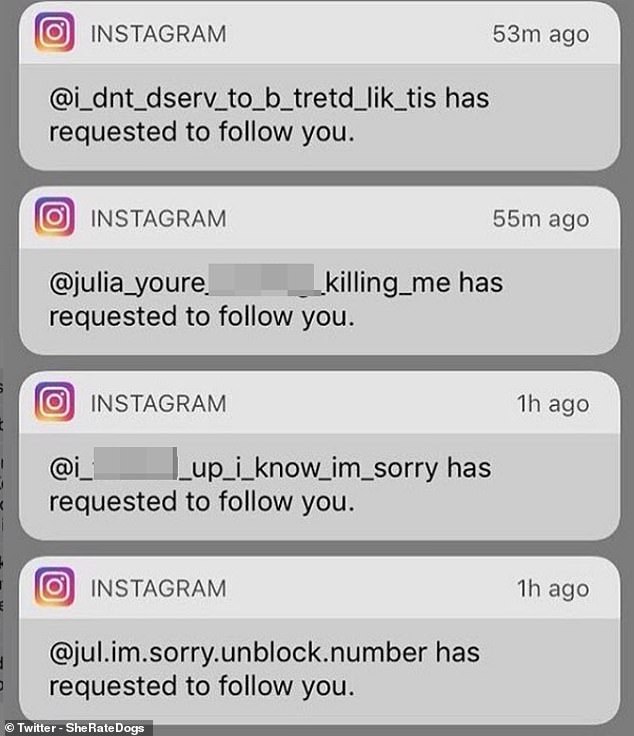 Desperate measures: One man was so desperate to get back in touch with his ex, after she blocked him on Instagram, he created multiple fake accounts to try and contact her 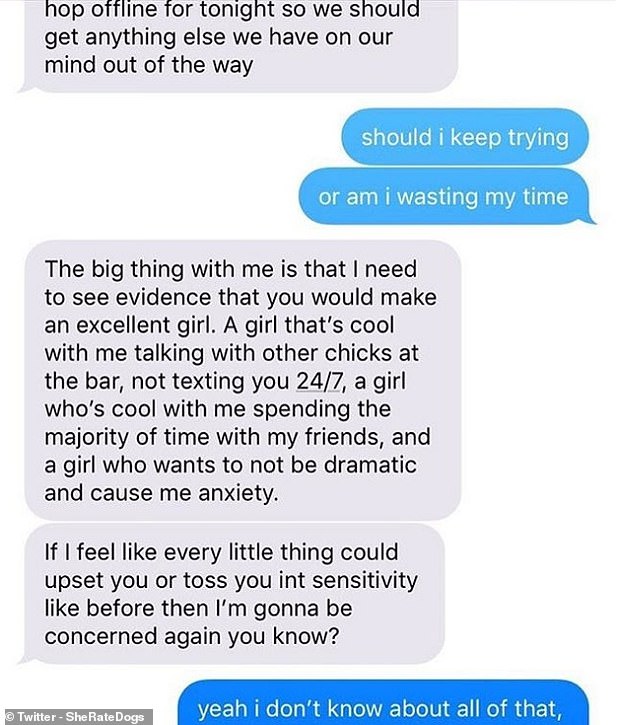 Picky: This man had a long list of requirements for any potential partner, including being ‘cool with him talking to other chicks at the bar’ and ‘not be dramatic and cause him anxiety’. The page owner commented: ‘If he gives you a set of rules like this u rly gotta run (-4/10)’ 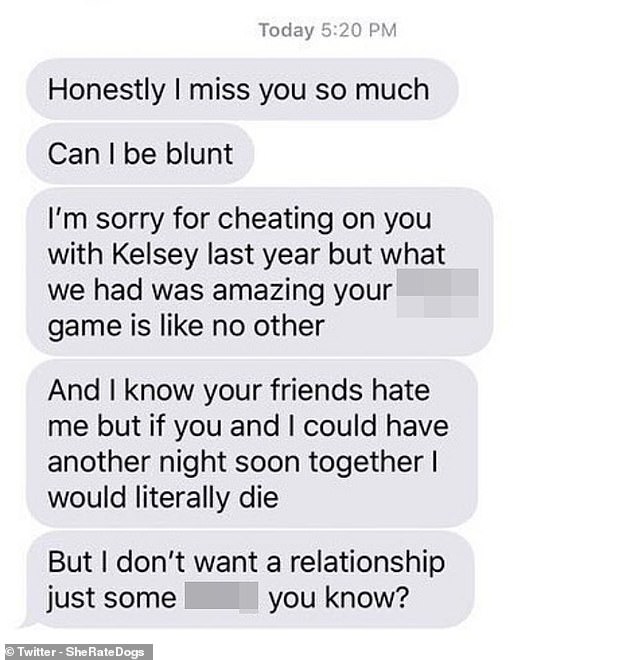 Rude: One man made it clear that there was only one thing on his mind – but he ‘didn’t want a relationship’. He was given a paltry -4/10 by the page owner, who wrote: ‘This seems to be their favourite compliment?’ 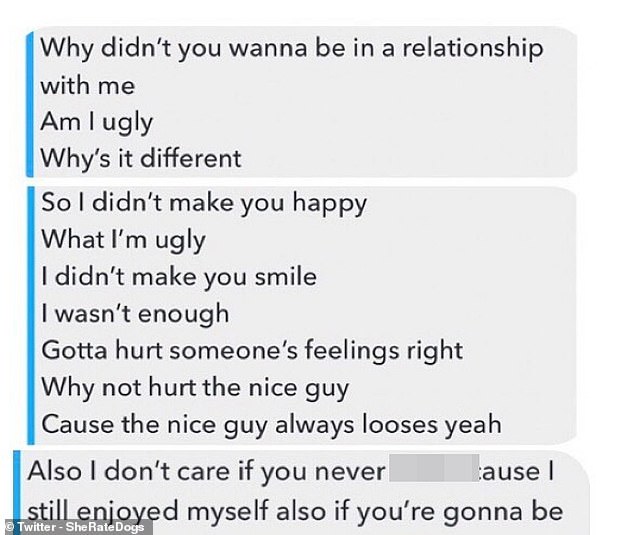 Desperate: This ex boyfriend apparently couldn’t take no for an answer as he bombarded his former lover with messages despite receiving no reply. He was given a -3 rating online 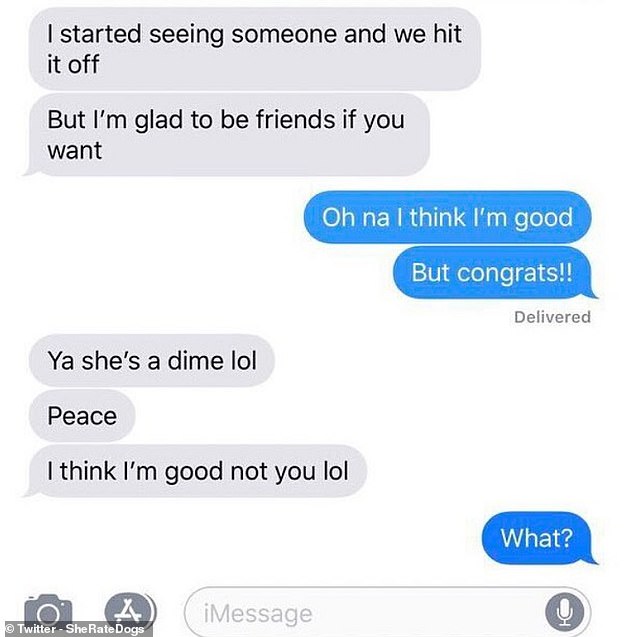 Crude: Despite receiving a mature response to the news that he had met someone new, this unnamed man couldn’t help shoehorning in an insult to his would-be lover. According to the woman who shared it, the exchange come just a day after they first started talking 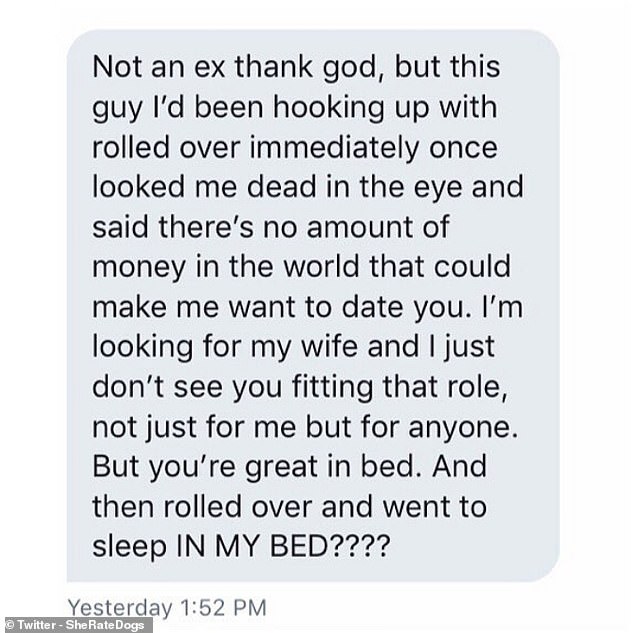 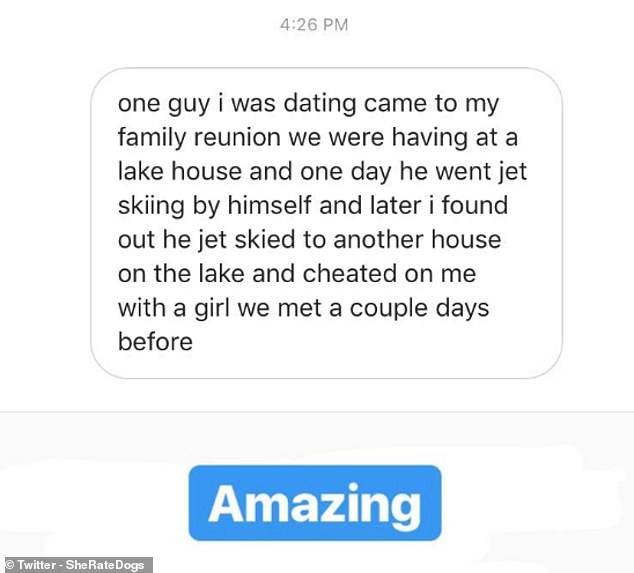 Top marks for creativity! This man jumped on the opportunity to visit his secret lover – by jet ski – while staying with his girlfriend at his family’s lake house